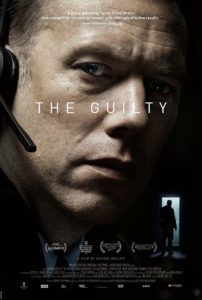 This is a repost of our review from Sundance 2018. The Guilty opens Friday.

Told over the course of one harrowing evening in Denmark, Gustav Möller’s The Guilty presents a tense thriller while keeping the viewers, and our protagonist, Asger (Jakob Cedergren), fixed in one location. Through the actions of this stressed-out emergency dispatcher and the horrific events happening on the other end of the line, this is the definition of a less-is-more film that will keep audiences hooked until the bitter end.

A down-on-his-luck police officer, Asger has been forced to work second shift at the emergency call center for reasons that aren’t entirely clear from the onset. He’s got a big court date in the morning, and while he manages to carry out his duties, he’s clearly distracted by what’s ahead of him. 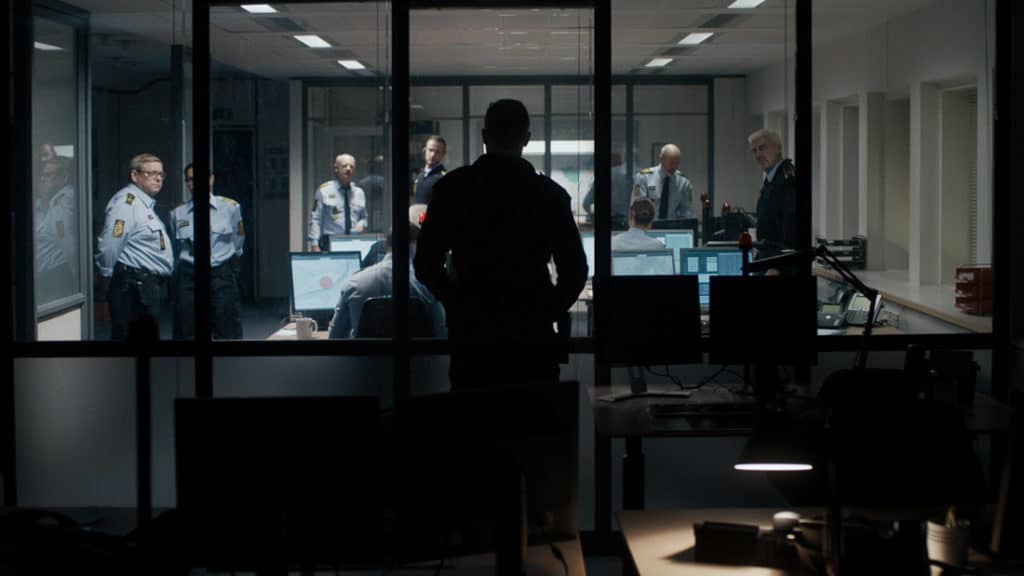 After fielding a few humorous non-emergencies, Asger receives a call from a woman who appears to have been kidnapped and was able to call 112 (our equivalent of 911) under the guise of contacting her young daughter. What proceeds is a race against the clock as Asger must put together the pieces of who this woman is, why she was kidnapped and by whom, and where they are.

Möller smartly keeps the point of view solely Asger’s for the entirety of the film, only giving us the information Asger himself has at his disposal. This not only ramps up the tension, with frantic calls coming in and going out to other dispatchers and squadcars looking for the woman, but it also allows our minds to run wild with what this scenario looks like in the field.

Aiding this technique is some expertly crafted sound editing, including all the various beeps and button presses of Asger’s phone. Every nuanced background noise coming from the other end of the line all adds context to the situation and provides a thrilling supplement to what is ostensibly a man with a headset sitting in front of a computer. 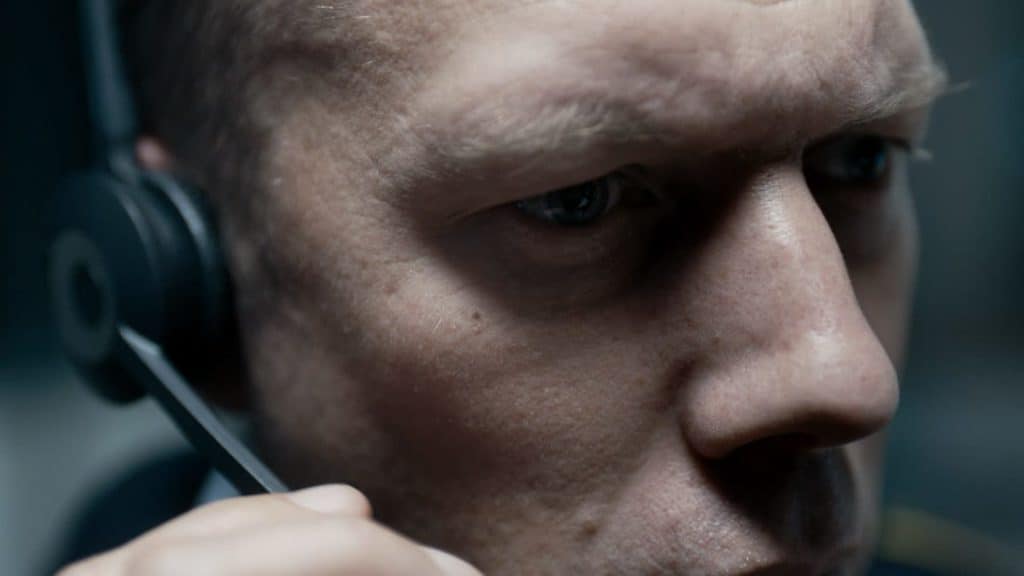 As Asger begins to go off book and become personally attached to the woman, his behavior becomes more erratic, and certain truths about his impending court date come to light. Though this revelation could add to his state of being and clue us in on why he’s actively disobeying orders in an attempt to help this woman, it felt underdeveloped and ultimately added little to the narrative.

At times I was asking myself if this would have worked better at a short film as well, considering the pace grinds to a halt in several places, easing the tension but resulting in a fleeting feeling of tedium. Still, The Guilty is an entertaining and inventive thriller that contains a few interesting twists and some top-notch performances and sound design.