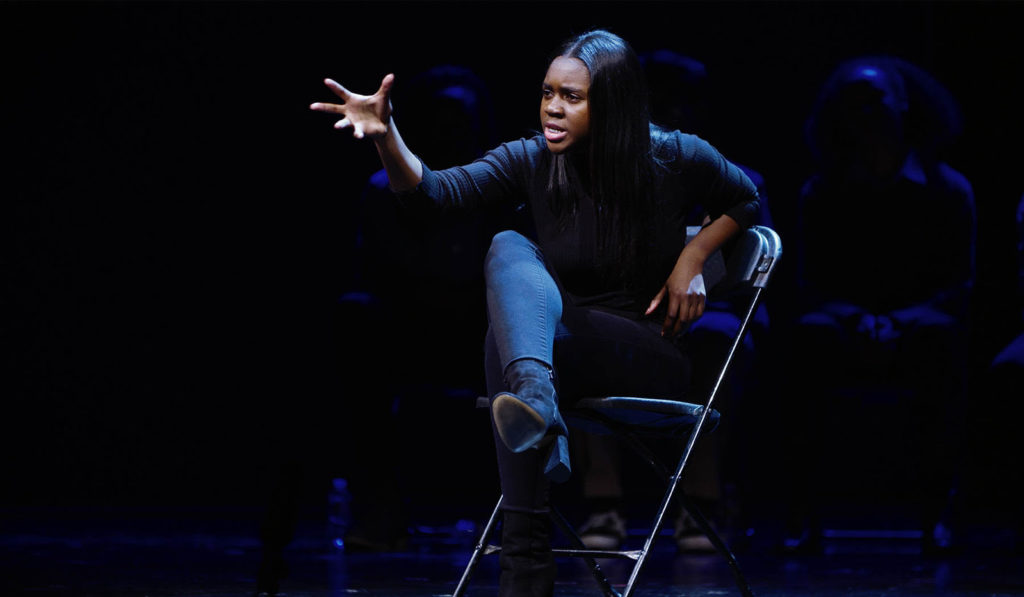 The final award from this year’s Sundance Film Festival has been announced, with James D. Stern and Fernando Villena‘s Giving Voice winning the Festival Favorite Award. The film follows six students who are competing in the August Wilson Monologue Competition in New York.

Take a look below for the full release including the runners-up.

The Festival Favorite Award is the 29th and final recognition bestowed on this year’s features, including juried prizes and category-specific Audience Awards; others were announced at a ceremony in Park City on February 1, and a full list is available here. Runners-up and close contenders for the Festival Favorite Award – besides the Audience Awards per category given out on Saturday, titles that also ranked high with festivalgoers include Boys State, On The Record, Binti, Crip Camp, The Fight, The Reason I Jump, Softie, Uncle Frank, and Welcome to Chechnya.

Giving Voice, directed by James D. Stern and Fernando Villena, follows the lives of six students as they compete against fellow high schoolers from around the country in the riveting, high-stakes August Wilson Monologue Competition in New York City. As they hone their individual performances, Wilson’s singular talent and artistry empowers them to find their own voice and persevere in an increasingly complicated world.The film was produced by James D. Stern, Karen Bove, Fernando Villena, Schoen Smith and Craig Piligian.

“This film is a compelling and inspiring portrait of six remarkable young people as they discover their power,” said John Cooper, Director, Sundance Film Festival. “We’re thrilled that it resonated with audiences at this particularly exciting moment in our culture, where we see the next generation of leaders, artists, and change-makers stepping out, speaking up, and finding their voice.”

Runners up for the Festival Favorite, as ballots were counted, include:

Other close contenders for the Festival Favorite were:

Binti / Belgium (Director and Screenwriter: Frederike Migom, Producer: Katleen Goossens) — Twelve-year-old Binti dreams of becoming a famous vlogger like her idol Tatyana. But when the police raid her home, and try to deport her and her dad, they are forced to flee. Together with her friend Elias she now plots the perfect plan to stay in the country. Cast: Bebel Tshiani Baloji, Mo Bakker, Joke Devynck, Baloji.

The Reason I Jump / United Kingdom (Director: Jerry Rothwell, Producers: Jeremy Dear, Stevie Lee, Al Morrow) — Based on the book by Naoki Higashida this immersive film explores the experiences of nonspeaking autistic people around the world.

Softie / Kenya (Director and screenwriter: Sam Soko, Producers: Toni Kamau, Sam Soko) — Boniface Mwangi is daring and audacious, and recognized as Kenya’s most provocative photojournalist. But as a father of three young children, these qualities create tremendous turmoil between him and his wife Njeri. When he wants to run for political office, he is forced to choose: country or family?