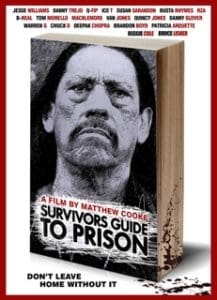 Back in 2012, documentary filmmaker Matthew Cooke took on America’s war on drugs by producing the provocatively titled How To Make Money Selling Drugs, and now, six years later, Cooke is releasing what could be considered a companion piece, The Survivor’s Guide to Prison.

Presented in the same how-to guide format as his previous feature, Cooke dismantles the American justice system piece by piece, highlighting each stage that one might encounter, from handling aggressive police officers and managing an interrogation to surviving county lockup and more. Though it is presented as an instructional video, there’s an underlying cynicism to its rules that expose the system for the broken, corrupt and sometimes barbaric institution that it is.

Narrated by Cooke and Susan Sarandon (who won both an Oscar and SAG award for her role in the prison film Dead Man Walking), the film is comprised of interviews with several individuals wrongfully convicted of crimes that they did not commit, telling their stories and correlating them to the specific segment in the film. The exonerated men and women interviewed put faces on and names to the horrors of the system and remind the audience that these are human beings whose lives are taken from them due to corruption, greed, and negligence.

Along with these tragic interviews, Cooke employs a cornucopia of sometimes seemingly random celebrities to espouse facts and statistics about the criminal justice system. While Danny Trejo handles the bulk of it, others include Chuck D., RZA, Warren G, Busta Rhymes (in a particularly candid and sad interview), Patricia Arquette, Quincy Jones, Danny Glover, Russell Simmons, Tom Morello, Cynthia Nixon, Ice-T, Jesse Williams, Q-Tip and Macklemore, among others. 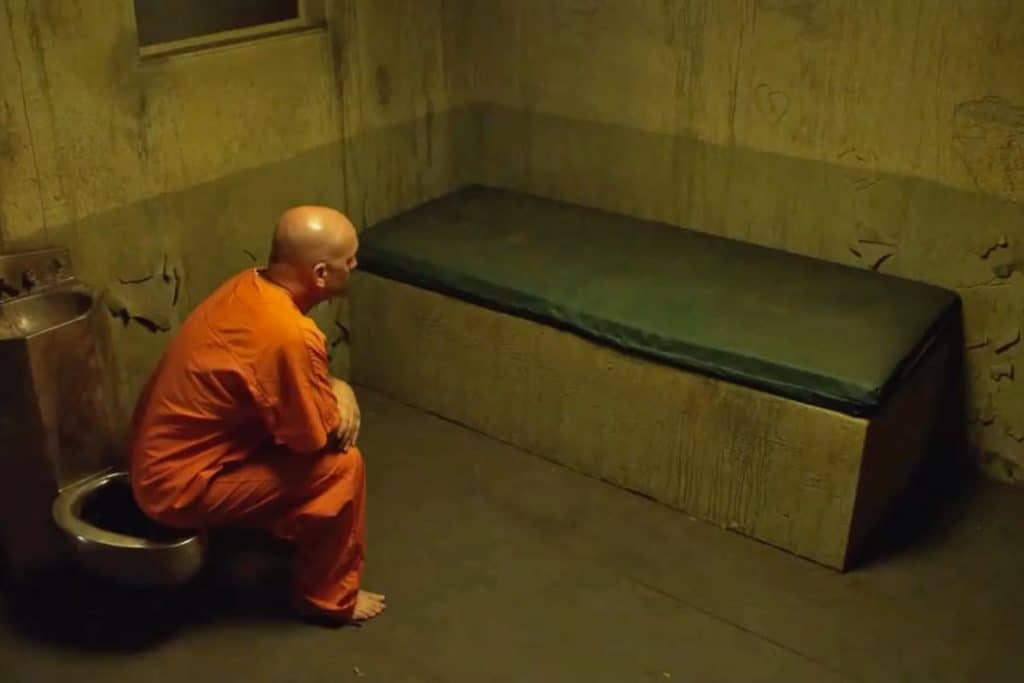 Having all of these celebrities involved at once feels completely unnecessary, and at the same time, it’s a great way to push across the message. Cooke does also interview experts in the various facets of the system, but they’re often overshadowed by one of the celebs, who frequently just show up to recite a fact. While this can easily be considered pandering, Cooke’s message is one that all people should know and understand, and who better to reach a mass audience than celebs?

I’ve seen dozens of documentaries on our broken justice system, but few cover as many topics as The Survivor’s Guide to Prison. Although some of the others may take a deeper dive into a specific area, this film presents the information in a broad, palatable manner, avoiding an overabundance of facts and figures while still giving us enough statistics to feel outrage.

It’s a bit rough around the edges, feeling more like a disjointed MSNBC or CNN special report rather than a feature-length theatrical documentary, but it’s the content that’s important, and Cooke knows how to present a metric ton of content in a digestible way. The Survivor’s Guide to Prison is a film that, though it may be a bit too boisterous for its own good, is nonetheless one that everyone should see and talk about. As the director states before the end credits, he’s looking to create a movement from this, and for all our sakes, I hope he succeeds.