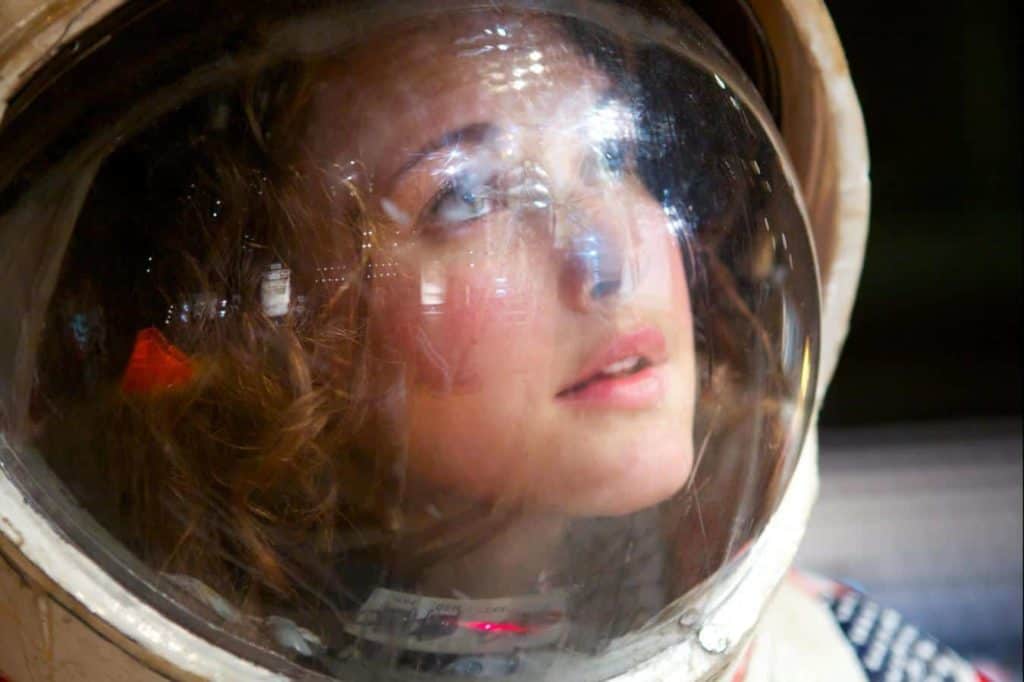 The emphasis in the title for A Space Program should be placed on the indefinite article. Despite the omnipresence of NASA branded materials, the outfit depicted in the film is definitely not “the” space program. It’s a fabricated collective staging a handmade journey to Mars. The environs of this space program are quite literally fabricated, built out of plywood, construction paper, and other materials. While the ambition and execution with the building and staging of the mission are immensely impressive, the movie that celebrates it doesn’t approach the same type of lo-fi grandeur.

In 2012, artist Tom Sachs unveiled his installation entitled Space Program 2.0: MARS in New York City’s Park Avenue Armory. The building of Sachs’ space program was rooted in the idea of bricolage – constructing something from a range of available things. I guess someone happened to have a Winnebago lying around to use as a science lab.

The set begs to be explored – from the bank of TV monitors doubling as Mission Control topped by “Applause” and “Quiet Please” signs from a talk or gameshow set, to the plywood spacecraft and spacesuits made from Tyvek FedEx envelopes. The “how” of constructing these things is much more interesting than what they are used for when the actual staged mission begins.

We’re introduced to various crewmembers who give an overview of their duties, from fabricators to the astronauts. The voiceover describing the proper epoxy mixture or the merits of plywood in construction are enough of a hook to pull us in and make us curious as to how this whole thing comes together.

Unfortunately, too much of the short 72 minute runtime – much shorter if you remove the extended end credits delivered on an automated scroll of construction paper – is devoted to the actual illusory mission of searching the wooden surface of Mars for life. By the time we get to “seeding” the planet with a poppy seed bagel and cream cheese almost all the wonderment is gone; replaced with tedium. I also could’ve done without the intricate close-up of a simulated space bowel movement. The Jack Daniels bar in the spacecraft was kind of neat, though.

The movie doesn’t really explore the inspiration behind doing all of this in the first place and is flat as a result. As arts and crafts, Tom Sachs’ installation is amazing; as a film A Space Program lacks the same kind of pioneering, can-do spirit. If it moves someone to check out the actual installation, that’s great, but the filmic representation of the art fails to capture the tactile charm.