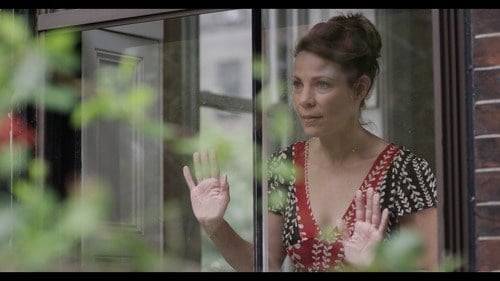 Being diagnosed with breast cancer is a devastating discovery, one that ignites a flurry of thoughts, a multitude of questions and concerns or it could elicit the opposite response – total shock shutdown. Either way, it’s an exhausting and emotionally draining existence in most cases as the person needs to deal with a number of issues that tag-along with a cancer diagnosis – questions regarding treatment options, medication and their side effects, surgeries, tests, work restrictions and so on. Now imagine during that initial flood of worries and what-ifs the first bit of follow-up news you receive is that the cancer has metastasized and it’s incurable.

That’s exactly where we find writer/director Alex Sichel (1997’s All Over Me) from the start of her documentary/fiction hybrid, A Woman Like Me, which chronicles her life post-diagnosis and it’s effects on her and those closest to her (her husband, Erich, and their daughter, Anatasia). Sichel, along with co-director Elizabeth Giamatti, intertwines the documentary footage within the fiction feature she is currently working on (with Lili Taylor playing a fictionalized version of Alex) while both incorporate a number of styles in their own right. 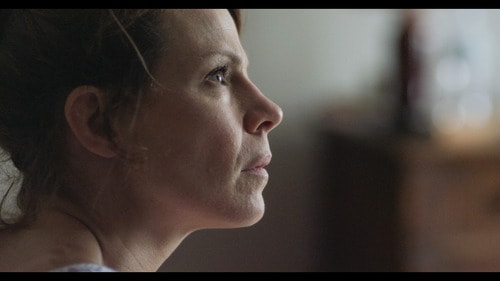 The documentary portions mix talking head interviews with various family members and confessional style footage along with regular cinema-verite style shadowing. Moments of reflection and introspection are interspersed throughout a mosaic of doctor visits, chemotherapy treatments, and domestic interactions all work together to present the hectic, worry-filled life Sichel’s world has become. Although, while most things change, some stay the same as the camera captures brief glimpses here and there of a normal, cancer-free life as Alex gets to witness her daughter ride a training wheel-free bike for the first time or the marital squabble resulting from whether or not to serve dinner to cameraperson, who shifts the camera’s gaze to Anatasia counting raindrops.

If A Woman Like Me sounds a bit disjointed and scattershot that’s because it is. This isn’t a polished documentary combing over every development with detail and context, nor is it a comprehensive account of the ins-and-outs of life with cancer – treatments, statistics and side effects. The docudrama hybrid, rather, resides in the present, in the moment of Alex Sichel’s diagnosis and its aftermath, following along as a visual document as Alex (and her family) attempt to figure out where to go from here. What path to take.

The end product is a bit unorganized and unfocused as the film jumps around from the making-of portions to the family interviews to the Buddhist temple retreats. Numerous subjects are merely touched upon instead of fully delving into the complexities of each (the holistic methods, Erich’s drinking and whether they should discuss her terminal illness with their daughter), but then again it seems senseless critiquing A Woman Like Me. Over time, you begin to realize that this film probably wasn’t made for audiences, but more so a time-capsule for her daughter and for her family. A film for herself, an attempt to make sense of it all, a coping mechanism committed to film.