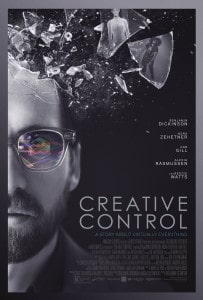 Benjamin Dickinson’s second feature film, Creative Control, plays with the idea of future tech, but handles it in a much more subtle way, focusing on the relationships of the characters rather than the technology they’re using. It’s a quirky black comedy that takes place mere minutes in the future, and it proves to be both funny and darkly prophetic.

The film stars writer-director Dickinson as David, a young advertising exec who just landed the client of his career – a tech startup that developed a new type of augmented reality called Augmenta, a mobile computer that is housed in a pair of stylish eyeglasses. As David works day and night prepping the ad campaign for Augmenta, his relationship with his girlfriend, a Yoga instructor (Nora Zehetner), starts to become strained. 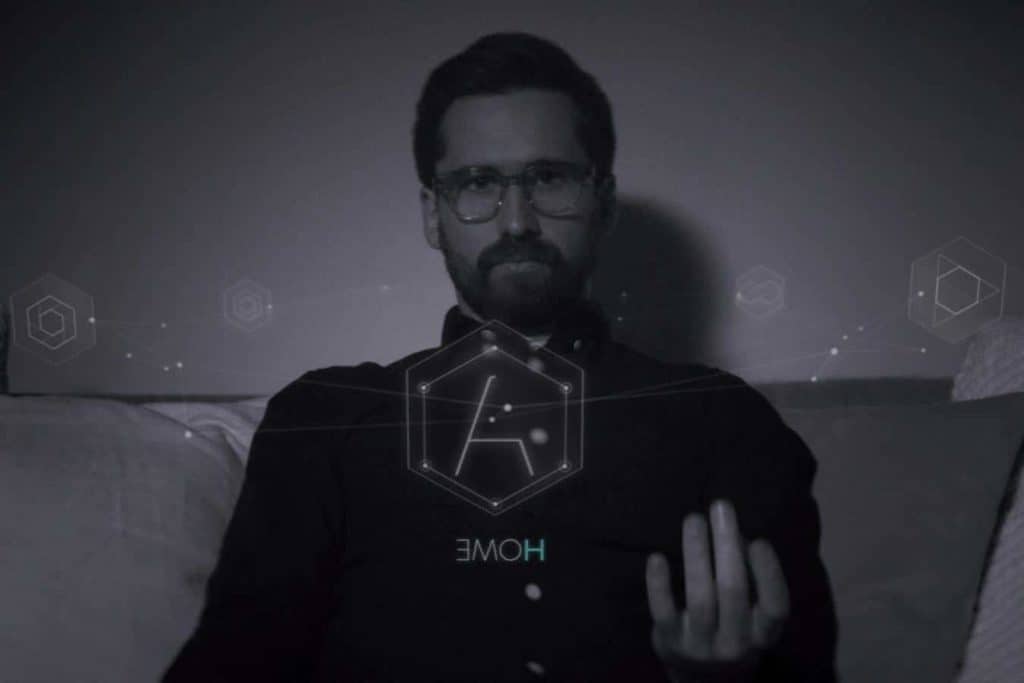 Shot in gorgeous anamorphic black and white, the film’s visuals are its strongest component. Impeccable framing, long takes and astute cinematography help introduce the viewer to this future New York that looks a whole lot like our presen-day New York, with some nuanced upgrades. Black-and-white film tends to shine at two ends of the spectrum – either very gritty and dirty looking or very crisp and clean – and Creative Control goes for the latter. Everything looks spotless and minimalistic, accentuating the grey color palette. I don’t know what made Dickinson roll the dice on black and white, but it worked out wonderfully.

Rather than focusing on the tech itself, the film puts the characters in the foreground and instead shows us how this technology can shape our thoughts and feelings. As David’s relationship begins to falter, he uses his Augmenta glasses to construct a three dimensional model of his best friend’s girlfriend, for whom he quickly develops feelings.

As David uses the glasses to enhance the model and the mounting stresses of work start to weigh on him, his perception of reality becomes blurred, and he finds it difficult distinguishing between the real woman he’s fallen for and the CG model in the glasses.

There are several perspective changes throughout the film – sometimes following David’s girlfriend as she navigates her career and how she’s coping with her failing relationship and sometimes David’s best friend (Dan Gill), a fashion photographer who begins having an affair with one of his models. Although Creative Control feels very much like David’s story and his effect on those around him, the pull-in focus gives the film the feel of an ensemble piece.

Creative Control is not so much a cautionary tale of how things could be in the future but more a reflection of the path down which we’re heading. It’s a film that contains some shallow, unlikable characters, but it’s offset by some great comedic levity from Reggie Watts, H. Jon Benjamin and Himanshu Suri from Das Racist. If you’re looking for Gattaca, Creative Control isn’t for you, but if you’re in the mood for a well-scripted, light, science fiction movie that’s heavy on character development, this one isn’t to be missed.