A new poster for Megan Griffiths‘ Sadie has been released ahead of its premiere at this year’s SXSW. The film stars Sophia Mitri Schloss as a daughter who decides to take extreme measures to get rid of her mother’s new boyfriend after her father goes on back to back deployments in the military. The film also stars Melanie Lynskey, John Gallagher Jr., Tony Hale, Keith Williams, and Danielle Brooks.

Sadie will be making its world premiere on March 10th in Austin.

SADIE is the story of a 13-year-old girl (Sophia Mitri Schloss) who lives at home with her mother (Melanie Lynskey) while her father serves repeated tours in the military. Sadie is extremely attached to her father despite his prolonged absence, and when her mother begins dating a new man (John Gallagher Jr.), Sadie takes extreme measures to end the relationship and safeguard her family through the only tactics she knows – those of war. 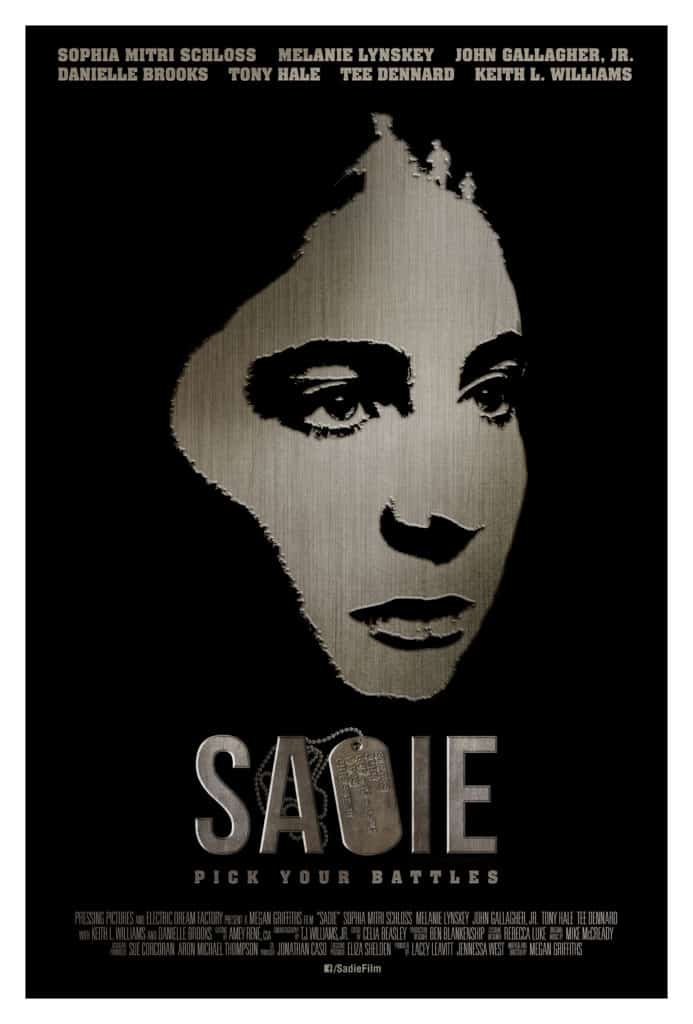