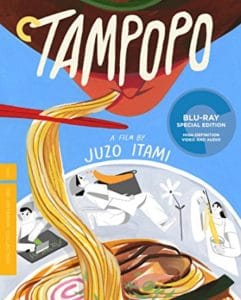 Juzo Itami’s self-described “ramen Western” film from 1985, Tampopo, has finally found its way to Blu-ray through the Criterion Collection. Within the past year or so, Tampopo has seen a bit of an increase in terms of interest and recognition which appears to have played into its inclusion on the Criterion shelf; at least, that’s the way it appears to me considering I’ve noticed a flurry of mentions and discussions of the film recently when before I had not even heard of it.

Like much of their other offerings, the mere availability of the film – presented with a new 4K digital restoration – could suffice but Criterion goes the extra mile by loading the disc with a multitude of extra features. Alongside the film, which also exists with brand new subtitling, you’ll find a plethora of supplements that work well in providing an understanding of the film and its production, while also highlighting Tampopo’s impact outside of the film world.

Of those included, the most essential would be the behind-the-scenes documentary/director’s commentary hybrid that plays much like the director’s commentaries we’ve come accustomed to yet more comprehensive and thus, more engaging as Itami couples his commentary on the film and its production with extensive behind-the-scenes footage of the production. Just about every facet was recorded at the time and Itami guides the viewer through not only the logistics of its making but also the reasoning and intent behind every decision. 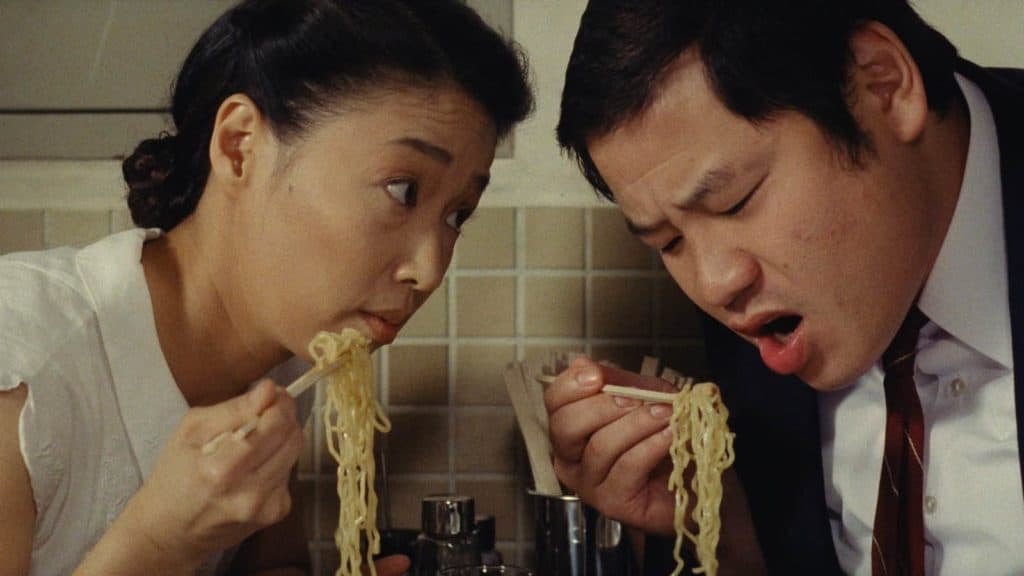 It plays much like a standard commentary track that usually accompanies the feature film, although in this instance Itami is able to provide a discourse on the finer points of filmmaking. Ample time is spent in and around the aspects of the film’s creation that do not normally garner such attention (at least not on-screen), plenty of footage highlighting the men and women behind the scenes, integral to the film, is supplied. From the costume designer’s attempt to compile the eighty or so outfits needed to the makeup department transforming faces into Itami’s ideal, it seems like Itami takes the time to showcase the hard work and contributions put in by his crew, more so than just a brief mention.

Criterion takes that lead and continues down that path by including an interview with the film’s food stylist, Seiko Ogawa, who was in charge of Tampopo’s consumables department and interviews with a couple of ramen shop chefs and entrepreneurs. In the former, Ogawa discusses the various foods that needed to be prepared for the shoot, the variations in quality, and how she was able to create what would be the film’s most important prop – the food. The latter, provide an insight into the far-reaching influence of Itami’s Tampopo which extends beyond cinema.

The curated supplements of Criterion’s Tampopo Blu-ray edition round out what should already be considered a desirable release (what with the 4K restoration) and converts it into a must have. The definitive Tampopo release, one with a substantial spread of extras that make for a fulfilling viewing experience, one that attempts to lead you towards a deeper appreciation of not only the film but what the film represents.