A new trailer and poster have been released for Ted Geoghegan‘s upcoming action-horror film Mohawk, starring Kaniehtiio Horn, Justin Rain, Eamon Farren, Noah Segan, Jonathan Huber, Robert Longstreet, and Sheri Foster. The film revolves around a Mohawk warrior taking on an American military unit who’s hunting her. This is one that’s been on my radar for quite some time and I’m very excited to finally get to see it.

Dark Sky Films will be releasing Mohawk in theaters and on VOD platforms March 2nd.

After one of her tribe sets an American camp ablaze, a young Mohawk warrior finds herself pursued by a contingent of military renegades set on revenge. Fleeing deep into the woods they call home, Oak and Calvin, along with their British companion Joshua, must now fight back against the bloodthirsty Colonel Holt and his soldiers – using every resource both real and supernatural that the winding forest can offer. 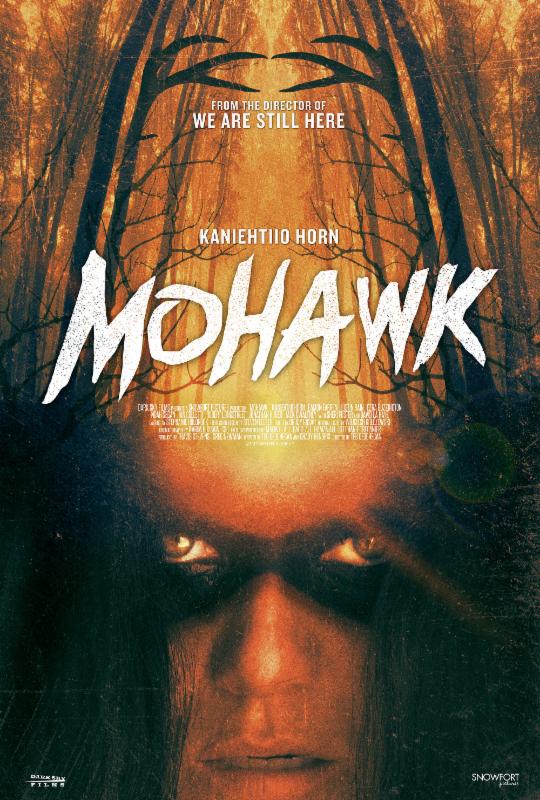