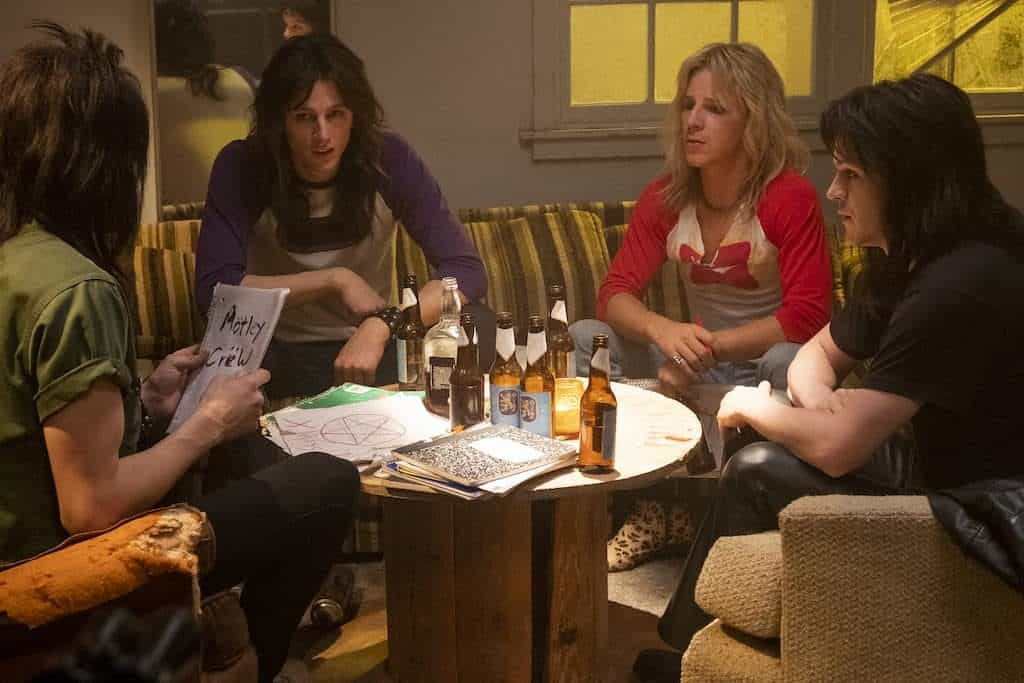 The Dirt Confessions of the World’s Most Notorious Rock Band was a lively, raucous text that detailed the debaucherous exploits of heavy metal band Mötley Crüe with a balanced approach, peppering in moments of clarity and revelation among the celebratory outrageousness of their bacchanal-esque partying.

As four shock rockers whose stories of indulgences in the sex and drugs of rock ‘n’ roll often precede the music that gave them that access to those indulgences in the first place, The Dirt is a revealing read that should have translated into a more enjoyable biopic format based on the source. Under the creative helm of Jeff Tremaine, whose best known work with the motley crew of Jackass constitutes an equally debaucherous narrative of self-destruction for cheap thrills, The Dirt takes the shape of an extensive ego massage to the aging members of Mötley Crüe by providing them with a two-hour reminder of their former coolness and how even 30 years later their hard living, hard rocking lifestyle has never been surpassed.

As a film lacking in any self-awareness to be slightly critical of its four rock gods at the core of its narrative, it is hard to see who exactly this film is for outside of the band themselves. Structured traditionally – almost formulaically – for a biopic about a band, following the band from their formation, string of releases in their peak period in the 1980s and their break up and reformation in the 1990s, the film makes the telling decision to focus less on their music and more on their various addictions and acts of wanton self-destruction. 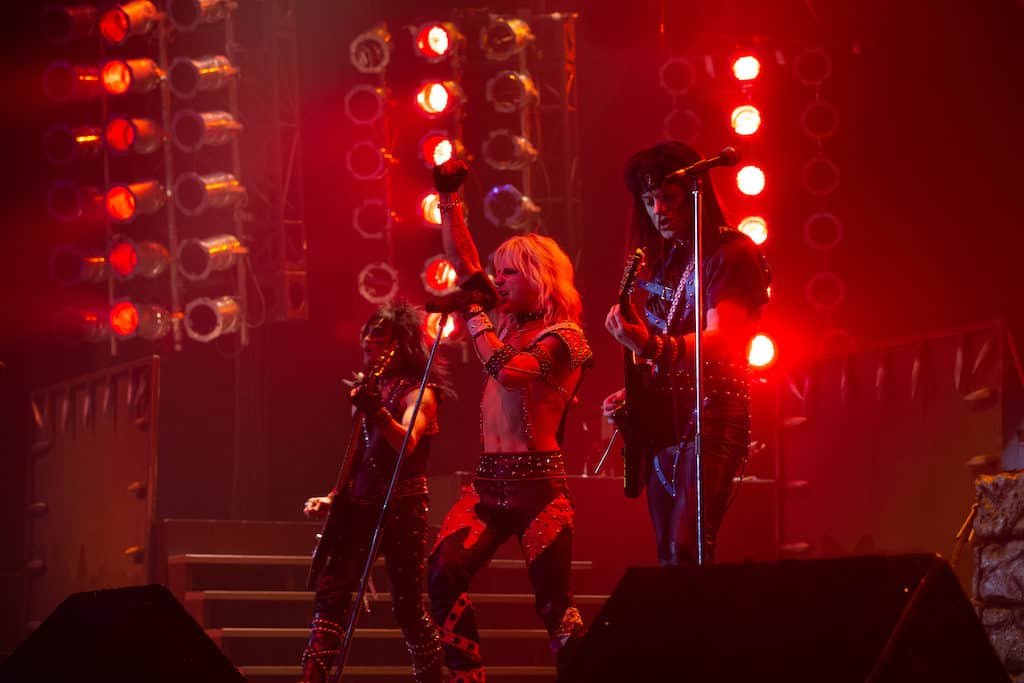 The Dirt itself cannot convince you that Mötley Crüe as a band is that interesting because the music that you’d expect them to be known for is almost tangential to the film itself. In between facile scenes of songwriting, performing and studio work, where their brevity extends to both their length and their level of insight, the sheer bulk of the film is constructed out of repeating scenes of drug use, unmitigated sex and unshackled partying, which offer nothing beyond the initial shock of rockstar excess.

Fans of the band already familiar with their history could potentially find enjoyment in seeing their more notorious moments realized on the big screen, yet for anybody else Tremaine and writer Rich Wilkes thinly make the case for what exactly differentiates Motley Crue from any other band of the era or why they are deserving of this biopic treatment

The film hits the basic points of the band members’ careers while lacking the critical wherewithal to probe into any of these events to track their significance over the course of their collective history. Far too preoccupied with reminding you how “outrageously fucking awesome” these “dudes” are, the moments of self-realization and clarity that made the source material tolerable are excised and watered down to a tedious degree. 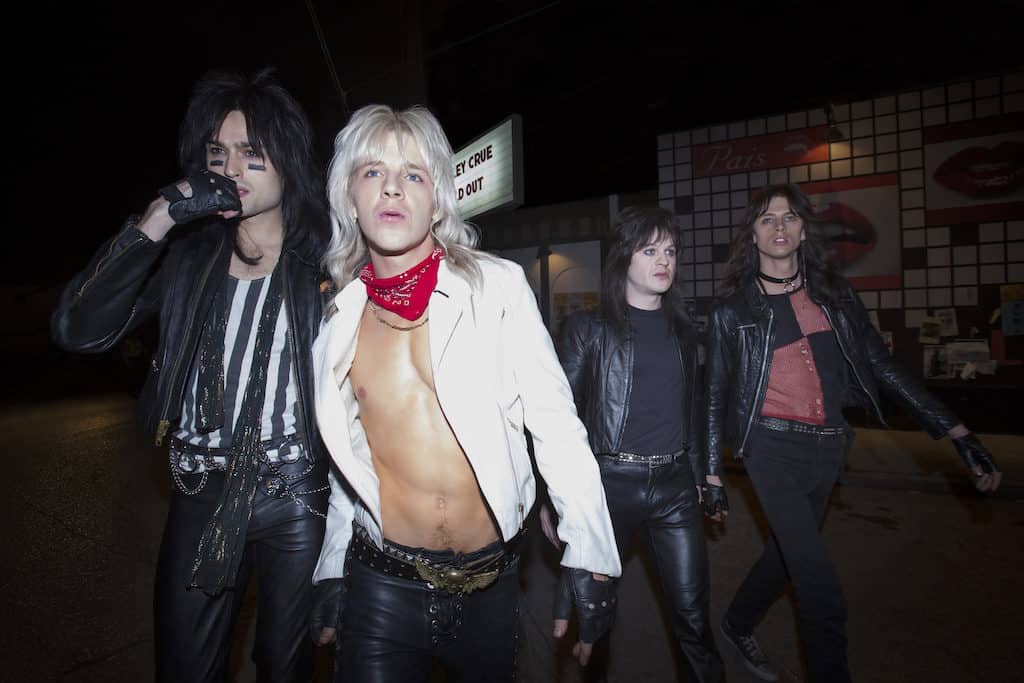 A scene indicative of this occurs when Tommy Lee assaults his would-be fiancée, who was cheating on him with Nikki Six, only for Tremaine to transition directly to another party scene without another mention. Revelatory and sobering moments, such as the vehicular manslaughter of Razzle or the heroin overdose of Nikki, are included insofar as they happened in reality but rarely do they inform the story.

The Dirt is all surface shock and perfunctory substance that I suspect even the hardest of hardcore Crüe heads will feel too familiar to be engaged by. Even glossing over the film’s awkward pacing, middling performances and habitual exploitation of women’s bodies, the cardinal sin of Tremaine’s film is that it offers little in terms of understanding behind the music, the debauchery or anything between.

Say what you will about Bohemian Rhapsody, but at least it took the care to underline the importance and significance of Queen as a cultural entity. The Dirt only takes the care to ensure you that the members of Mötley Crüe got laid a lot, did every drug known to man and wrote some albums here and there along the way.