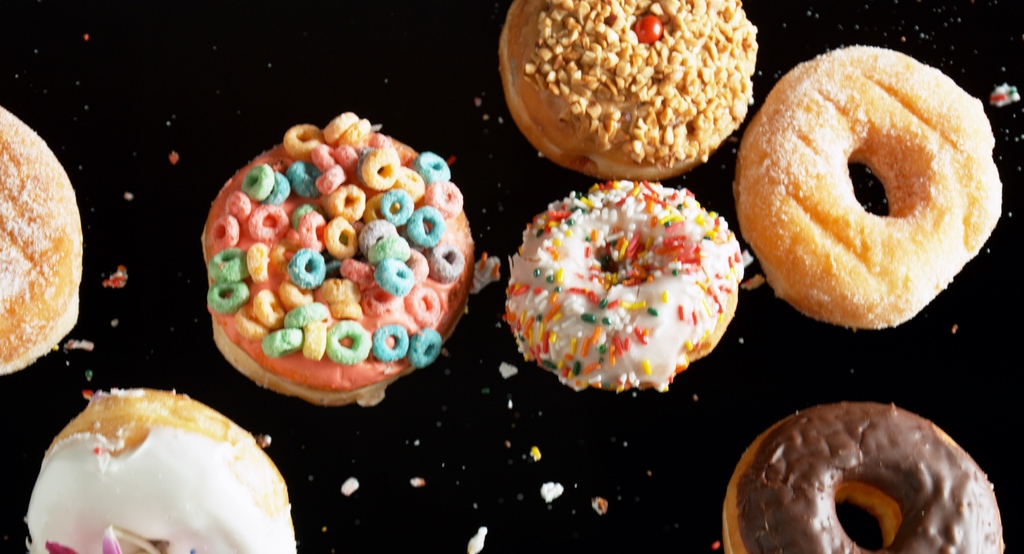 Alice Gu’s documentary traces Ted Ngoy’s historic 44 years in the donut-making business and the indelible mark his self-sufficiency/business acumen has left on California and what led him to, at one point in time, be known as the Donut King.

The Donut King sets itself up as the prototypical narrative of the hard-working immigrant desiring and achieving the much-coveted American Dream in the U.S., a place where (seemingly, as we will see) anybody can ‘make it.’

Using Ted and his legacy as a prism through which his idealistic view of the American Dream shines and highlighting Ted’s strong work ethic and even stronger personality as he works tirelessly at local franchise Winchels to his subsequent the franchising of his own privately owned shops across the state, The Donut King also goes beyond the biographical to narrate a slice of economic-diaspora history,

Far from being only a personal story, Alice Gu’s doc widens viewers’ attention beyond the humble Ted Ngoy and focuses outwardly to the permanent effect that his actions had on Southern California, a place, we are told, where 90% of the donut shops are owned and operated by Cambodian immigrants.

Gu’s film restlessly charts a linear timeline of the Federal Aid Highway Act of 1956, which led to an embracing of the commuter lifestyle and the on-the-go eating habits of fast food. It serves as a crash course in how the economic conditions were just right for someone like him to thrive and expand throughout the 1970s and into the era of Reaganomics. The Donut King masterfully connects this history lesson to the present day, when more recent Cambodian immigrants, such as the family who run DK Donuts (and who are given a minor spotlight in the film’s third act), have adapted to the times and take inspiration from Ted’s original initiative.

If this was the whole of the story, Gu’s film would be the kind of harmless inspirational fodder peddled whenever concerns over other countries “not sending us their best” are brought forward by the xenophobic. That being said, the Ted Ngoy story has a notable and very crushing downturn, wherein the promises of the American Dream supposedly ran out for the once-prestigious Donut King, and the film doesn’t shy away from being straightforward with its audience.

Refreshing as this decision is, the epilogue to Ngoy’s ascendancy to California’s donut throne being a bankrupting gambling addiction and a broken family home in the 1990s is a bitter but necessary turn for the film to take and I applaud the filmmakers for staying true to the story. In many ways, Ngoy is a figure to learn from and see some of  the limits of the “pull yourself up by your bootstraps” rhetoric sold to incoming generations under capitalism.

Despite my admiration for her storytelling and the broad net her film casts from this initial biographical story, Gu’s The Donut King is set back in my favor due to its embracing of the more hyperactive approach to archive footage more poppy documentary has been co-opting. News footage and comic-book-style illustrations are one thing, but when they’re coupled with a deluge of animatics and pop culture footage, where somebody happens to be talking about donuts (yes, multiple clips of Homer Simpson make appearances), the film feels overstuffed. A minor gripe, all things considered, as Gu’s film is an excellent history lesson into understanding SoCal’s thriving donut culture.