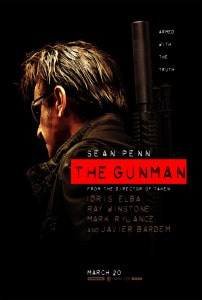 Sean Penn is buff and brooding in The Gunman, imbuing the international action-thriller with a self-seriousness that’s unearned and conflicts with the more sensational elements of the plot. A mature, serious actor transitioning to action hero has been hugely successful in the case of Liam Neeson, and this film attempts to recreate that while also positioning itself as a more cerebral shoot ‘em up. The strategy doesn’t work.

The combination of director Pierre Morel (who helped kick off Neeson’s action run with Taken), a convoluted script, and a sullen lead actor make for a deliberately paced bore punctuated with some standard action beats.

Jim Terrier (Penn) is an ex-soldier working for a private security company the Congo. His mission to protect miners in the volatile region is used as cover when he’s tasked with assassinating the Minister of Mining. After successfully completing the hit, Jim flees Africa and leaves his girlfriend, humanitarian doctor Annie (Jasmine Trinca), behind. Returning to the Congo 8 years later and performing a much less violent method of reform – digging water wells for villagers – Jim survives an attempt on his life and flees the country again, this time to find out who’s trying to kill him and why. Reconnecting with old company cohorts, including Cox (Mark Rylance) and Felix (Javier Bardem), Jim goes from London to Barcelona and Gibraltar to get clues, reconnect with Annie, and shoot people.

It’s a simple setup, but The Gunman layers on levels of conspiracy and conflict without every fully developing anything. Jim just goes from place to place like a plot-controlled drone, ingesting some bit of information and then continuing on, none of the revelations particularly meaningful to the endgame. Ray Winstone and Idris Elba, as Jim’s helpful former colleague and an Interpol agent, respectively, show up occasionally in attempts to bridge the gaps from one exotic locale to the next. 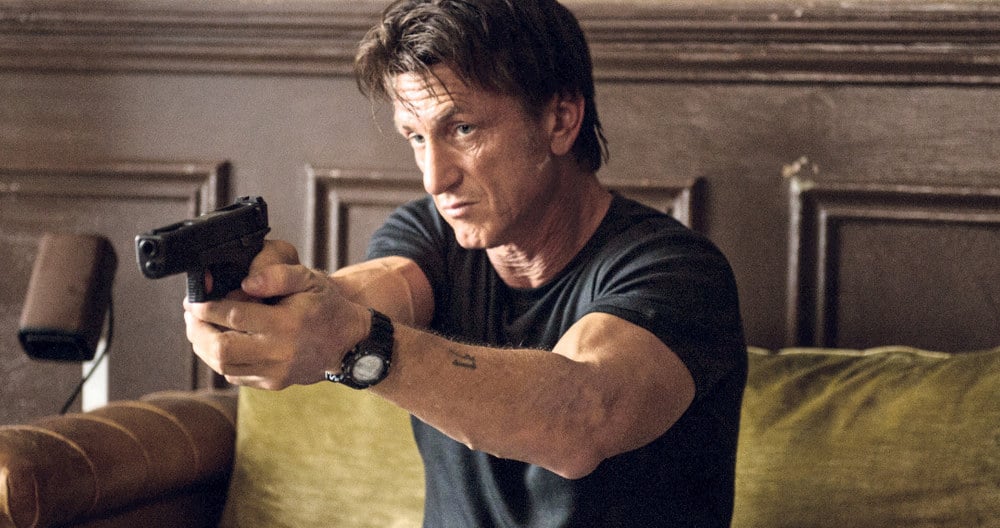 One of the more ridiculous devices is Jim’s diagnosis of Post-concussion syndrome. A doctor prescribes pills for the splitting headaches, but advises against stress or strenuous activity. Of course, this is decidedly inconvenient when there are anonymous mercenaries to gun down. Due to the dragging of the narrative, we almost forget of this malady until it’s needed to incapacitate Jim while the talkative bad guy explains his methodology, and to have Jim literally pass out just long enough for the bad guy to kidnap before the final showdown.

There are a couple of interesting action set pieces – one involving an explosive device wired to a door and another inside a burning bathroom, but they’re buried amid the plodding nonsense and the mostly bland action. Jim is involved in two separate wrestling matches involving a weapon, one a gun and one a knife. He wins both, and the attempt at “grit” is lingering on the bloody wounds of his adversaries.

The supporting cast is strong and try their best to act as through they’re involved in a pensive prestige picture; a tone that doesn’t mesh with the increasing absurdity of Jim’s straight-ahead bulldozing. Just wait unit the actual bull shows up to cap off the unintended hilarity.

Ultimately, this is Penn’s shot at opening new avenues in his career while also raising awareness about political ills and humanitarian crises. In addition to starring, he co-wrote and co-produced The Gunman, but his efforts fail to balance the humanity with the barbarism. The end result is a lot of death and destruction without a lot of answers.