The Hollywood Reporter just announced that Ben Garant and Thomas Lennon are adapting the real-life story of Nicolas Cage getting his priceless Action Comics #1 issue stolen back in 2000.  For those of you who aren’t huge nerds like me, Action Comics #1 is the first appearance of Superman, and is one of the rarest, and most valuable comics in existence. 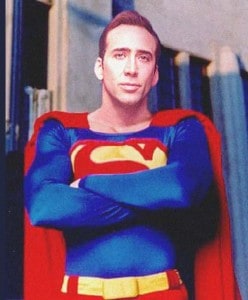 The film is titled Action No. 1, and although the part of Nicolas Cage was written for him, it’s still unknown if he’ll agree to do the role. What we can be sure of, is at least two of the Reno 911! cast will be in it, since they wrote it.