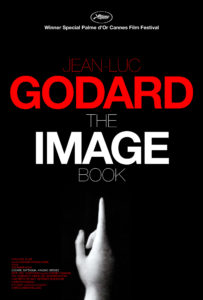 It was perennial boundary pusher Jean-luc Godard who once famously quipped,“Photography is truth. Cinema is truth twenty-four times per second.” This personal credo has seemingly underscored his five decades of image making for audiences both awestruck and baffled by his stylings.

His latest, The Image Book (Le Livre d’image) – a continuation of his late oeuvre’s dip into sensory-arresting, avant-garde visual essays – is possibly the most disruptive demonstration of this style that the French-Swiss filmmaker has yet to commit to film. An extension of sorts of his earlier decade-spanning video collage project, Histoire(s) du cinéma, The Image Book takes a similar assemblage approach in how Godard combines a plethora of discordant film clips, paintings, news footage and music pieces to compose a volatile running critique of the contemporary period and its accompanying cinematic efforts.

The result is a bold experiment that burns with the indignation of the 88-year-old director. who sees the world in shambles and his beloved cinema failing to represent this discord. Broken into five distinct but ideologically linked chapters, Godard’s presentation of his essay is a masterclass of subverting visual pleasure and filmic convention for the sake of invigorating your puzzled but nonetheless curious audience.

Often times appearing corrupted, unpolished, abrupt and too distorted to make out much of the film footage that Godard liberally cuts together and tweaks, The Image Book is a challenging watch that practically flaunts how unpleasant its assemblage is. The soundtrack is a cacophony of film footage, musical score and Godard’s grizzled narration layered over each other. The footage switches aspect ratio mid clip; saturation and color balances are pushed to their ugliest levels; and its editing style is practically hyperactive, with films lasting mere seconds before Godard cuts to something else or a black screen because flow never seemed to be much of a concern for the filmmaker. 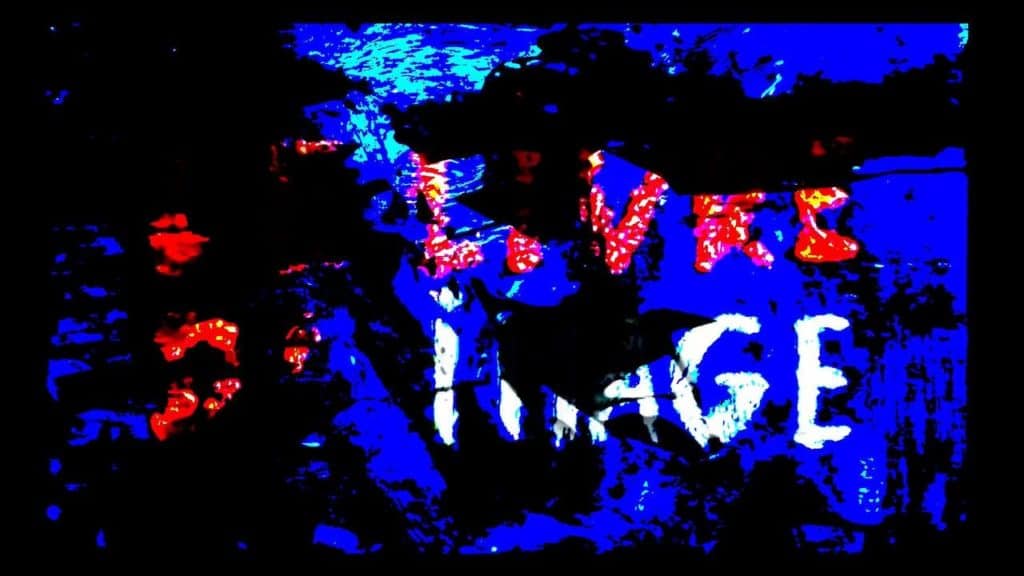 Though off putting, the deliberate mistakes and roughness of his assembling lend the film a tangible authenticity and horror, which in turn elevate the acute sense of urgency the director weaves through his collage. One imagines a hurried, flustered Godard in his editing suite, one eye on his footage and the other on the world, frantically cutting his analog footage trying to keep up.

The five segments are composed of freely associated footage, often linked through image matching and music motifs around loose joining topics that lament an artform robbed of his immediacy and impact. Among them, Godard confronts the viewer, not only with their untrustworthy aesthetic senses, but also with the medium’s inherent flaw in capturing the reality of the world we live in. 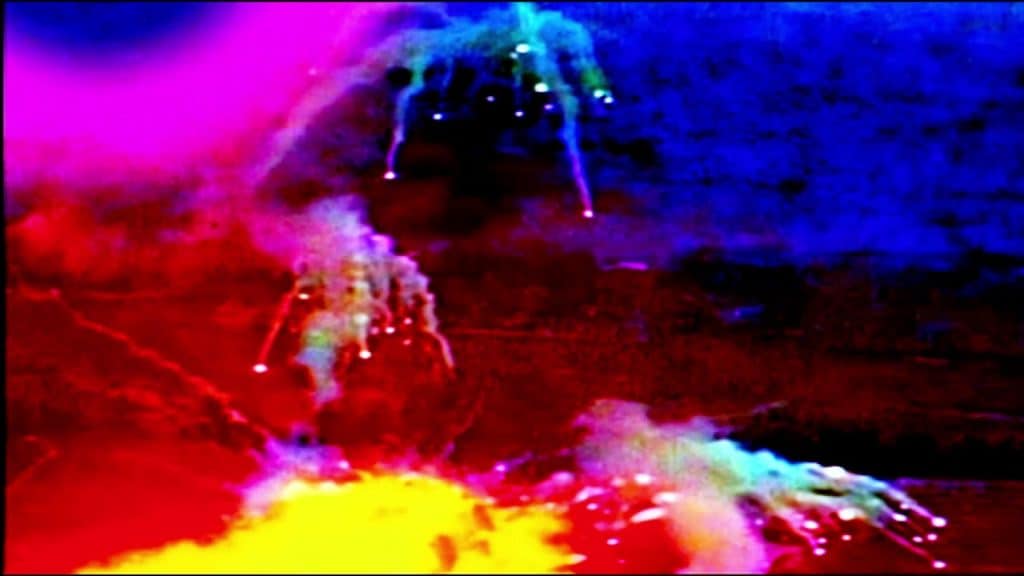 His first chapter, “Remakes,” for example, crosses war and conflict footage, all unceremoniously removed from their contexts, with corresponding images in his selected clips to undeniably disturbing effect. Imagine the ideological whiplash you would get when you cut between Jimmy Stewart diving into the river in Vertigo and ISIS executing prisoners by pushing them off a boat and you get the effect.

Godard’s clip list is impressively extensive and reads like a cinephile’s history of the medium itself, at least from the ones that last long enough for you to recognize (among them Salo, Elephant, Johnny Guitar, Ugetsu, Shanghai Express, and Orpheus). Eventually, Godard reaches a concrete theme to hitch his pointed visual anarchy about the deceptive authenticity of images with his fifth chapter, “La Region Centrale,” which in turn examines the enduring image of the Middle East on film. 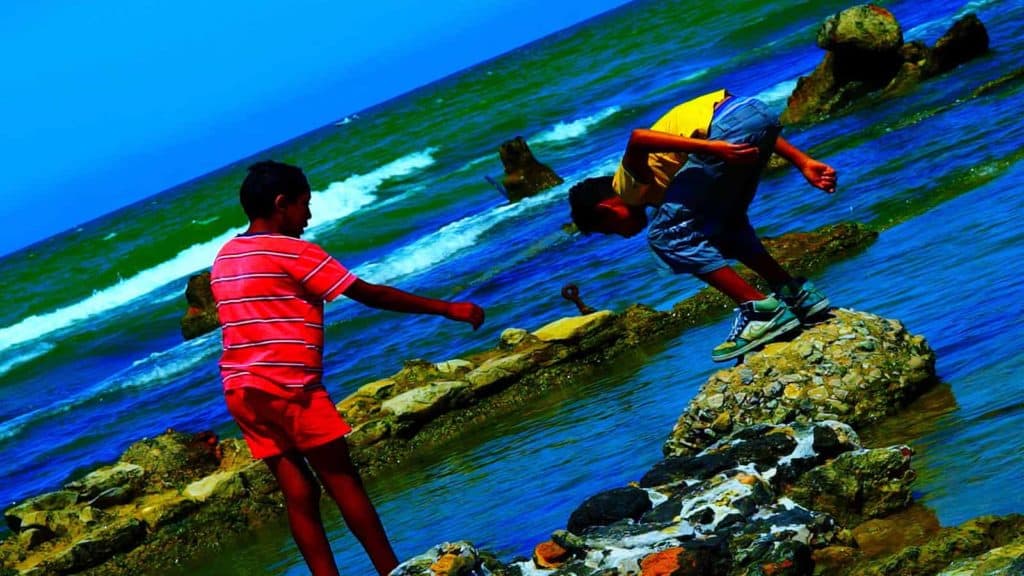 Based partly on a novel by Albert Cossery, this section of the world becomes Godard’s litmus test for the filmed images’ ability to truly represent truth by comparing and contrasting scenes from films from the West about the Middle East; scenes from the area’s various national cinemas; and news footage of the Arab Spring, which highlights these images’ treachery in particular.

It is here that Godard, who had spent two years prior to production gathering and shooting footage in various Eastern countries, is at his most audacious. He muddies the meanings of fact and fiction when it comes to the filmed image, freely crafting a fictionalized portrait of the modern Arabic world based on Cossery’s narrative through his assemblage.

It’s a fitting question mark to hang onto the ending of his discordant reevaluation of the truth in his credo that he uttered decades ago. Godard’s deliberate, unappealing presentation makes The Image Book a grating experience, but its enigmatic search for truth in images and the clear vitality that the filmmaker shows in his ability to be audacious lends a lot of appeal to the film’s frank incomprehension.