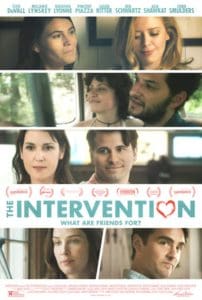 After the so-called mumblecore movement broke into the mainstream with directors like Joe Swanberg and the Duplass brothers gaining bigger budgets and more well-known actors, a groundswell of dramatic comedies started coming out. Movies focusing on the bittersweet intricacies of family, relationships and accepting the transition between one’s 20s and 30s have been cropping up left and right recently, and Clea DuVall’s feature directorial debut, The Intervention, is no exception.

Bolstering a solid cast, featuring Melanie Lynskey, Jason Ritter, Cobie Smulders, Natasha Lyonne, Alia Shawkat, Ben Schwartz, Vincent Piazza and DuVall herself, the film takes place in a lavish Savannah-area summer home, where a group of friends are gathering for a weekend retreat with plans to confront two of them whom they believe should get a divorce. As one might expect, this awkward encounter is not without its conflicts, and by the end of the trip, they will all be left questioning their own relationships and life choices.

While the performances are great across the board, The Intervention falls flat in its narrative, which feels entirely too cookie cutter and predictable. From the opening scene, which follows Lynskey and Ritter’s characters as they fly to Georgia, bickering with each other along the way, it’s evident that the couple who are the subject of the intervention are not the only ones in need of some help.

This lays out the blueprint of how the entire film is comprised: several couples aim to pressure two friends into a divorce while neglecting to realize their own relationships are in jeopardy. It’s clear that everyone is going to be learning from each other and this intervention is going to be more of a group thing than focused on one couple. 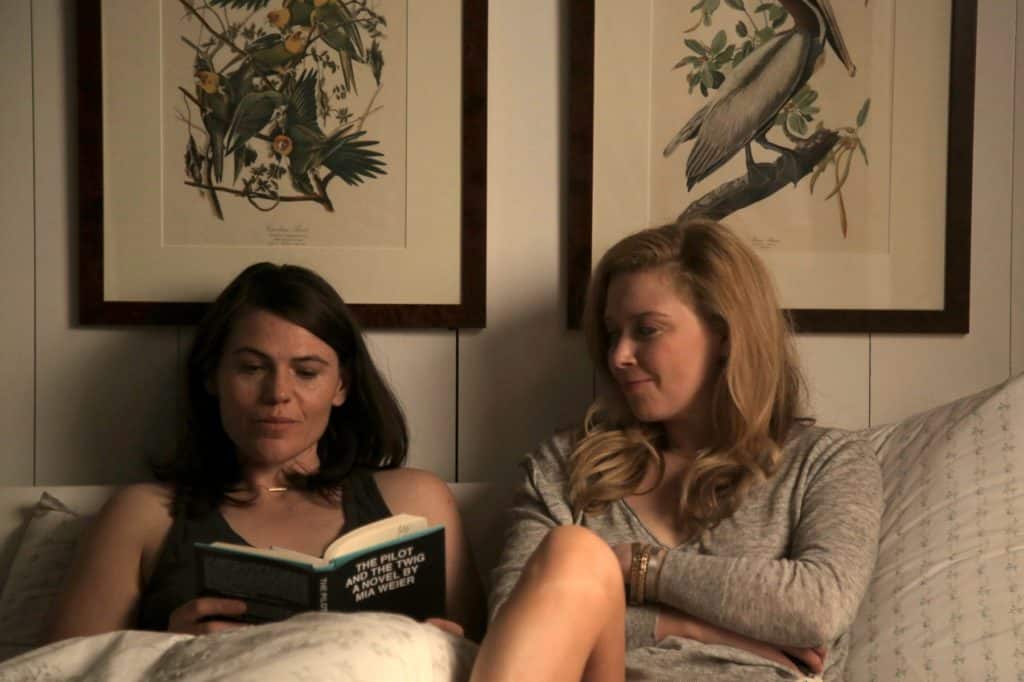 This isn’t necessarily a bad idea for a film, but it’s something that’s been done to death; in fact, just two weeks ago, I took a look at a very similar film, Joshy, which proved to be a far more challenging and entertaining experience. The biggest difference between those two is that the characters in The Intervention are simply too flat to find engaging, with the exception of Ben Schwartz’s character, who unfortunately is analyzed the least, having only a quick expository remark made about his relationship history.

The amount of comedy in the film is also lacking, a surprise considering the bulk of the cast shine as comedic actors in other projects. The biggest laughs are presented in the trailer, save for a few throwaway lines that garnish the sadly bland script.

The Intervention is not a downright bad movie and it’s a decent debut from DuVall, who seems at ease with managing a sizable ensemble, but it’s dreadfully forgettable and left me feeling like this is a movie that will get lost within the vortex of so many others like it.