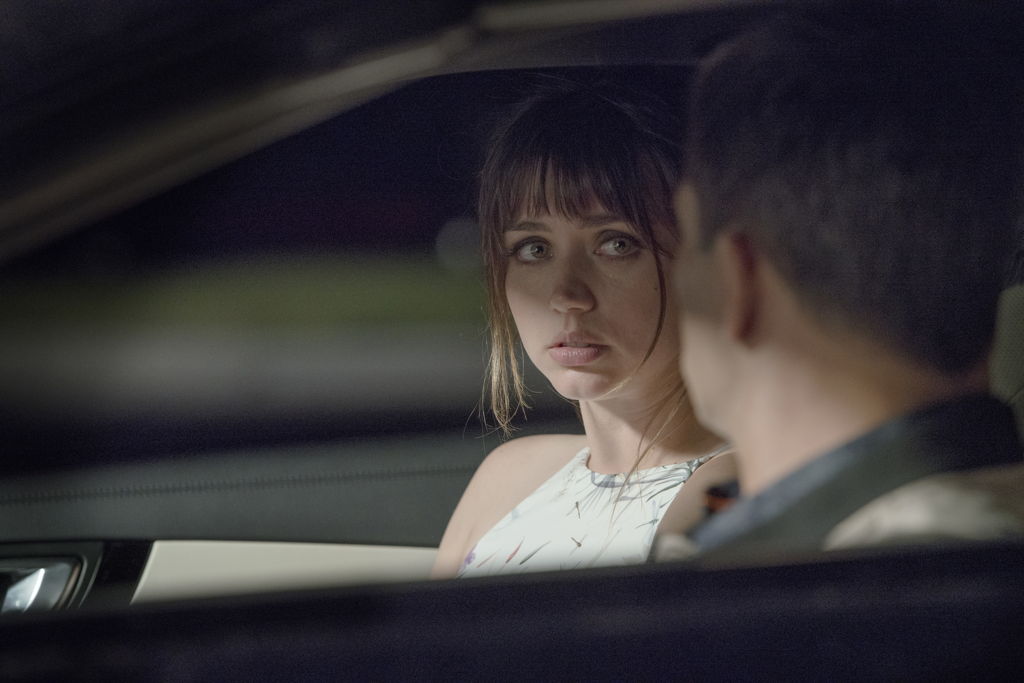 As a woman, the male gaze impacts my life in not-so-positive ways. While walking to the subway once in Philadelphia, a construction worker — who I happened to be in stride with — felt entitled to question my ethnicity and relationship status. Girlfriend? Boyfriend? How progressive he was, right?!

The men silently sizing me up are even more horrifying, as I’m unsure of what comes after the not-so-innocent staring. Exploring this creep factor in more depth is The Night Clerk, written and directed by Michael Cristofer. He allows the audience to feel disgust for what the central character is doing but layers that with a little understanding.

In his bedroom, Bart Bromley (Tye Sheridan) watches a sampling of black-and-white footage on various monitors. Sitting on his couch, he repeats the audio, saying phrases like “Hey, how ya doing?” — trying his best to imitate the tone of the speakers. Bart works at a hotel, the same one appearing in the footage on his screens, and we eventually learn he’s placed cameras in a certain room and is recording everyone who stays there. Late that night, Bart checks in a woman, Karen Perrette (Jacque Gray), who he assigns to that room, and during his shift, he begins to watch her on his laptop. 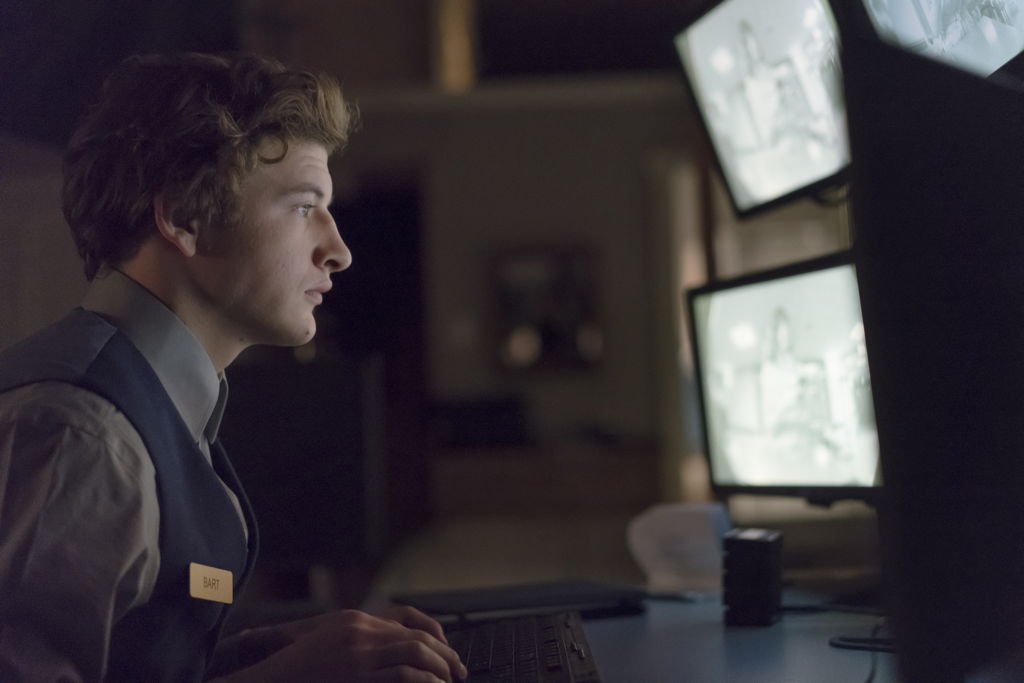 Back at home, Bart continues to observe the room and sees a man enter. The two argue, and as the man becomes physical, the woman’s purse falls to the ground, revealing a gun inside. Worried, Bart rushes back to the hotel and goes to the room.

His colleague, who’s outside — and who caught him watching the footage earlier — notices Bart’s car in the parking lot. After a gunshot rings out, Bart’s colleague arrives at the room to find Bart sitting on the bed, saying he believes the woman is dead. The hidden cameras have picked up the only footage, but despite the detective assigned to the case (John Leguizamo) knowing nothing of them, he doesn’t believe Bart’s innocence.

Sheridan keeps his emotions fairly restrained, except in those moments when things get to be too much for Bart. His words are calculated, just as they are when Bart is imitating individuals on the videos. While spewing out detailed facts on such hot topics as non-dairy creamer or obesity, his tone is often unexpressive; other times he comes off as a know-it-all and even a bit hostile. His eyes sometimes stray, finding areas of focus other than the person with whom he’s talking. 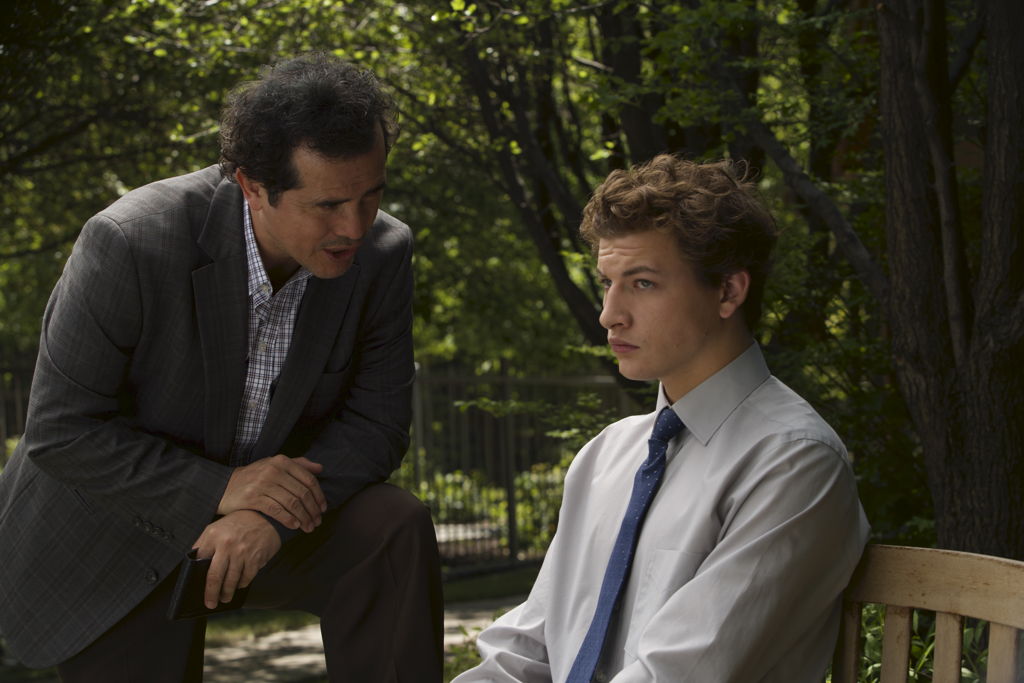 The dynamic with his mom, Ethel (Helen Hunt), isn’t shown beyond that of parent and child, but there are also some sweet moments. Leguizamo’s character is one dimensional, as he doesn’t go beyond that of an authoritative detective who decides Asperger syndrome justifies Bart committing the crime. It’s that last part that really doesn’t sit well with me. Rounding out the cast is Andrea (Ana de Armas) as a woman with a cool, confident air about her, very different from her role in Knives Out. Unfortunately, her character’s purpose in The Night Clerk hinges solely on her relationships with men.

The idea of Bart needing to spy on people to better understand and interact with them due to his Asperger’s, in a sense, is a relatable concept, as most of us wish we could practice before certain conversations. His actions are all at once offputting, creepy, unique and complex, and because there is so much to unpack from it, trying to tie it in with a murder felt as if the film was tackling too much.

The incident, as well as the fact that Bart is hiding something, looms large, and those elements unite many of the storylines. But I was more invested in Bart, his observations of people and his interactions with Andrea than anything else. I even thought that, while Bart may be a person of interest, I’d still want to know if he’ll end up with Andrea. 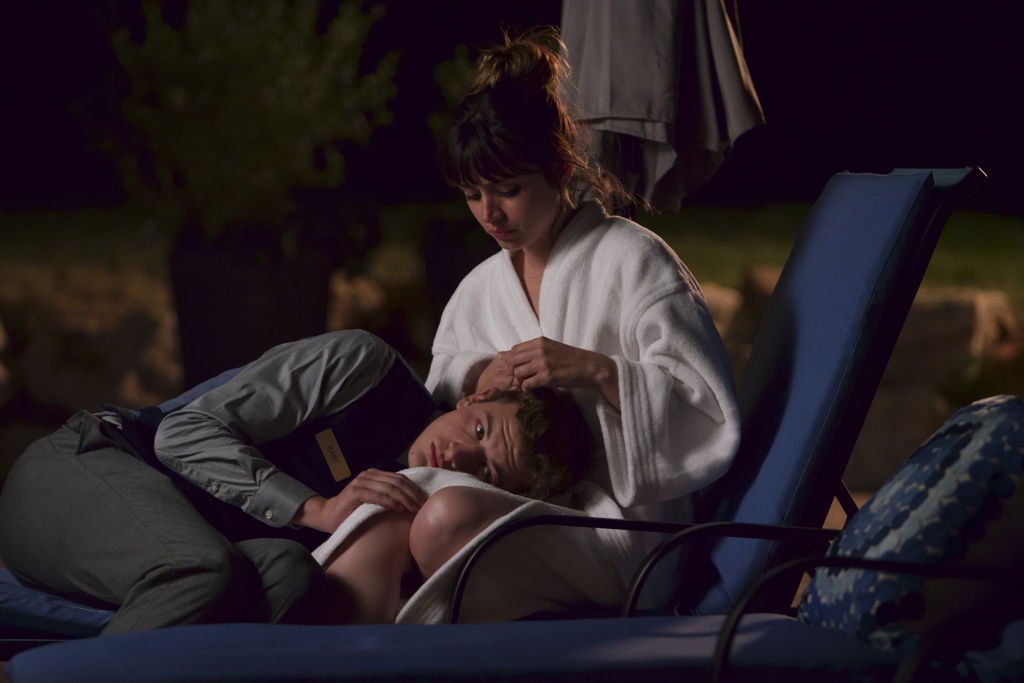 Although everything is connected to the murder, even Andrea, there is so much going on in this film that the balance is off, making it feel unfocused. I needed the weight to be more evenly distributed between each of its moving parts to fully invest in all of them.

Because I’m a sucker for compelling, complicated and quirky characters, I got most of what I wanted out of this film, but it’s hard to appreciate something when you’re unsure where to direct your attention.