Multi-Oscar-winning director Brad Bird once said that, “Animation is about creating the illusion of life, and you can’t create it if you don’t have one.” It’s a simple observation that is often taken for granted, one that nonetheless highlights the detectable traces of life found in every pen stroke, clay imprint and line of code collected together to produce this year’s nominees for the Animated Short Films Oscar.

As with every year, the 2019 program showcased a wide range of techniques and styles harnessed expertly to tell simple yet compelling stories, all brimming with the medium’s unique ability to translate the complexities of humanity into visual splendour. While, comparatively, some employ the specificity of their medium to more ambitious ends, conceptually, this year’s crop of short-subject animation tackles varied noteworthy topics with the creativity and grace you’ve come to expect from the nominees. Just as well, it goes without saying that I was moved to tears multiple times, just like the last time I reviewed this category’s nominees. 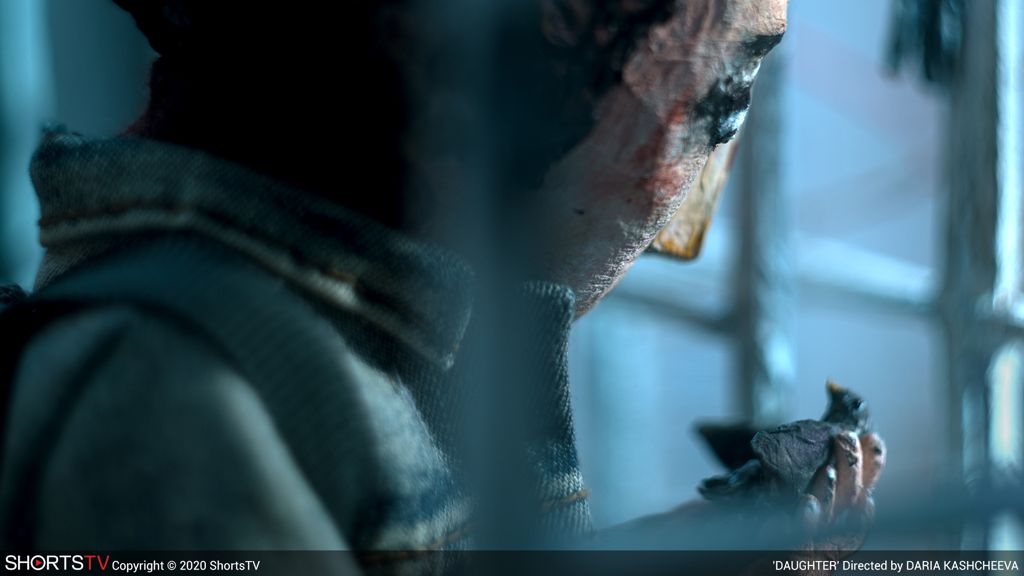 The program begins with a topic frequently rendered through the lens of animation for the ease of translating the complex emotions at work: the loss of a loved one. Directed by Daria Kashcheeva, Daughter is a stoic journey through a daughter’s memory while she sits at the deathbed of her father. The silence they experience sitting together and the hanging reality of his imminent expiration triggers her memory to recall previous times when the two failed to communicate.

Rendered through aggressively textured stop-motion camerawork, which shows a detailed weariness on the crafted characters despite their simple designs, the film’s atmosphere of unwelcomed silence and unspoken, unrealized emotion plays very well to its style. The presentation of the daughter’s painful memories through a decent imitation of frantic, hand-held cinematography displays a degree of craft that one wishes was exemplified in the story, one which is rather simple and drawn out. Regardless, the effect of the film is evident and starts the program off on a morose first step.

Looking at fatherhood from another angle was Matthew Cherry’s Hair Love, a heartfelt display of vibrant color and familial love that gives you tonal whiplash when programmed directly after Daughter. Based on a story book of the same name and produced by Sony Pictures Animation, the film takes on the significance of natural hair to black women and views it through the eyes of a young girl emulating her beauty-blogging mother and her hapless dad, who is trying his best to give her the style of her dreams. Told with a light, warm humor and an eye-popping color palette, the film deftly brings light to a concept not fully explored in traditional media and uses it to tug as hard as it can on your heart strings.

While breezy and cute, the film’s two drawbacks come from its source material. Adapting a book has given the film an overtly straightforward structure, where one plot point gives way to the next at rapid succession, disallowing emotional moments to breathe. The film also implements a “sad twist” right at the end, which hits well, but the suddenness of the revelation, again, could have been given some breathing room. However, it was nice to have one or two films on the programs that made me ‘happy’ cry. 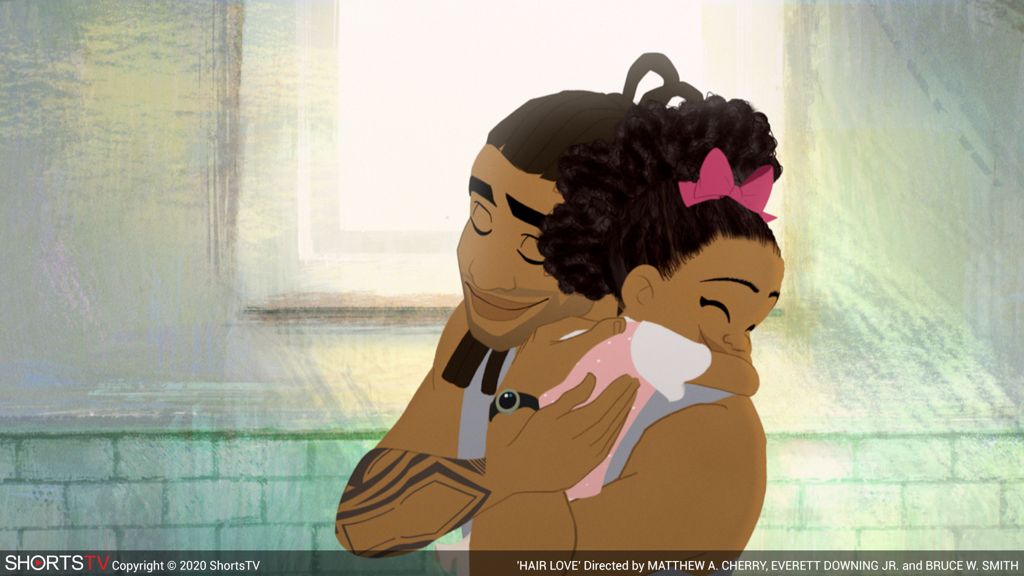 Speaking of happy crying, the juggernaut that is Pixar, whose stranglehold on this category has been noted for years, delivers another weaponization of cute animals to make you feel an uncountable number of things. Kathryn Hendrickson and Rosana Sullivan’s Kitbull (the third film produced under the company’s Sparkshorts program) is a takeoff from the Marc Antony and Pussyfoot Looney Tunes cartoons and shows the unlikely friendship between a street kitten and an abused pit bull who gradually warm to one another in a breathtaking display of animation. Adopting a granular, almost chalk-like texture and muted color palette, the film unfurls this beautifully simplistic story with elegance and an unexpected weighty realism.

This seems like the safest bet for Oscar victory come the ceremony date, and it’s not like it is undeserved. While serving a refreshing rehabilitation into the public image of the pit bull as the canine menace, the film is also as sweet and moving as Pixar gets, using their characters’ subtle animal mannerisms to build the contours of their companionship and delivering the nuances of the situation sans dialogue. Strangely — despite being a Pixar picture — the film is an oddball out of the nominated films, which all have a degree of thematic gravitas to their stories. Yet it is so hard to argue with the expertise that Pixar material can bring to the category. 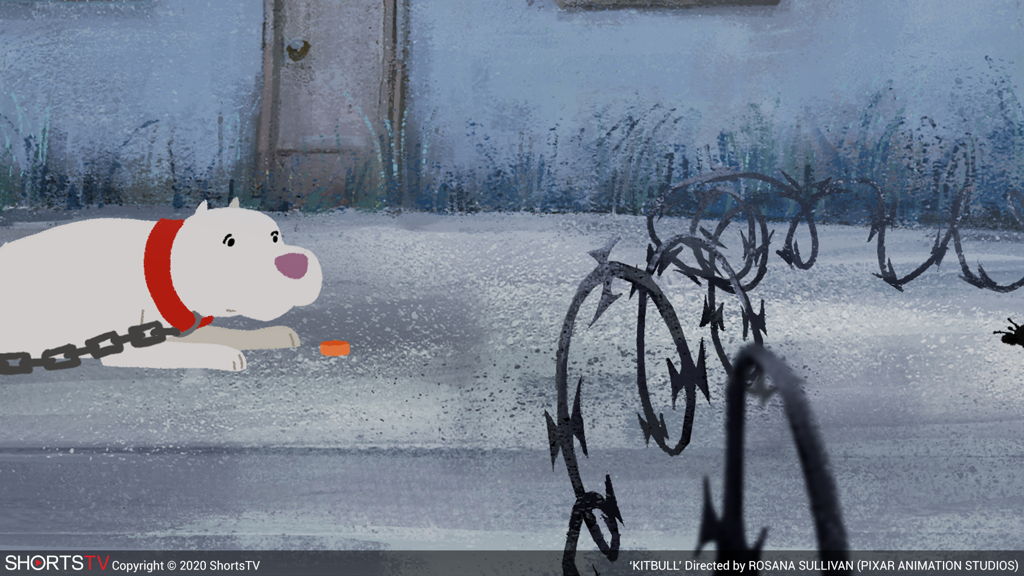 Next was Bruno Collet and Jean-François Le Corre’s Memorable, by far the most ambitious, heartbreaking and flat-out best film to be included among the nominees. Telling the story of a painter with a degenerative neurological disease, Louis, and his wife as they attempt to cope with his rapidly deteriorating mind, the film expertly displays the specificity of the medium to deal with subjects outside of the range of normal human experience with an impeccable sense of style and elegance. As Louis loses more and more of his grip of reality, the world around him begins to distort. There are handcrafted props melding into amorphous blobs; people he knows becoming half-finished outlines in paint; and his lovingly textured character model becoming more and more weathered, warped and palpable.

Beautifully animated in stop-motion cinematography, which gives the film a devastating weight, Memorable is as gutting as they come. Even among the despondent ideas that permeate the nominees this year, Memorable is a gut punch of raw emotion, which is only softened by how meticulous the technique on display truly is. 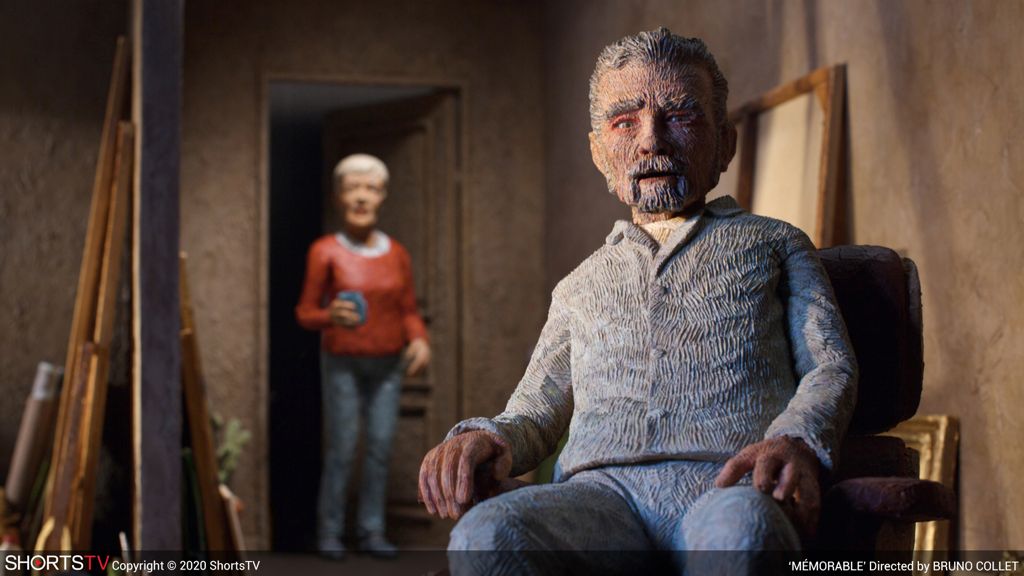 The program concluded with the simplest of films, which has the largest cultural implications, Siqi Song’s Sister. A languid critique of China’s One-Child Policy — couched in a family portrait, this stop-motion film follows a boy wondering what his childhood would have been like if his sister had been born all those years ago. Told through felt figures, which give the film a palpable softness — despite the implications of its telling, the story is simple but effective.

As he narrates his memories with his sister, the film slowly integrates its message and lets the gravitas of its impact speak loudly, an impressive feat, all things considered, for a 7-minute short. While at times too insulated and linear for its own good, Song’s film inarguably makes its position known and provides a somber, dour closing note to the program. 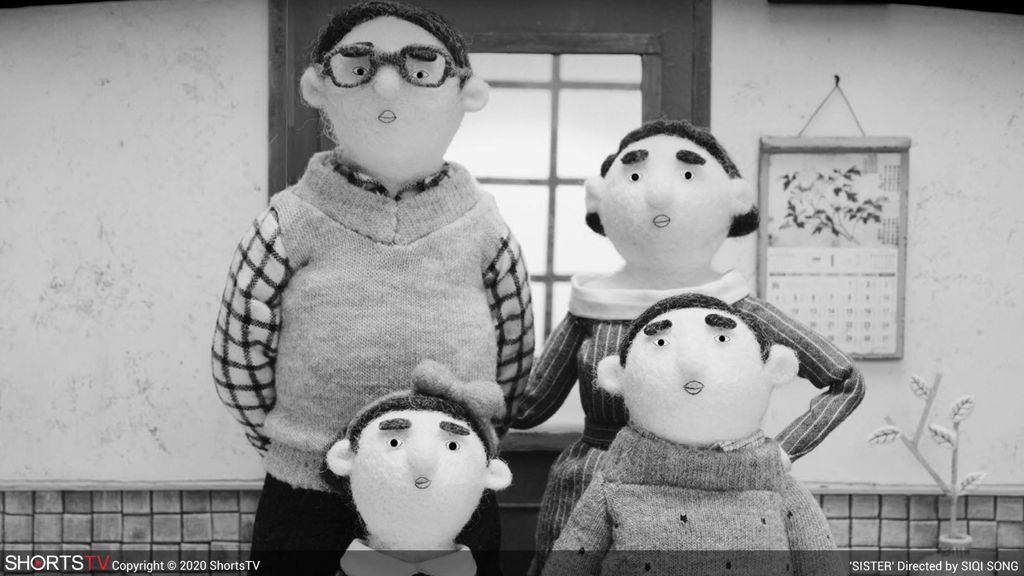 Included in this showcase were a series of shorts  not recognized by the Academy but which nonetheless received high esteem from other film festivals and are thus worthy of the added exposure. The shorts were Henrietta Bulkowski by Rachel Johnson; The Bird and the Whale by Carol Freeman; Maestro by Florian Babikian, Victor Caire, Théophile Dufresne, Gabriel Grapperon and Lucas Navarro; and Horse Piste by Léo Brunel, Loris Cavalier, Camille Jalabert and Oscar Malet.

Outside of Henrietta Bulkowski, which involved a woman overcoming her adversity through her imagination, the tone of these honorable mentions was much livelier and light than the serious subject matter broached in the nominees. Comically bumbling rescue workers, a lyrical friendship between a whale and a canary and an opera performed by forest creatures gives you an idea as to why the Academy would overlook the “prestige” of these entertaining hopefuls.