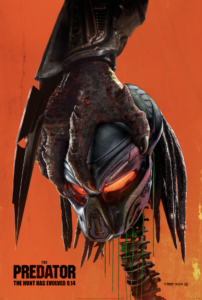 The concept of bringing Shane Black and Fred Dekker back together to deliver a new Predator film, into a franchise that gave Black his first credited acting role, seemed like just what the storied sci-fi saga needed to recapture the lightning in a bottle that was the 1987 original.

Unfortunately, Black and Dekker’s marriage of old and new in The Predator proves to be a misguided, yet serviceable entry. Marred by a glut of characters, The Predator combines the trappings of a violent ’80s ensemble sci-fi action film with a broader, flashier and a more CG-laden, more modern studio sci-fi spectacle to mixed results.

Boyd Holbrook stars as Quinn McKenna, a sniper who, after a tangle with a predator, is dumped into Group 2, a unit comprised of military rejects who are packed up in a bus and set to be shipped off to a mental health facility. Our government is aware of the existence of predators, due to their presence in ’87 and ’97 (the events of Predator 2), and want to keep Quinn’s encounter under wraps. The future actions of this government program raise speculation as to why they bothered keeping Quinn alive at all, seeing as they have no problem killing, or attempting to kill, civilians later in the film. 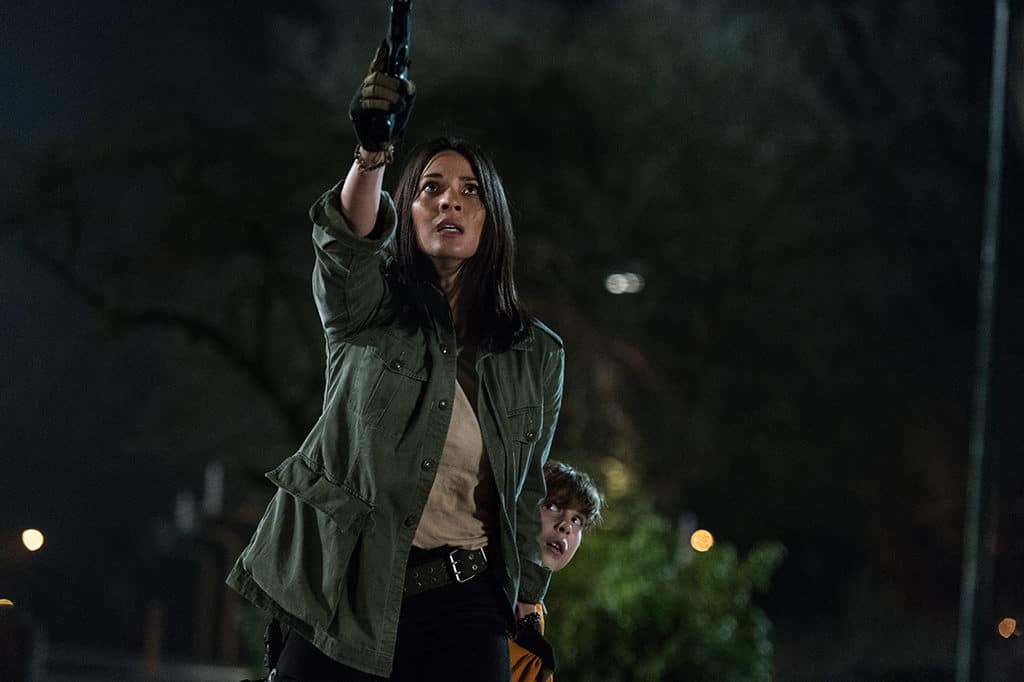 Before he was apprehended, Quinn managed to steal a few pieces of the predator’s armor, which he mailed to himself but, unbeknownst to him, were found by his young son, Rory (Jacob Tremblay), a highly intelligent child with autism spectrum disorder who somehow quickly figures out how to use all the gear, which sets off a tracking beacon for another, huge predator — and his two pet hounds — to find. Now, Quinn and his ragtag group of loonies must join forces with a biologist, played by Olivia Munn, to save the boy from both the predators and the government.

Black’s trademark banter and wit is here in spades, truly shining during the moments spent with the team, which is comprised of the chain-smoking badass, Nebraska (Trevante Rhodes); Baxley, the wild card with Tourette’s (Thomas Jane); Keegan-Michael Key as the jokester Coyle; Alfie Allen as the magic man Lynch; Augusto Aguilera, the creepy Nettles; and Munn’s character, Casey. 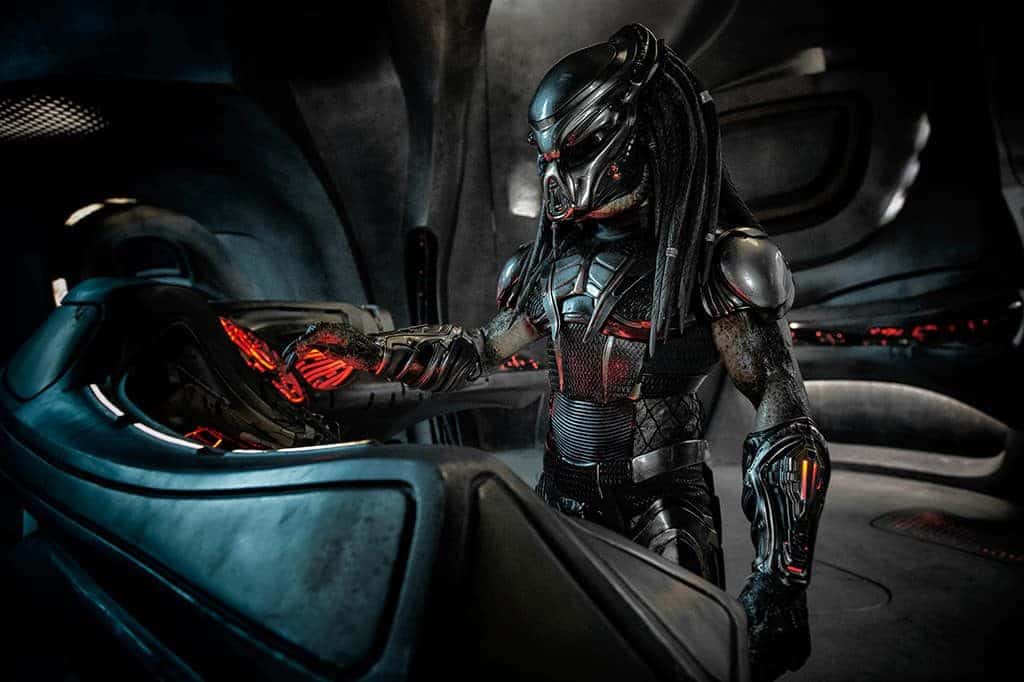 The team dynamic was palpable and provides the best moments in the film, harkening back to the original film with an ever-present aura of wit and coolness. It’s these sequences where The Predator is firing on all cylinders, pitting this team against an insurmountable series of foes. I didn’t want to see any of them get killed, but, at the same time, I couldn’t wait to see the next bit of action.

When it was first revealed that the plot would involve the predators hybridizing themselves to make even more powerful, super predators, it seemed like a wholly unnecessary element to introduce. Those who have seen any movie with a predator involved know how powerful they already are, but, in practice, it’s not as drastic of a change to the character as one might think. But one thing we all saw coming is that both predators featured in the film completely wreck shit. 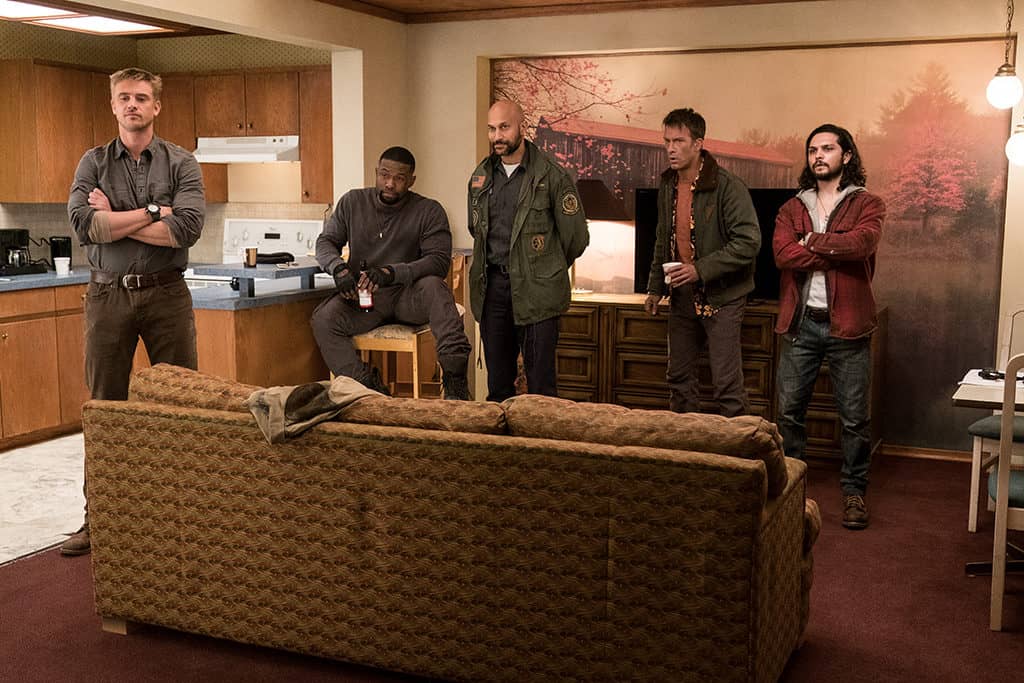 Black doubles down on the new-versus-old concept by featuring a predominantly makeup-effects-driven, standard predator getting his butt kicked by the largely CG-designed super predator. Though likely not the intention, it’s as if the filmmakers were metaphorically showcasing the slick new age of giant, computer-generated blockbusters crushing the smaller-scale practical sci-fi horror of yore. The action was violent, stylish and exciting, but the lackluster CG, especially with the predator “dogs,” left a bit to be desired. 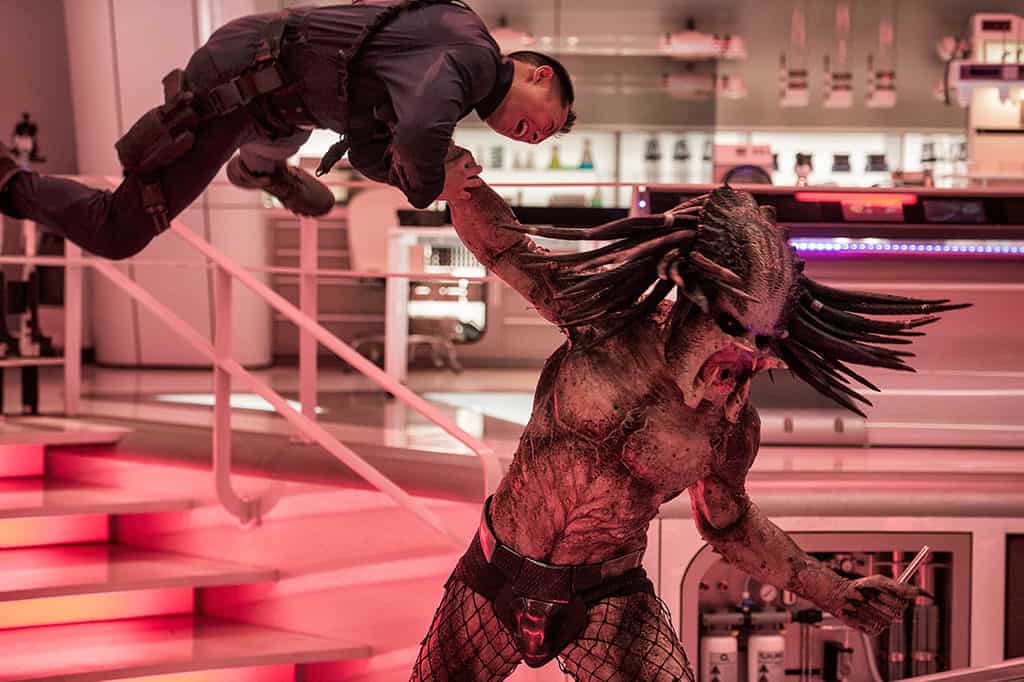 A large portion of the run time is also devoted to the conflict between the government program handling the incident, led by a foul-mouthed son-of-a-bitch (Sterling K. Brown), and the rest of the human cast. As if making a statement on the current divide we’re experiencing in real life, these two groups spend way too much time at odds with each other while ignoring the fact that there’s a serious predator problem that must be dealt with.

There’s a lot The Predator did right, but, for every step forward, they took another step back. Black and Dekker appear to have been attempting to pay homage to the original film, and there are certainly traces of that here; but, like the super predator, what we’re left with is an 11-foot hybrid monster that probably shouldn’t have attempted this evolution.