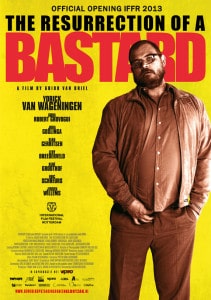 Something has changed in Ronnie (Yorick van Wageningen) as he no longer appears to be the bastard referred to in the title of Guido van Driel’s feature length debut. He seems calmer, less prone to sudden outbursts of gruesome violence, and the rough edges of his volatile personality have softened a bit. He might have picked up the ability of clairvoyance somewhere along the way. Yet it remains to be seen if Robbie truly has changed as a person as he searches for the man that left him for dead.

Based on a graphic novel (also created by van Driel), The Resurrection of a Bastard weaves together separate threads of redemption, forgiveness and revenge. There’s Robbie, along with his business partner Janus (Juda Goslinga), walking the streets in pursuit of his would-be executioner with nothing to go on besides a tattooed wrist; a murky plan developed no further than the search-and-identify stage, everything uncertain if and when Robbie finds his man. Running concurrently with Robbie’s narrative is that of Eduardo’s (Goua Robert Grovogui), a refugee awaiting word of his asylum status, toiling in the fields in the meantime dreaming of opening a garage. Both men striving for fresh starts and new beginnings.

van Driel shifts back and forth from the two respective plot lines of new beginnings while also moving back and forth through time. First presenting the new and improved Robbie well before giving the viewer a glimpse of the old Robbie, the brutal, sadistic enforcer. 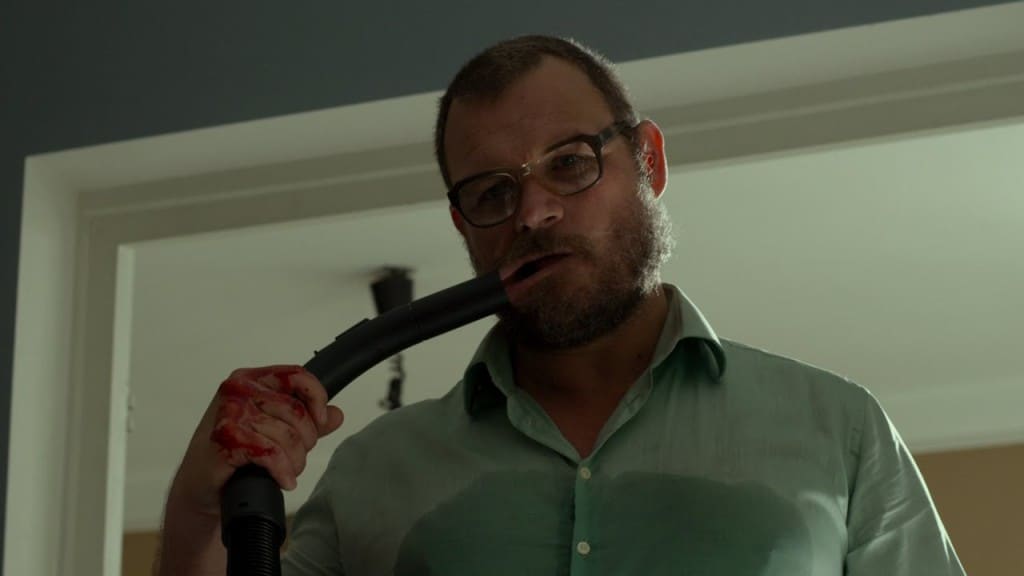 For as ruthless and grotesque as the violence is in The Resurrection of a Bastard, most (if not all) of the cruelty happens off-screen; only the set-up and aftermath are seen, although, the effects are more than felt nonetheless, yet never feel gratuitous. The brutality of van Driel’s film is offset by the picturesque beauty of the Frisian countryside and coast. The quaint town where much of the film takes place looks as if it were lifted from a fairytale.

Lennert Hillege’s camera occasionally frees itself from the shackles of still frames, floating through the surroundings. Drifting with the breeze that rustles the trees and sways the fields, Hillege’s lens captures the serene splendor encasing van Driel’s tale of violence and comeuppance, mixing the alluring charm of the sleepy town with visceral cruelty and disturbing dream sequences.

Although, The Resurrection of a Bastard plays as a fairly standard crime drama with familiar themes like forgiveness, karma, and accepting fate (among others), it benefits greatly from a stellar cast and a wholly captivating setting.