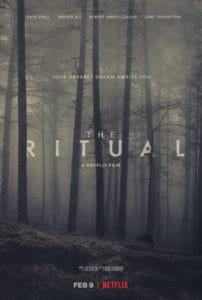 There are several recognizable rituals in The Ritual. Bro trips, bonding, stages of grief, lingering regret and more sinister pagan ceremonies all collide in this entry into the clogged-backwoods-horror category. Disappointingly, the customs of the genre are also on full display and easily discernible, leaving the beautifully shot, aurally immersive, well acted shocker lacking in actual shocks. When things really start to get bizarre, The Ritual shows its hand completely, becoming less stimulating and much less scary.

Downing beers at a local pub, a quintet of thirty-something English friends plans their next guys’ weekend. Later that night, one member of the group is brutally killed during a robbery while another, Luke (Rafe Spall), freezes in fear during the murder. Six months later, Luke joins the remainder of the crew – Phil (Arsher Ali), Hutch (Robert James-Collier) and Dom (Sam Troughton) – on a scenic hike in Sweden.

Director David Bruckner establishes tension wonderfully during the early stages of the trip. As the friends take swigs from a flask to honor their fallen friend, the camera circles their makeshift memorial of rocks. The three other guys are sullen yet celebratory, while Luke still shows the effects of shock. 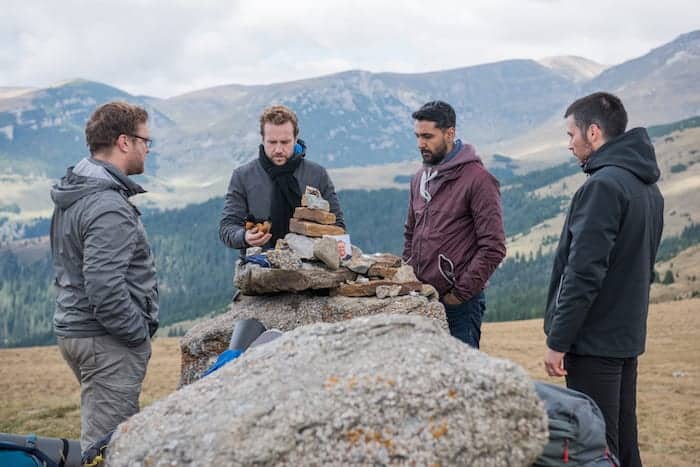 As he’s being comforted, it’s unclear if the group knows all the details of the fateful night or if Luke has fully admitted his cowardice. (Spall’s performance stands out as subtly showing Luke’s blend of distress and guilt.) The emotional ambiguity plants the seeds of something that could poison the group dynamic when things go haywire.

The camaraderie also feels natural, with all the actors playing off each other well before the tragedy and continuing their fellowship, the encouragement along with gentle needling, on their trek through the highlands.

It’s after one of them injures an ankle when the film takes a turn toward routine. To shorten the hike, they take a shortcut through a vast wilderness of tall pines. If we don’t recognize this as a dubious decision immediately, the disemboweled elk hanging from the trees, symbols carved into the bark and an altar with a wooden deity made from sticks in a creepy abandoned cabin are more than enough to let us know this was a poor choice. 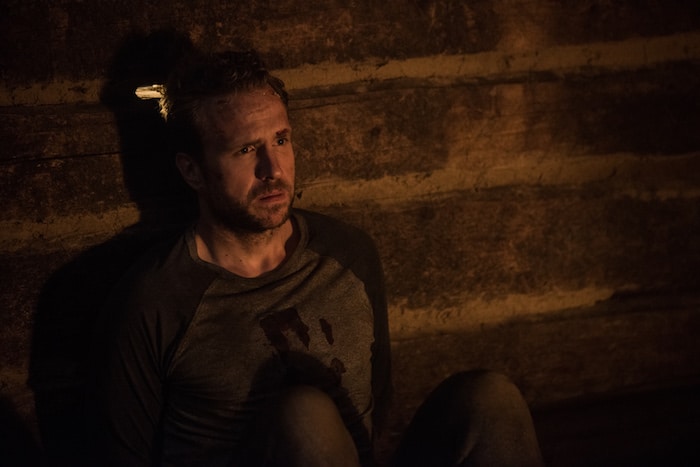 Bruckner has directed very entertaining and eerie segments in two horror anthologies – V/H/S and 2015’s very good and underseen Southbound, but with The Ritual he struggles to expand a disconcerting atmosphere into a feature-length ride. Echoes of other lost-in-the-woods films creep into our consciousness as things devolve from stalking, malevolent presence to reveals that make the journey of fear and emotional reckoning feel disjointed and less disturbing.

Crisp cinematography establishes the misty thicket of pines as an unforgiving, prison-like expanse, while the sound design during a storm intriguingly jumbles the rain with what sounds like distant growls, signaling impending doom. 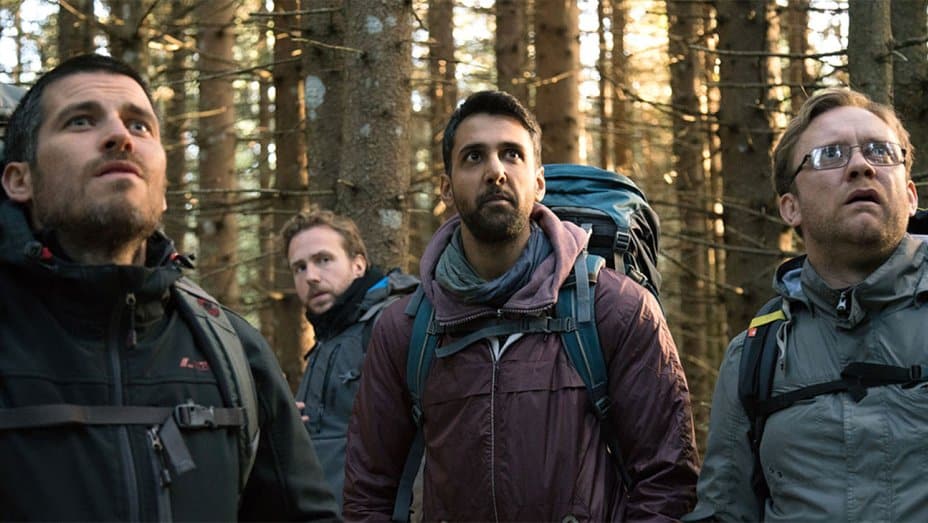 As impressive and polished as the film is technically, these elements also veer into the familiar. The sound of falling trees mixed with screams recalls The Blair Witch Project, but The Ritual leaves way less to the imagination and is less effective for it.

Refined uncertainty gives way to clarity in a final act that shows way too much and hammers home themes that don’t feel all that significant after the chaos. Bruckner is clearly a talented director and I will eagerly check out whatever he does next, but The Ritual doesn’t do enough to distinguish itself as a unique, cohesive vision.