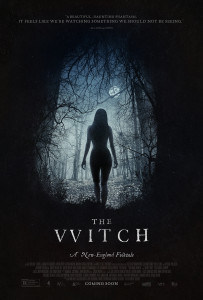 In each of the last few years an indie horror movie has emerged as one of the best films of its release year. On the heels of The Babadook and It Follows, The Witch is poised to be 2016’s breakout. All of these are great for different reasons, though collectively they signal an exciting shift in the thinking on how to unsettle. They all tap into more primitive, raw emotions, using classic tropes and monsters as manifestations of our hang-ups with grief, sex, and, in this case, devout code in the face of evil. It’s not a deconstruction, but an absorption and repurposing of genre that’s worked to great effect.

The Witch is set in 1600s New England, where William (Ralph Ineson) thinks himself too pure for his Puritan settlement. He packs up his family – wife Katherine (Kate Dickie) and their five children, and establishes a homestead on the edge of the woods where their faith will be unpolluted. He vows to “conquer the land,” God willing, but the land (or God, or someone or something else) has other ideas.

There are hardships from lack of supplies, but the biggest threat is an unraveling of the family’s belief system, tested when infant son Samuel is stolen while in the care of eldest daughter Thomasin (Anya Taylor-Joy). It could’ve been a wolf, William thinks, though we know better and the truth is far more horrific. The scenes immediately after the kidnapping aren’t for the squeamish and, like the most terrifying movie moments, imply much more carnage than they show.

What follows is a deliberate descent into familial torment. The fields don’t produce, chickens don’t provide eggs, and it becomes increasingly apparent that nourishment from scripture won’t be enough to sustain this family, either. 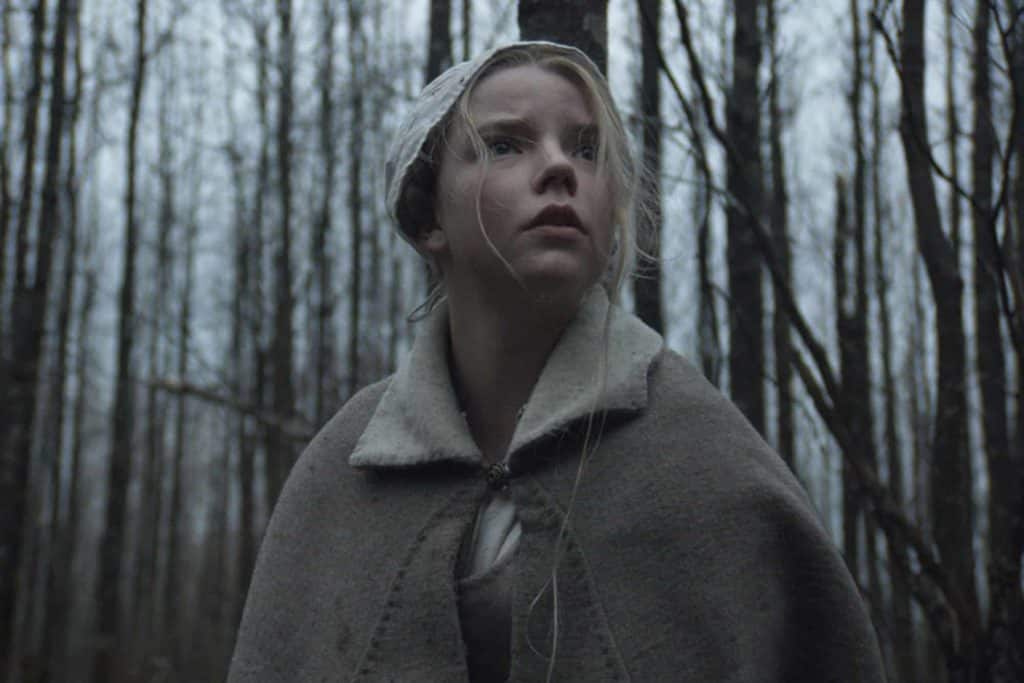 Thomasin prays to be more pious. Young son Caleb (Harvey Scrimshaw) questions the practicality of Christian tenants, which don’t jibe with his new pubescent discoveries. Twins Mercy (Bathsheba Garnett) and Lucas Dawson (Jonas) up the creepy factor when they claim family Billy goat, the ominously named Black Phillip, speaks to them. Even William struggles with his morals, keeping a secret from his wife that is minute on the surface, yet huge in the grand scheme of his ideology.

Smartly, first-time feature writer/director Robert Eggers never goes too broad with the religious fervor. William is regimented, but not over-the-top delusional, nor does he lord over his family with an iron fist. He just wants what he believes to be best for them, and is caring patriarch rather than cultish guru. Ineson’s distinctive booming voice is a fit for the caring yet authoritative nature of the character and the actor makes William sympathetic.

Taylor-Joy is a revelation as Thomasin, capturing the struggle of a maturing girl in this harsh situation, showing resolve yet always being unsure of herself, her place in the family or in this world. She’s strong and vulnerable simultaneously, dutifully going about her chores while suggesting an internal conflict.

Eggers keeps the look of The Witch consistent with that muted sinister tone. A drab palette – save for a couple strategic splashes of red – is period-appropriate and in-line with this family being torn apart by internal and external forces. The detail is impressive throughout, with wardrobe, muddy fields, and rudimentary construction on the farm creating an undeniable sense of place and time.

A note at the end of the film tells us that much of the dialogue and accounts are based on actual documents from the era. The vernacular is very specific, adding to the authenticity and overall eeriness, as does the score, which includes pained voices reaching an apex before being abruptly cut off. 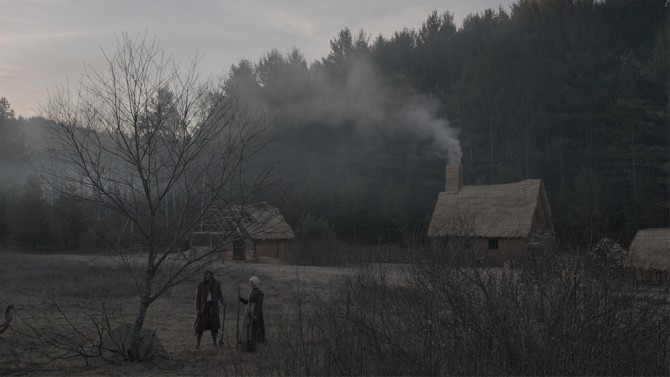 There are some flashes of horror standards – “knowing” children and demonic possession among them, but The Witch doesn’t rely on tried and true tricks to bring the shocks. The pace may seem slow to those initiated in the well-timed-jumped-scare world of contemporary horror, but if you pay attention, there’s much more to ingest.

Often, it’s less about what happens than what could happen. Several times there are empty black spaces on the screen that portend trouble, though nothing jumps out to ease the tension. After an eruption of violence in the film’s final act, the quiet minutes that follow it are more unbearably worrisome than the bloodletting. Close-ups also aid the tension – if feels like Black Phillip is staring straight through us. It’s remarkable how chilling this goat is by just existing in the frame. Transitions between scenes are designed to unnerve and keep us off balance, from Thomasin yelling “BOO!” while playing peek-a-boo with Samuel, to William forcefully chopping wood.

Eggers’s hand is impressively steady, letting his themes carry the doom. It’s easy to see the terror in purity getting in the way of practicality, or how devotion to narrow ideology can blind you to real danger and compound your fears in the face of evil opposed to your engrained beliefs – most fearful when it comes from within. And, like any great folk tale, The Witch’s anxieties are universal and befitting of any time-period. Just watch any of the recent presidential debates where candidates espouse their reverent ideologies and then spout hateful rhetoric when it fits their agenda. It’s terrifying.

This isn’t an attack on or endorsement of Christianity, or any religion, or conservatism in general. It’s primal allegory at its best – diametrically opposed forces colliding, building to a conclusion that’s shocking, troubling, and oddly liberating. And that sense of unchained freedom may give the biggest chills. This is a fear that sticks.