A new trailer has been released for the upcoming crime thriller A Violent Separation, directed by Kevin and Michael Goetz (A Scenic Route). The film stars Brenton Thwaites, Ben Robson, Alycia Debnam-Carey, Claire Holt, Ted Levine, Francesca Eastwood, Gerald McRaney, and Peter Michael Goetz, and involves a sheriff’s deputy attempting to cover up a murder perpetrated by his brother.

A Violent Separation opens in theaters and on VOD platforms May 17th.

In a quiet midwestern town, a deputy named Norman Young is faced with an impossible decision; arrest his older brother Ray for murder or help him cover it up. Norman chooses family. As the ensuing investigation withers, neither of the brothers are prepared for the weight of their guilt or how that guilt will strain their loyalty to each other when a passionate romance blossoms between Norman and the victim’s younger sister, Frances. Family bonds are tested as  impossible choices must be made to protect the ones they love. 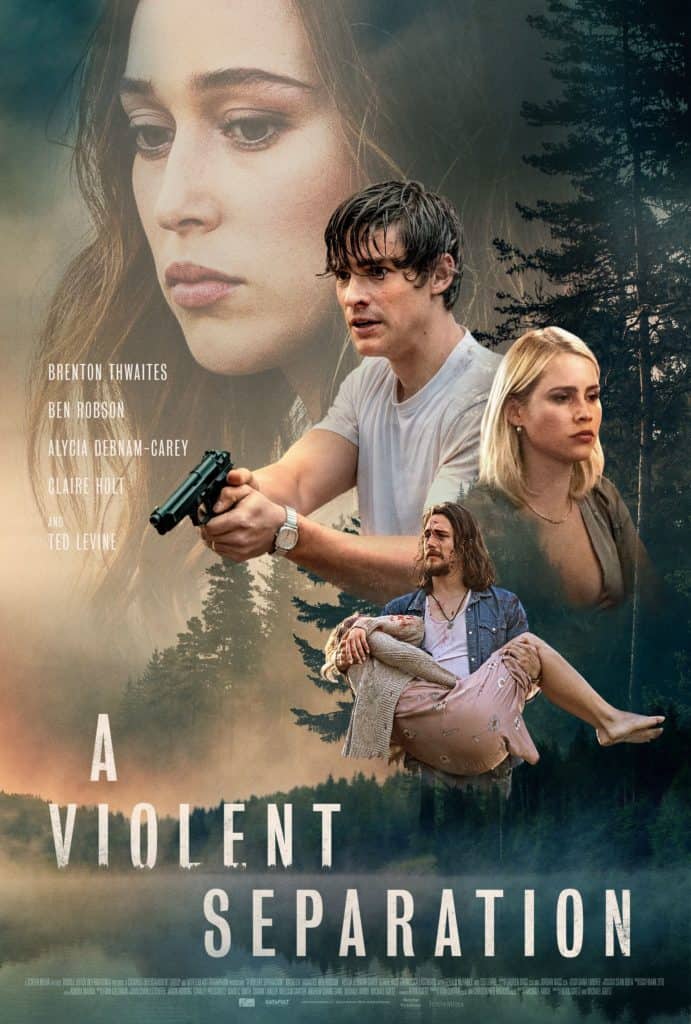