A new trailer has been released for the upcoming thriller Blood On Her Name, directed by Matthew Pope and starring Bethany Anne Lind, Will Patton, and Elizabeth Röhm.

Blood On Her Name premiered at last year’s Fantasia Festival and will be available in theaters and on VOD platforms February 28th.

The dead body lies at her feet, its blood still draining onto the floor. It was an accident, borne of self-defense, but its discovery could have devastating consequences for local garage owner Leigh Tiller and her son.

In a panic, Leigh decides to conceal the crime, cleaning the bloody scene and scrambling to dispose of the body. But can she actually disappear a man from the earth—from his family—leaving them forever wondering? As Leigh is torn between her primal instincts and tortured conscience she struggles to keep her sins hidden from her estranged father–a cop with a long history of moral compromise –and from the keen-eyed girlfriend of the deceased. Blood On Her Name is a character-driven thriller that explores questions of guilt, moral identity, and the irrevocability of choices in the direst circumstances. 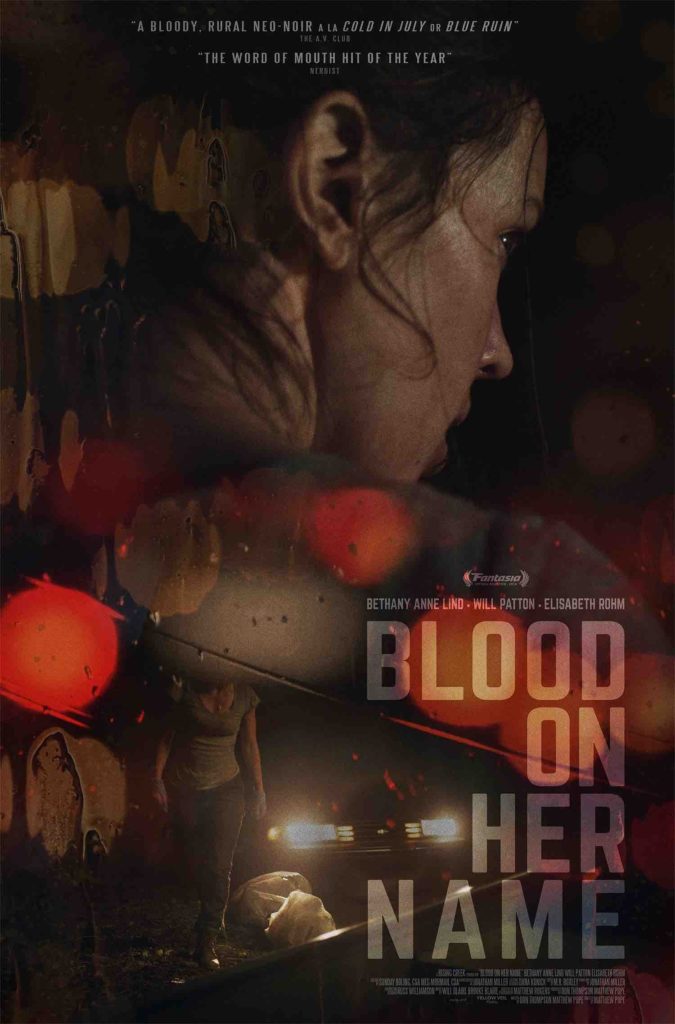