Saban Films has released the trailer for the upcoming thriller Vivarium starring Jesse Eisenberg and Imogen Poots as a couple trapped in some kind of nightmarish housing development. The film is directed by Lorcan Finnegan.

There hasn’t been a release date for Vivarium announced yet, but expect it soon (we’ll update this post when that happens).

UPDATE: I updated the key art and learned the release date is March 27th in theaters and on VOD platforms.

Tom and Gemma (Jesse Eisenberg and Imogen Poots) are looking for the perfect home. When a strange real-estate agent takes them to Yonder, a mysterious suburban neighborhood of identical houses, Tom and Gemma can’t leave quick enough. But when they try to exit the labyrinth-like housing development, each road takes them back to where they started. Soon, they realize their search for a dream home has plunged them into a terrifying nightmare, in this taut thriller filled with white-knuckle suspense. 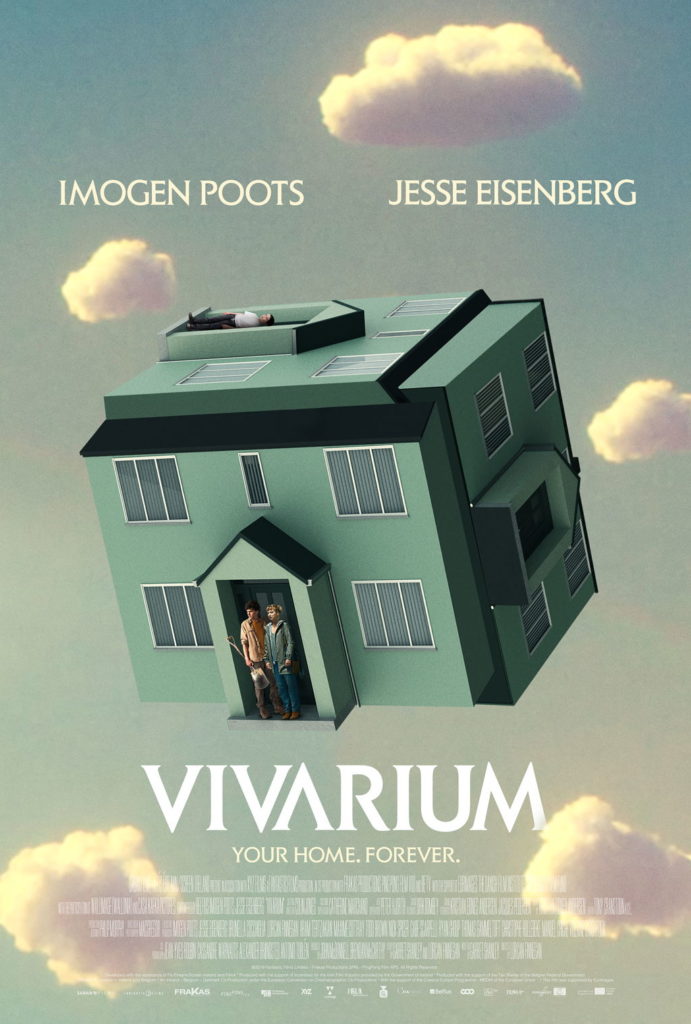