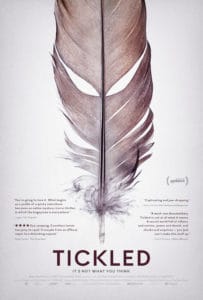 When I first heard about David Farrier and Dylan Reeve’s documentary Tickled, an exploration into the strange world of competitive tickling, I – along with many of you no doubt – had a slew of questions about this bizarre spectacle calling itself a sport. But as the film progresses, we quickly find that there’s more to this story than an odd, slightly homoerotic competition.

In the film, Farrier, a journalist specializing in covering strange things like competitive tickling, tells us how he came upon these videos, showcasing what appears to be an up-and-coming sport, but after he runs his first article, things become significantly more intriguing with a spat of threatening emails from the supposed organizers behind these competitions.

Not sitting idly by and allowing this story to fade into obscurity, Farrier ignores the name calling and threats of legal action and digs deeper into this so-called competitive endurance tickling. As he goes further down the rabbit hole, the story becomes more and more fascinating with every twist and turn, resulting in one of the most compelling and entertaining docs this year.

I’m always a sucker for stranger-than-fiction documentaries and even more so a fan of docs that take viewers on a journey so unexpected that the filmmakers themselves clearly had no idea how it was all going to play out. As such, Tickled proves to be a truly unique experience, something sadly lacking in the bulk of modern documentaries coming out these days. They’re a dime a dozen, but in a sea of talking heads and rock docs, Tickled stands well above the rest. 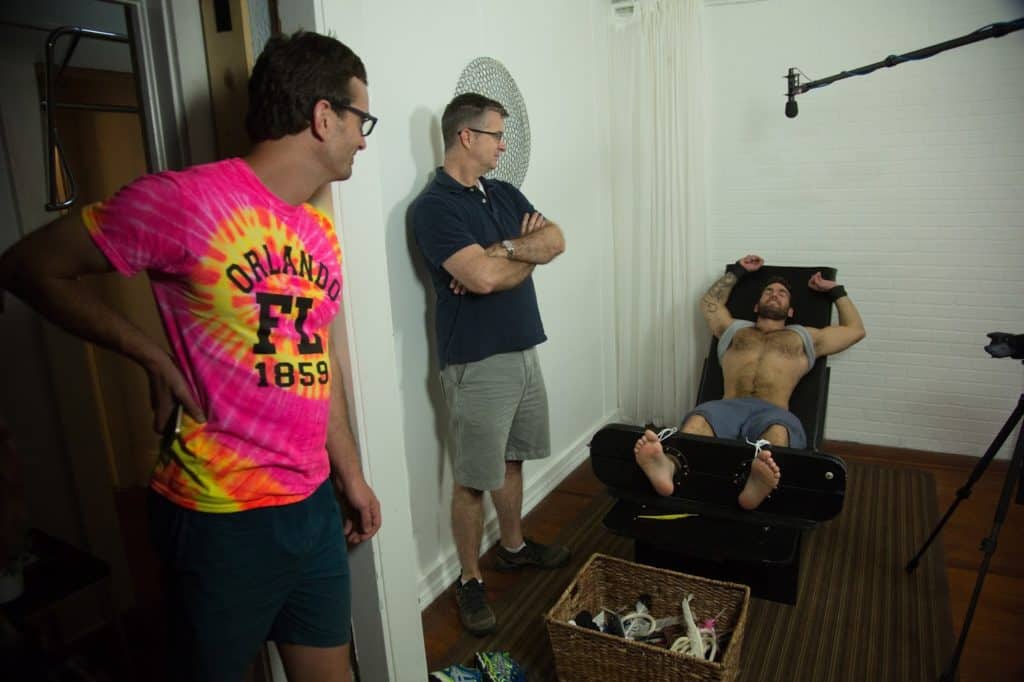 It’s one of the few must-see documentaries to be released this year, and even though the film ends after an hour and a half, this is a story that is still seeing developments now since its premiere at this year’s Sundance Film Festival and is one that I continue to follow for updates. There could even be enough here to make a second film just revolving around the fallout from this one, which I sincerely hope happens – that is if there’s enough content.

It’s difficult to write about the narrative path the film takes, as it would be giving far too much away and doing the film a disservice, but this is one of those movies where the less you know the better. Go into it completely cold, avoid any trailers or news articles and strap in for one weird ride.