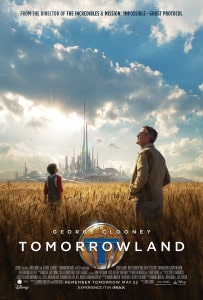 In addition to being loosely tied to a Disney theme park attraction, Brad Bird’s Tomorrowland attempts to bring back the science fiction of yesteryear, focusing on bright futures and the infinite imagination of man and our unwavering ability to reach for the stars.

In theory, a movie celebrating old-school sci-fi themes sounds refreshing and fun, especially given the Disney spin, but the film falters by constantly condemning modern sci-fi for its dire outlook on the future of civilization, all the while becoming the exact thing it’s criticizing.

Britt Robertson plays Casey Newman, a young dreamer with a positive outlook on life and a penchant for figuring out how things work. The daughter of a soon-to-be-unemployed NASA engineer, Casey finds herself arrested after sabotaging the cranes that are set to be used to demolish the shuttle launchpad at Cape Canaveral. After posting bail, she finds a mysterious pin with her belongings that, when touched, allow her to see a futuristic and amazing place known as Tomorrowland.

After meeting the strange little girl who gave her the pin – Athena, played by Raffey Cassidy – Casey meets a man named Frank Walker, played by George Clooney, who was previously banished from Tomorrowland years ago. For some reason, the three are being hunted by toothy-grinning robots and must escape to Tomorrowland in order to save the world or something.

The film presents itself as a riddle box, only giving small clues here and there at the big picture of what’s going on. Unfortunately, this undercuts the stakes by not revealing the major conflict until the beginning of the final act. What’s more, this reveal was underwhelming and slightly bewildering, as the motivations of the film’s antagonist, played by Hugh Laurie, never felt fully developed. 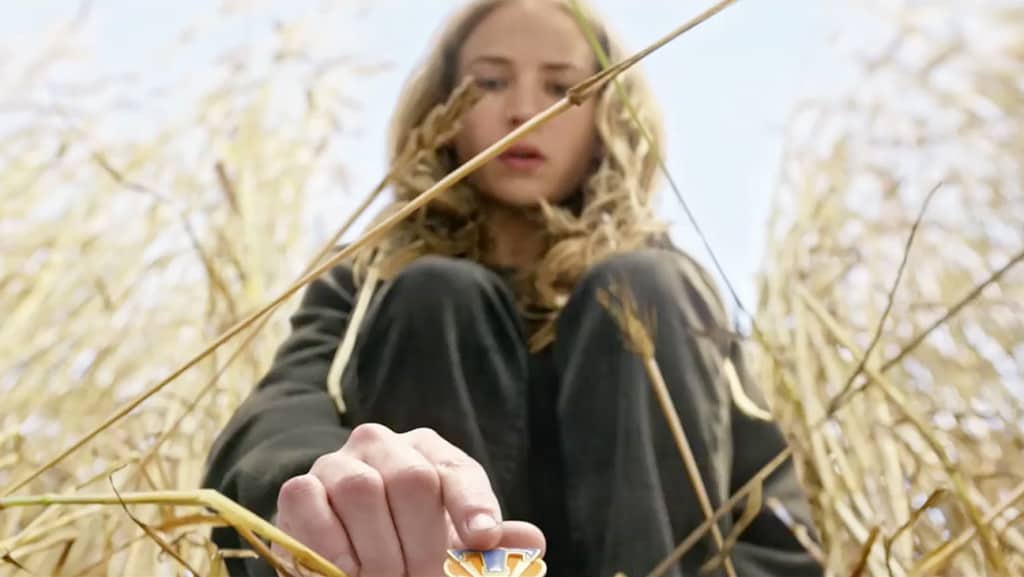 Brad Bird has a knack for presenting fun and visually appealing adventures, and Tomorrowland is no exception. If the Disneyworld attraction looked and felt like this, I’d happily drop everything and move to Orlando in an attempt to live in this world. It’s bright, detailed and gloriously vibrant, and while this place never felt like it wasn’t created with a computer, it was still impressive nonetheless.

While Clooney’s performance is rock solid, as always, his character feels more like a plot device designed mainly to introduce Casey into this world and impart a few choice words of wisdom. The film has a wraparound segment that begins with him telling the camera his story and how he was brought to Tomorrowland as a young boy. This overly long preamble to the main story lays out everything the film is about, which would be fine if what proceeded didn’t continuously tell us again over and over again.

Clocking in at a bloated 2 hours and 10 minutes, Tomorrowland feels like a quintessential Hollywood blockbuster, giant robots and all. There’s certainly some fun to be had, but the poor plot structure and lackluster finale prevent this from becoming anything more than just another dull popcorn flick.