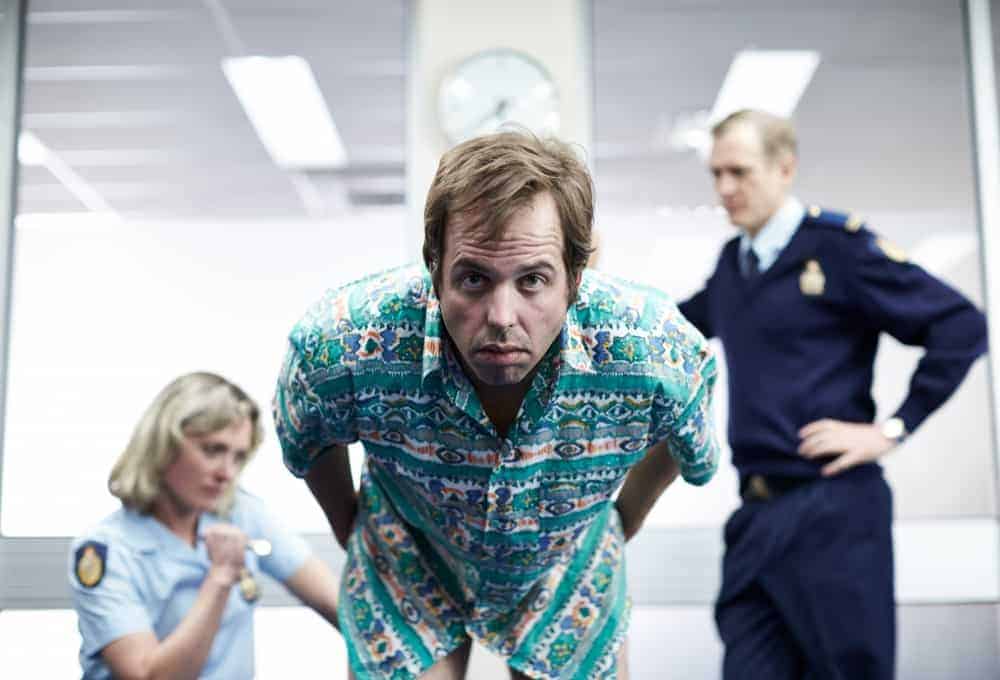 One of the most original and entertaining films I saw at this year’s SXSW was Tony Mahony and Angus Sampson’s The Mule, a darkly comedic crime drama about a man who gets caught transporting drugs in his tummy. The film stars Angus Sampson, Leigh Whannell, and Hugo Weaving.

XLrator Media is distributing the film in the U.S., however there’s no release date as of yet. Be sure to check out my review here, and look below for the trailer.

It’s 1983. A naive man with lethal narcotics hidden in his stomach is detained by Australian Federal Police. Alone and afraid, ‘the Mule’ makes a desperate choice; to defy his bodily functions and withhold the evidence…literally. And by doing so becomes a ‘human time-bomb’; dragging cops, criminals and concerned family into his impossible escapade. Inspired by true events, THE MULE is directed by Angus Sampson and Tony Mahony, with a darkly comic screenplay by Sampson, Leigh Whannell (Saw, Insidious), and Jaime Browne. The film stars Hugo Weaving alongside Sampson and Whannell with an ensemble cast including Ewen Leslie, Geoff Morrell, Georgina Haig, Noni Hazlehurst and John Noble.