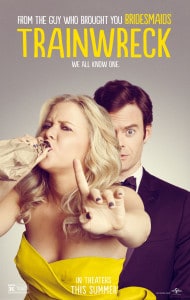 Since coming into our collective public consciousness in a big way, thanks to NBC’s Last Comic Standing and Comedy Central’s popular “roasts,” stand-up comedian Amy Schumer just keeps getting bigger, even hosting the 2015 MTV Movie Awards this past April. Her titular TV show, Inside Amy Schumer, is controversial and inventive and awesome, giving us women a voice that is strong, goofy and unapologetically honest.

Though it’s hard to point to one particular achievement that has “put her on the map,” her latest endeavor – that of writer and star of Judd Apatow’s rom-com Trainwreck – is arguably it. Schumer plays “trainwreck” Amy, an easy-going, career-driven magazine writer who is up for a big promotion, when she is assigned a sports-themed story about an orthopedic surgeon named Aaron (Bill Hader).

Aaron just happens to be best pals with LeBron James, who plays himself, and is well respected among athletes and his professional peers. He embraces his “nerdiness” and lack of natural athletic ability, exuding both a calm confidence and great sense of humor. It’s not really explained why a rich, funny doctor with famous friends is still single or why Amy is a trainwreck, other than the fact that she is promiscuous and cheats on her boyfriends, yet Apatow isn’t really known for his character development so I wasn’t expecting much in this department anyway. 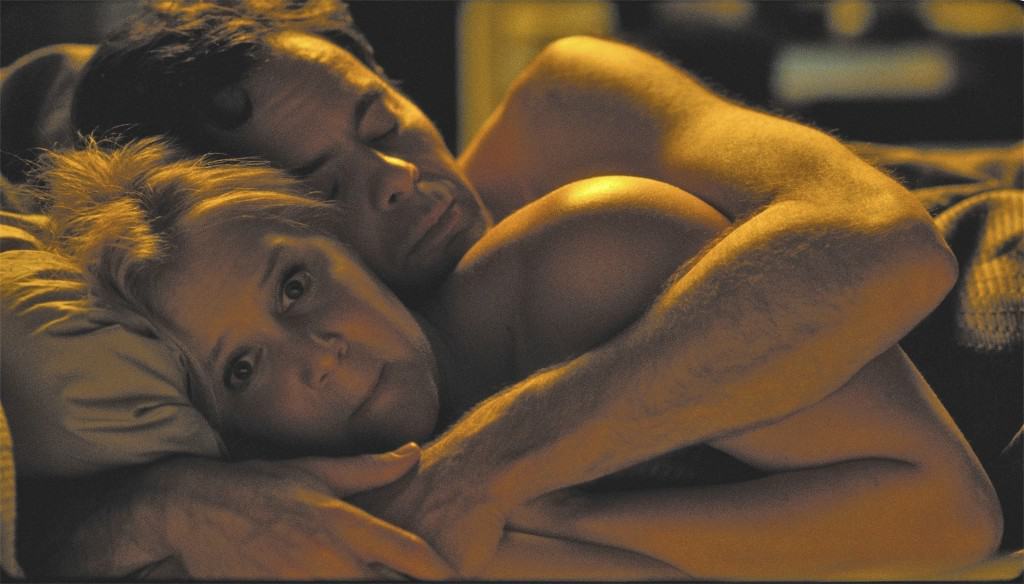 There are numerous cameos by actors and sports figures alike – too many to list actually – but many appearances feel disconnected from the story, as if there’s some reasonable explanation for their speaking roles on the editing room floor somewhere. Clocking in at a smidge over two hours in length, the film could probably have cut a few of these cameos and saved them for the Blu-ray release.

The boy-meets-girl plot is relatively familiar: girl hasn’t had a successful relationship – or is recently dumped/cheated on – and then her soul mate (who she doesn’t know yet is her soul mate) reveals himself in a bizarre circumstance and makes her realize that she is wonderful and valuable and deserving of true love and then someone makes a grand gesture to tie the film up into a nice bow. These are actually the type of clichés that Schumer is great at parodying, but she also embraces what is means to be a woman, insofar as knowing that this is the successful formula for chick flicks.

Schumer and Apatow do flip the script on “traditional” gender roles through a few vignettes, like Aaron and LeBron catching up on Downton Abbey and gossiping about relationships and Amy and Nikki high-fiving over sexual conquests and acting puzzled over a clingy one night stand. But for the most part, all the typical rom-com beats are in place.

If you’re already a fan of Schumer, then check this one out; her comedic chops are in top form, both in her acting and in her writing. Don’t expect a “new” Amy though. This is her stand-up character and her Inside Amy Schumer character through and through, and even in one of the film’s saddest scenes, you are still waiting for a joke or two to emerge. Though her performance in this film may not be Oscar material, she’s certainly got talent, and I hope to see many more great things for her in the future.