Though the Tribeca Film Festival has just kicked off, distributors are already wheeling and dealing and Anchor Bay was quick on the draw to pick up this surreal horror flick from Karl Mueller.

The film is titled Mr. Jones, and no it’s not a remake of the 1993 Richard Gere film, this is a psychological horror film about a couple being terrorized in the woods.  Hit the jump for the poster and synopsis, and if you’re attending Tribeca, it premieres tomorrow as part of the Midnight programming.

Scott and Penny just moved to a remote cabin to escape the pressures of the world and breathe new life into their art. Their only neighbor for miles is a strange hermit who only comes out at night, under the shroud of darkness. As Scott and Penny get deeper into his world, they start to suspect that this man is actually an infamous artist known only as “Mr. Jones,” and they’ve stumbled across an once-in-a-lifetime opportunity to document his bizarre existence. But this is only the beginning. When Scott and Penny delve too deeply into Mr. Jones’ existence, everything around them turns in on itself, and their only escape is through the realm of their own nightmares… 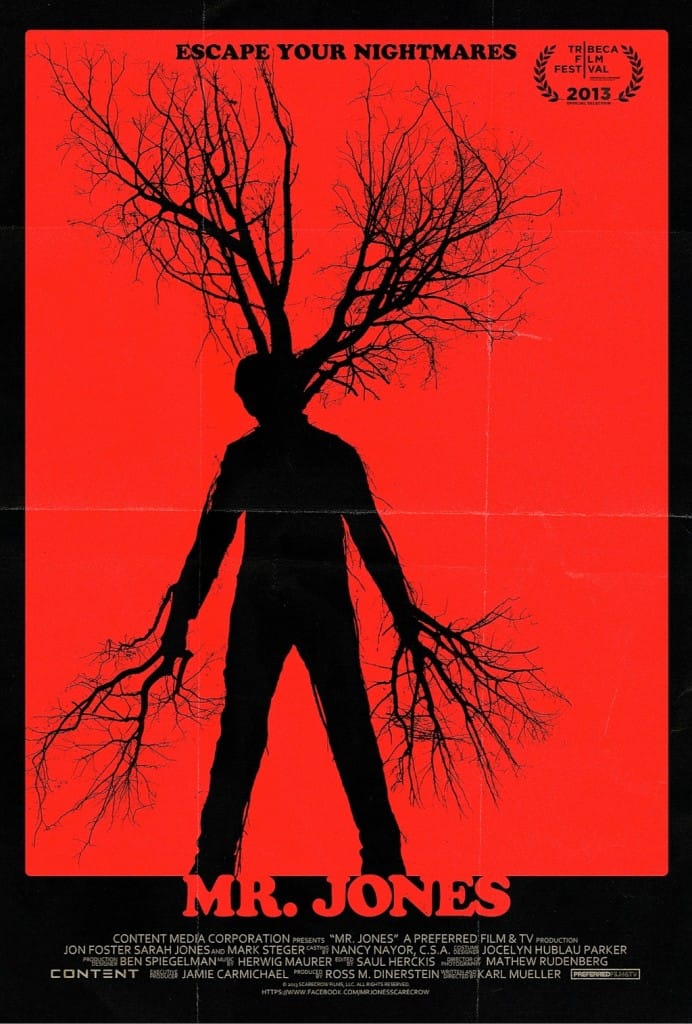