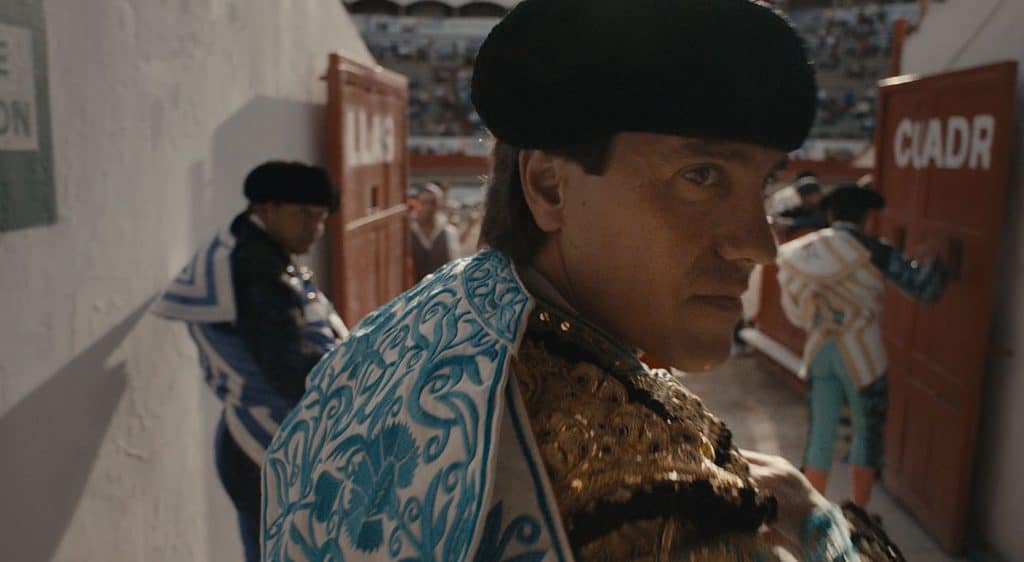 A new trailer has been released for Ido Mizrahy‘s upcoming documentary Gored, which looks at famed bullfighter Antonio Barrera and his career as the most gored bullfighter ever.

The film will be making its premiere April 16th at next week’s Tribeca Film Festival in New York.

Here’s the synopsis from Tribeca:

Known as the “Most Gored Bullfighter in History,” Antonio Barrera has been stabbed 23 times by his horned adversary. Barrera may not be the most graceful bullfighter, but his unyielding fervor has carried him through each gore. Now with a wife and two children, his career poses a threat to his family’s stability and Barrera must grapple with saying goodbye to a passion he’s had his whole life.

A portrait of one man’s devotion to the sport he loves, Director Ido Mizrahy expertly captures the grace and danger inherent in Spanish bullfighting—a tragic dance of exceptional beauty, fighters look death in the eye every time they step into the ring. As the crowds’ chants echo across the stadium, equally encouraging and ominous, GORED unveils what it truly means to be fearless. Older, wiser and with more to lose, Barerra steps into the ring, hoping he has one last descabello left.