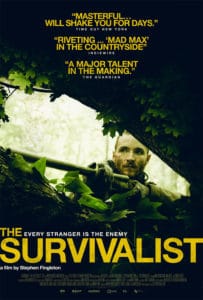 This is a repost of our Tribeca 2015 review, The Survivalist opens in limited release and on VOD platforms Friday.

If you thought John Hillcoat’s post-apocalyptic drama The Road was a little too upbeat and light, then Stephen Fingleton’s feature debut, The Survivalist, will be right up your alley. In what could be the feel-bad movie of the year, Fingleton presents a gritty future, where the world’s oil supplies are depleted and the population has dwindled. We’ve seen this backdrop several times before but not in such an unflinching and graphically real way.

The film opens with a man dragging a nearly naked corpse through a rain-soaked forest, burying him in a shallow grave. This sets the stage for the overcast, perpetually depressing tone of The Survivalist, a film that does anything but make the apocalypse look cool and fun. Martin McCann plays the unnamed lead, a man living on his own in a small shack deep within the woods for the better part of a decade.

His life is full of monotony, but it’s not without purpose; he’s doing what he needs to in order to make it another day. We follow him on this routine – setting traps for animals, tending to his small parcel of crops, collecting firewood and cleaning his butt with collected rainwater. Everything was progressing nicely for him until his world is upended when two women, played by Mia Goth and Olwen Fouere, stumble onto his property. Now he must decide if they’re worth keeping around or if he should simply kill them and continue his surviving.

The dialogue within The Survivalist is sparse and deliberate, making the characters speak only when it’s absolutely necessary. McCann’s performance relies almost completely on head movements and expressions, which he handles superbly. This lack of conversation adds to the quiet realism of the film, hammering home the fact that these people are simply surviving, not actually living. 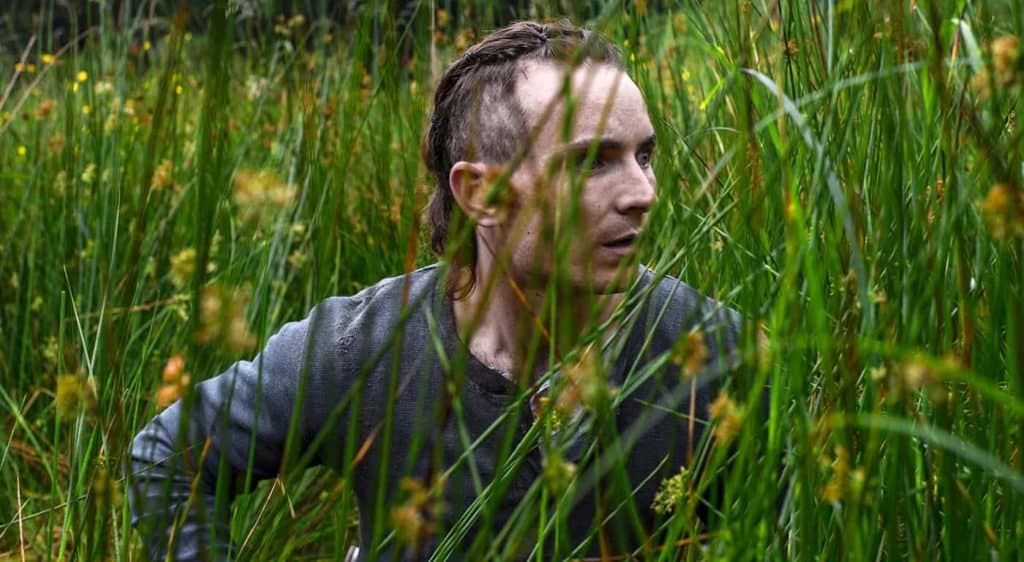 The film also explores the lengths to which we go in order to continue surviving, as there are several moments throughout the film that are not only difficult to sit through, but also raise a myriad of moral quandaries. It’s a film that raises the questions of how you would react in the same situation and if you would be able to make the same tough decisions.

This is the type of movie that preppers and survival nuts should seek out. Many of these post-apocalyptic films that have been coming out over the last few years don’t necessarily glorify the fall of civilization but often sugarcoat just how bad it would really be – this film doesn’t do that.

This is a as real as it gets, and Fingleton doesn’t shy away from showing us in close detail just how horrific and brutal this reality would be. The camera is constantly pulled in tight, giving everything a slightly claustrophobic feel, despite being set in a lush wilderness. Dirt and muck cover almost everything, and it’s constantly raining and overcast. There’s no music other than what the characters themselves create, further stripping the film of any extraneous style or flair.

The Survivalist is a difficult movie in tone, content and structure. With its drab setting, almost non-existent dialogue and terribly awful subject matter, it’s certainly not for everyone and requires the right mood to be appreciated. That being said, this is exactly how I imagine the collapse of civilization would be – not a fun romp through empty shopping malls and grocery stores but a long, arduous journey of just trying not to die every day and being forced to do horrible things all the time.