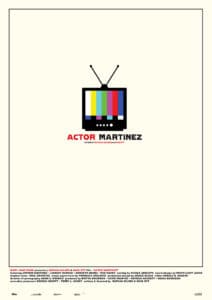 While Hollywood churns out nothing but big, over-the-top fantasy films, the indie scene has been defiantly pushing in the opposite direction for years, delivering hyper-realistic stories that frequently blur the lines of fact and fiction.

Last year’s Heaven Knows What was one that, at times, felt more like a documentary than narrative, and I absolutely loved it. Now, Nathan Silver and Mike Ott are here to even further blur these lines with Actor Martinez, a comedically tragic piece of genius filmmaking that, try as you might, you never know exactly what’s going on, its most endearing quality.

The film stars Arthur Martinez, a man playing himself, who works as a computer technician but longs to become an actor. In an attempt to break into the business, he hires two indie directors, Nathan Silver and Mike Ott, to make a documentary about his life.

After realizing there really wasn’t enough content to make a movie out of his rather normal life, Silver and Ott decide to hold auditions in order to find a fake girlfriend for Arthur, and it’s at this point that the layers begin slowly piling up, causing the audience to start to question what part of this, if anything, is genuine.

After things don’t work out with the first girlfriend (or maybe they do and that was the intention in the first place), Silver and Ott bring in actress Lindsay Burdge to add a professional angle to the film. Of course she plays herself in both the directed and supposedly documentary segments, making the brain-melting structure even more complex. 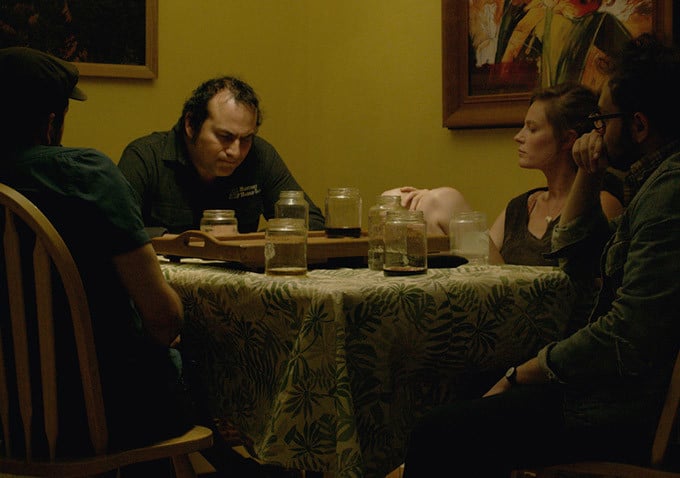 At this point I’m about 10 hours removed from my screening, and I’m still trying to wrap my head around all the clues and nuance this film throws at you. It’s one that demands at least one re-watch, and I personally can’t wait to see it again and make another, most certainly futile attempt to decipher this puzzle box. The character of Arthur is an enigma unto himself, damning the directors for ruining his life in the same breath as praising them for making such a great film.

Then there’s the matter of Kenneth, played by Kenneth Berba, Arthur’s new friend from his Denver acting group. One of the most memorable scenes in the film involves Kenneth, an aspiring comedian, telling jokes while aggressively eating dinner – a cringe-inducing yet hilarious moment one might see in a Joel Potrykus film (yes, I did spot the Buzzard nod as well). I don’t know if Kenneth is genuine or creating a genius Andy Kauffman-esque character, but either way, I love it and want to see more of him in everything.

Gloriously ripping documentary from fiction and vice versa, Actor Martinez was a delightfully awkward mind fuck that solidifies Nathan Silver as one of my current favorite indie filmmakers and certainly puts Mike Ott on my radar, instantly making me want to seek out more of his filmography. This is an easy recommend; just don’t let yourself get frustrated trying to make sense of it all or it may cause you to lose sight of what’s on the screen.