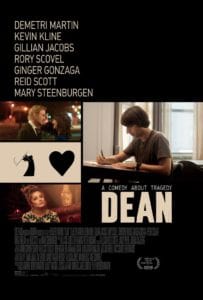 This is a repost of our review from Tribeca 2016. Dean opens in limited release today.

Writer/director/star Demetri Martin delivers in his directorial debut, Dean, a story about a man struggling to make sense of his world. Known to many as a contributor on The Daily Show and his show Important Things with Demetri Martin, the stand-up comedian is also a New York Times best-selling author, who undoubtedly pulls from his real-life experiences in this movie about an illustrator named Dean who is stuck in a rut.

Having won the Tribeca Film Festival’s Founders Award for Best Narrative Feature, Dean is a rather fresh take on the genre. If you are already familiar with and enjoy Martin’s particular brand of visual, dead-pan comedy, then you will certainly take a liking to this movie. But even if you have not been exposed to Martin before this film, it would be rather tough not to enjoy at least a few of the gags.

Starring film veterans Kevin Kline (as Dean’s dad) and Mary Steenburgen as a realtor, as well as Gillian Jacobs as Dean’s love interest, Dean boasts a talented cast, but it’s Martin himself who really shines. The death of the character’s mother prompts a trip to Los Angeles, where Dean – seemingly in a perpetual fish-out-of-water state – encounters Jacobs’ character, Nicky, who is beautiful, charming and seems to “get him.” 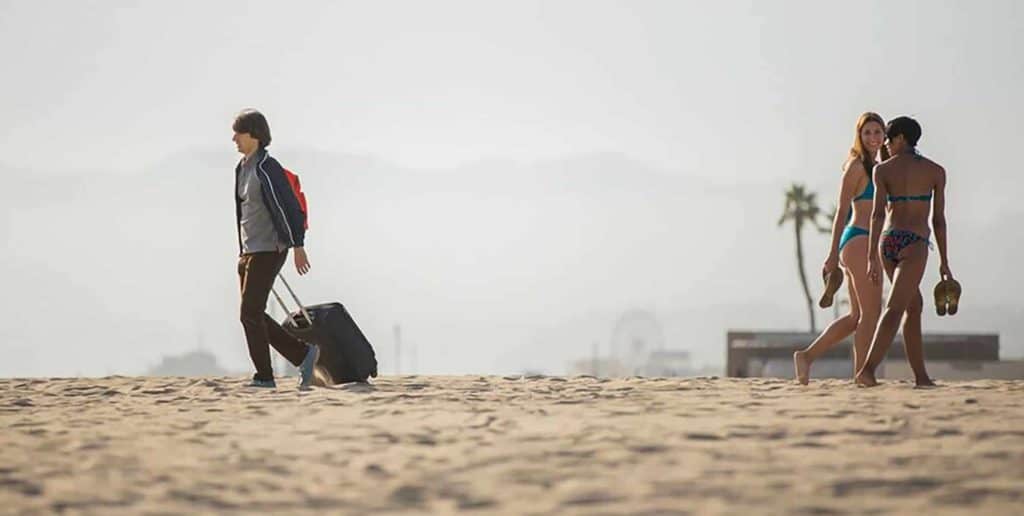 There’s this movie trope where the protagonist (usually a man) sees a beautiful woman for the first time, and she appears to move in slow motion. I have actually wondered if this is how men see beautiful women…in slow motion. So when Martin “alters” this exchange ever so slightly, it is a bit of movie-making genius. If I shared any more, it might ruin the surprise for you, but let’s just say the audience was roaring with laughter.

I tend to struggle with films that center around successful, privileged characters who are throwing themselves dumb pity parties, primarily because there are very real issues that most of the world’s population are dealing with, which are in no way comparable to theirs. But Dean is dealing with the death of his mother, perhaps one of the reasons that the world around him seems so ridiculous and ripe for his comedic interpretation, and there are a few genuinely sad scenes.

This film’s strength, however, is its humor and its various gags, which are far enough apart to slip in some actual plot and character development but not so many that they become dull or old. The movie knows exactly what it wants to be and flawlessly executes it – both tonally and structurally.