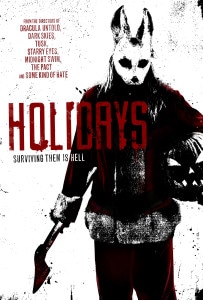 After the last V/H/S film and the second entry into the ABCs of Death series proved to be a disappointment, my fondness for horror anthologies was beginning to heavily wane. Then Tales of Halloween came out, and while it was decent, it wasn’t enough to get me excited for the next set of bite-sized horror tales.

But then Southbound was released late last year, and I was back on board. That film took a simple theme and crafted some truly unique and fun stories out of it, something I hoped would be the case with Holidays, a series of horror shorts centered around, you guessed it, holidays. Unfortunately, Southbound this is not, and the end result is a collection of forgettable stories that culminate into an underwhelming and ultimately boring experience.

The film is cobbled together similarly to the ABCs of Death series in that, when one segment ends, the next simply begins with no bookends or interconnected through lines. The holidays covered include Valentine’s Day, St. Patrick’s Day, Easter, Mother’s Day, Father’s Day, Halloween, Christmas and New Year’s Eve. (Sorry, patriots, there’s no Flag Day included in this one, maybe the sequel.)

Valentine’s Day starts off the collection with a story directed by Dennis Widmyer and Kevin Kölsch about a bullied school girl who has a crush on her swim coach. I’d like to say this is one of the weakest of the bunch, but in retrospect, they’re all adequately weak and none of them are particularly enjoyable or entertaining.

Possibly the creepiest of the bunch is Nicholas McCarthy’s Easter segment, which seemed to be the shortest and had the least substance, but managed to be fairly unnerving when a girl wakes up one night to find the real Easter Bunny in her home. 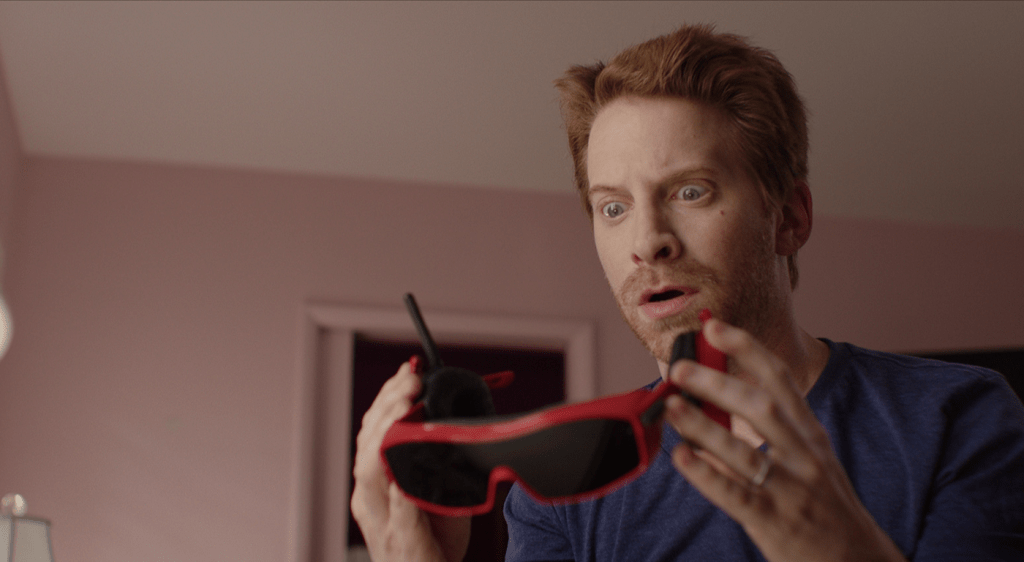 I suppose that, if I had to choose a favorite, I might pick the Adam Egypt Mortimer-directed New Year’s Eve segment, simply because it had a nice twist and felt like a proper short film. That isn’t to say it wasn’t any less forgettable than the others, but I found it to be the most entertaining and humorous.

It’s a shame, too, because the pedigree of the people involved in this film is fairly strong, as are the visual aspects of some of them. The Mother’s Day and Father’s Day segments in particular are surprisingly great. Normally, even in the not-so-great anthologies there are at least one or two standouts, (V/H/S/2, I’m looking your way) but every one of these entries is just vanilla.

The holidays can be an inherently terrifying time, but none of these stories really do anything interesting or fun with them, and even when they do, because of the short length, the filmmakers are never able to fully develop any of these ideas.