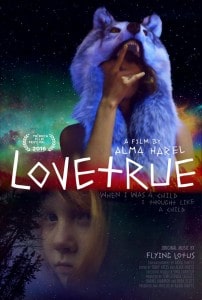 After falling in love with Alma Har’el’s striking 2011 documentary Bombay Beach, I was naturally quite anxious and excited to learn her next feature, Lovetrue, has been finished and would be premiering at this year’s Tribeca Film Festival. Thankfully, Har’el has once again proven she has a unique vision within the documentary world, injecting some much-needed style into a genre that I feel is oversaturated and overwrought with the same stories told over and over.

Lovetrue, like Bombay Beach is a cinematic slice-of-life documentary, but instead of focusing on one specific location, this time Har’el tackles one specific theme, love, by following the lives of three individuals experiencing different shades of our strongest emotion. While the people and locations couldn’t be further apart from one another: a teenage street singer in New York City, an exotic dancer in Alaska and a surfer in Hawaii, they all experience similar trials and tribulations in their attempt to find happiness.

In Alaska, Blake attempts to maintain her relationship with her boyfriend, Joel, despite his disapproval of her job as a stripper and physical limitations brought on by a bone disease that has afflicted him since childhood. As she struggles to pull herself out of debt and save up for college, she’s forced to move into the club where she works and begins to feel trapped.

“Coconut Willie” was engaged to his high-school sweetheart and had a child with her, only to discover she had been cheating on him with his best friend and that his son wasn’t actually his biologically. Har’el follows him as he attempts to put the pieces of his life back together and maintain his relationship with his son, despite barely being able to hold it together emotionally. 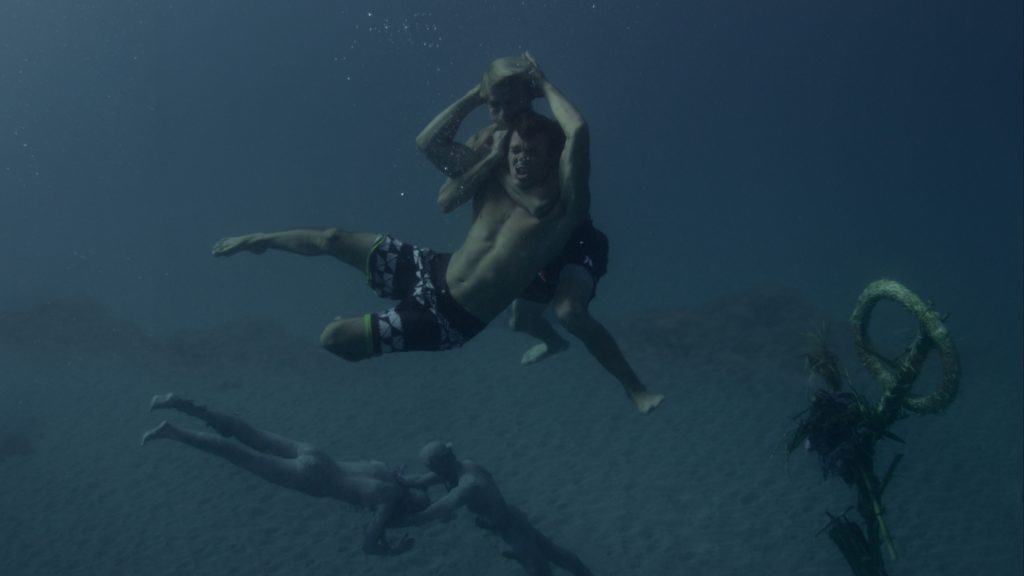 Victory lives in New York City with her father and siblings who all perform as a music troupe, spending their days on the street singing and selling CDs. While recovering from a bike accident that knocked out two of her teeth, Victory attempts to maintain her faith while patching up her relationship with her mother, who walked out on her father after admitting he was not, and could not be, faithful to her mother.

If you’ve seen Bombay Beach, you’ll know that director Har’el takes a more artistic approach to documentary filmmaking, portraying not only her subjects matter-of-factly but having them contribute to their own dramatic interpretations of their lives and their inner thoughts. This leads to not only a better understanding of these individuals, but also results in a more visually arresting, contemplative film that transcends a simple fly-on-the-wall style.

It’s something not often done in docs and something that’s even more difficult to do correctly, but Har’el somehow nails it perfectly, seamlessly blending dreamlike fantasies with the harsh reality of these people’s lives. Willie confronts his former friend in a beautifully shot underwater clash, while Blake meets her possible future self, played by one of her actual co-workers at the strip club where she works. These stunning visuals are accentuated by the excellent score by Flying Lotus.

I don’t know how Har’el was able to find these three subjects, but I’m glad she did and was able to give us such an emotionally resonant documentary in a time when I was completely worn out on the genre. Lovetrue is an absolute must-see and will certainly make its way to my year-end list whenever it gets released.

LoveTrue from Representation on Vimeo.