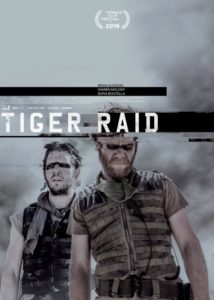 This is a repost of our review from Tribeca 2016. Tiger Raid is available on VOD platforms now.

War is a nasty, dirty, ugly thing, and Simon Dixon’s directorial debut, Tiger Raid, conveys this hell on earth by telling the story of two despicable mercenaries on a mission to perpetrate a kidnapping in Iraq.

Brian Gleeson and Damien Molony play Joe and Paddy, two face-painted Irish mercs trucking through war-torn Iraq on a mission to kidnap the daughter of a rich person of power. On the way, they wax philosophical about prostitutes and rape, solidifying their status as horrid human beings, instantly denying the viewer any type of empathy toward either of them as they carry out their mission.

After dispatching some guards, they carry out their plan flawlessly by nabbing the girl, Shadha (Sofia Boutella), and signaling to their base that the deed is done. From here though things get a bit complicated, and after a few twists are introduced, the partners begin turning on one another.

The problem with Tiger Raid is that there’s just so little to latch onto with any of the characters or what’s happening within the plot. Not only are these two guys unlikable, but they aren’t even interesting. Their shaky mental stability causes them to act erratically, making it impossible to know what they’ll say or do next, but that’s if you’re invested enough into the story to give a shit. 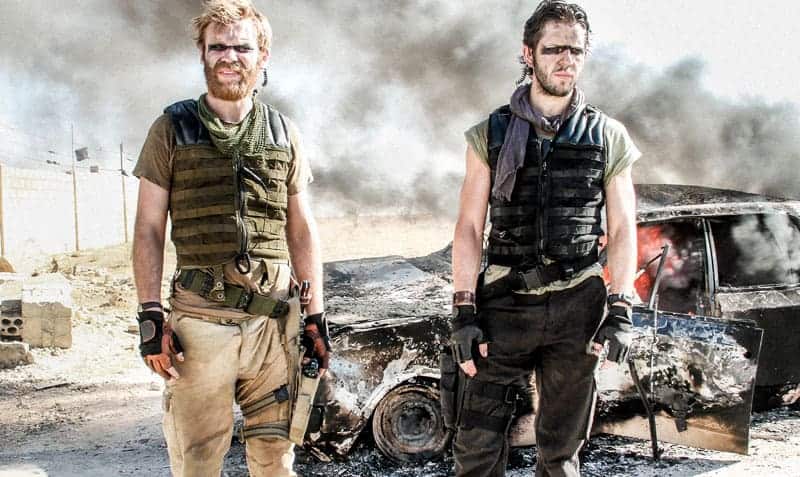 The first twist that occurs is interesting, if not predictable, but the revelation is ultimately inconsequential considering the several other plot shifts that occur directly afterward. The fact that this is such a small-scale film with basically one location and three characters makes the script and characters of utmost importance, and unfortunately the majority of Tiger Raid doesn’t work.

I’m a strong supporter of unlikable characters in film when the script calls for it. I don’t believe every character in a movie needs to instantly be relatable or draw a connection to the audience, but there has to be some quality with that character that causes the audience to want to continue watching the movie. While Gleeson and Molony turned out solid performances, I did not want to be stuck with Joe and Paddy in a truck for thirty minutes, nor did I want to continue hearing their grating conversations after the kidnapping takes place.

Even after we reach the conclusion, the payoff doesn’t feel earned, jamming in plot points within the final moments and hardly justifying the amount of time we spent enduring these characters. Despite the periodically strong visuals, Tiger Raid is not an experience I could recommend and is one that almost caused me to leave the theater before finishing.