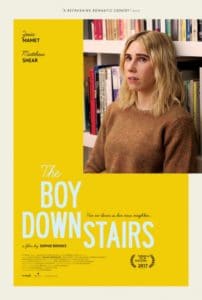 After perfecting the awkward New York romantic comedy with Annie Hall in 1977, many filmmakers have been putting their own spin on Woody Allen’s seminal work, and The Boy Downstairs is writer-director Sophie Brooks’ take on young love in the big city.

Zosia Mamet stars as Diana, a young woman returning to New York city after living in London for the last four years. As most New Yorkers know, finding an apartment in the city can be an absolute nightmare, so when Diana finds the seemingly perfect place, she thinks she lucked out. Unfortunately, after moving in, she discovers her ex boyfriend Ben (Matthew Shear) is her downstairs neighbor. Adding to the awkwardness, it would seem that the two are still carrying some feelings for one another, making for an interesting living situation.

Mamet shines in her role, successfully shying away from her fast-talking, oblivious-to-the-world Girls character and portraying a much more contemplative individual with a wry sense of humor and a keen awareness of the world around her. She’s an aspiring writer, working in a bridal shop to pay the bills, and in her spare time, she helps out her landlord, a retired actress played by Deirdre O’Connell. Although she tries to use all these things as distractions, she can’t help but be drawn toward Ben, despite her constant denial regarding the feelings she has for him. 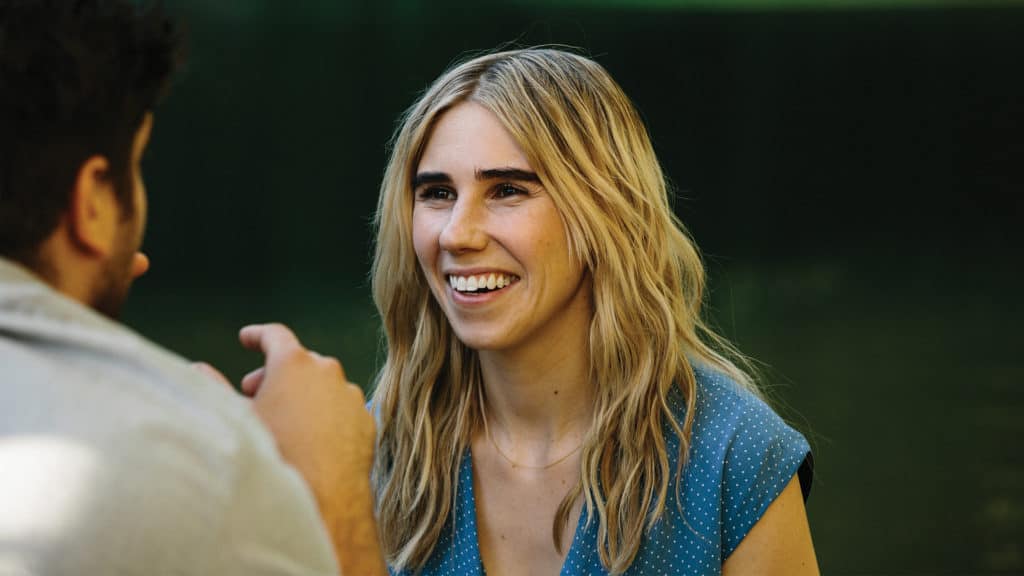 Sophie Brooks’ script is snappy and fun, injecting a smart indie vibe into what would otherwise be a by-the-numbers rom-com, however with all those trappings present, it’s easy to see where all this is going to go. Ben, having attempted to move on with his life, is dating a bitchy realtor who quickly sees the attraction between Ben and Diana and does her best to thwart a reconnection from happening.

Throughout the film, Diana looks for sage advice from her best friend Gabby, played by Diana Irvine, who, as we see through a side plot, has relationship troubles of her own. These interludes, while brief and often humorous, felt extraneous to the film as a whole and added little to the overall narrative.

The Boy Downstairs is a light, enjoyable romantic comedy that, while not having very much lasting power, is a well scripted, well performed film with a decent number of laughs and proves to be a solid feature debut for Sophie Brooks.