A new trailer has been released for the documentary Our Time Machine, premiering at this year’s Tribeca Film Festival in New York. Directed by Yang Sun and S. Leo Chiang, the film follows Chinese artist Maleonn, whose new theater project is a moving tribute to his father who has been diagnosed with Alzheimer’s disease.

Our Time Machine will premiere at Tribeca on April 28th. For additional screening information, be sure to check out the official festival page at TribecaFilm.com.

43-year-old Maleonn is one of China’s most influential conceptual artists today. His father, Ma Ke, was the artistic director of the Shanghai Chinese Opera Theater. After being humiliated and forbidden from working for a decade during the Cultural Revolution, Ma Ke immersed himself in theater. The mysterious excitement of Ma Ke’s creative world inspired the young Maleonn, but his father’s absences stoked early feelings of resentment.

When Ma Ke is diagnosed with Alzheimer’s, Maleonn pours everything into an ambitious new theater project: “Papa’s Time Machine,” a visually stunning time-travel adventure told with human-sized puppets. At the play’s heart are autobiographical scenes inspired by Maleonn’s memories with his father. He hopes this will bring the them together artistically and personally. 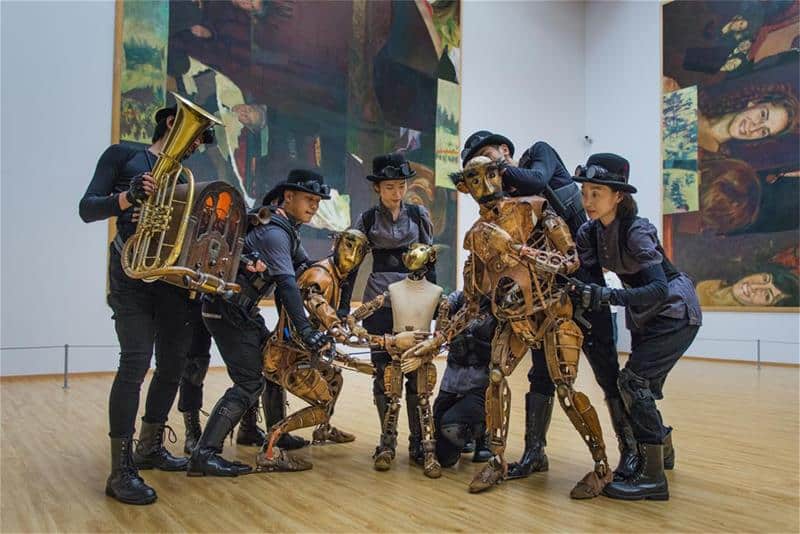