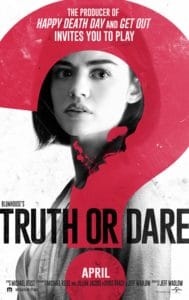 Of all the movies for Blumhouse to put their name on. Whether as a marketing tool or a way to distinguish its film from others with the same title, the production company that brought us the great Get Out and the very good Happy Death Day just last year, is flaunting ownership of one of their worst movies. Blumhouse’s Truth or Dare is an excruciatingly bland, scare-and-fun-free exercise that has difficulty conveying even the simplest ideas of its serviceable high concept.

After a group of spring-breaking college students hikes from their rollicking, quaint Mexican hotel to hang out in a crumbling 19th century Spanish mission set high on a sea cliff – yes, it’s ridiculous – one of them makes a joke about playing truth or dare. “What is this, a seventh-grade sleepover?” How astute, and a bit ironic, because the seventh-grade sleepover crowd is probably too sophisticated to get anything out of Truth or Dare. 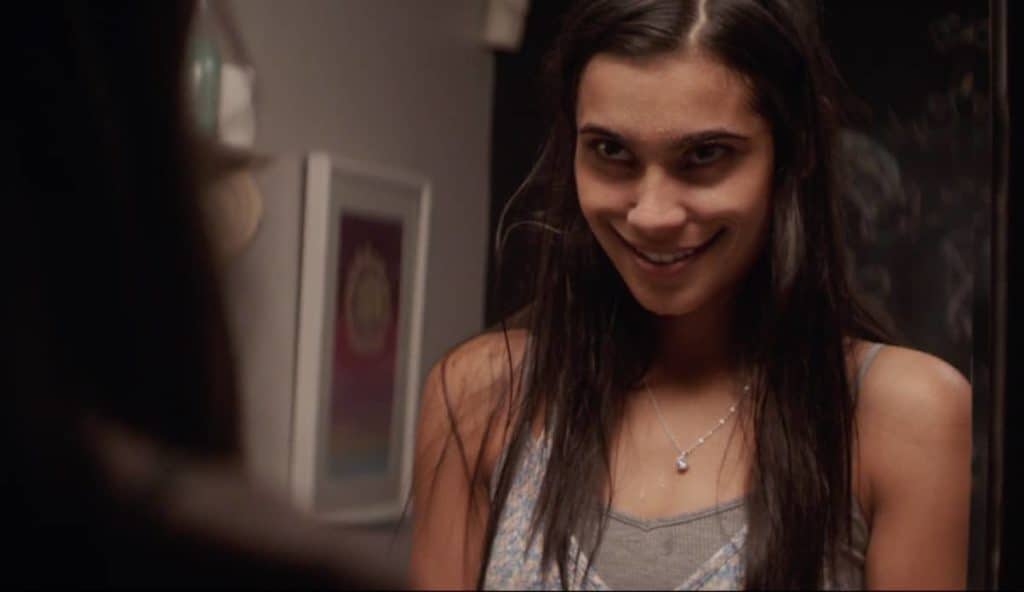 Good girl Olivia (Lucy Hale) is planning on spending spring break volunteering for Habitat for Humanity. Lucky for her, her friends – Markie (Violett Beane), Penelope (Sophia Ali), Brad (Hayden Szeto), and Tyson (Nolan Gerard Funk), who range from annoying to super-annoying – cancel her plans and take her to Mexico. They’re joined on the journey south of the border by Lucas (Tyler Posey), Markie’s sweet boyfriend who may or may not share romantic feelings with Olivia. Campus douchebag/obvious first victim Ronnie (Sam Lerner) also shows up.

Olivia is charmed by Carter (Landon Liboiron), who guides the crew to the aforementioned mission. His sinister motive is to pass on a supernatural curse, which turns the stupid game of truth or dare into an even stupider fight for survival. Back at college, the friends are pushed to continue playing, and if they refuse to tell the truth or complete a dare, they die.

Later in the film, there’s an attempt to explain just how and why this demon is dolling out its torment, with Hale literally, and hilariously, reading transcribed history and rules, but four credited screenwriters, which include director Jeff Wadlow, still can’t make sense of the modest idea. Dialogue is absurd, with college kids spouting exposition through unnatural conversations. What 20-something would awkwardly drop, “…since my dad took is life…” into a convo with her bestie who’s already familiar with the sad backstory? 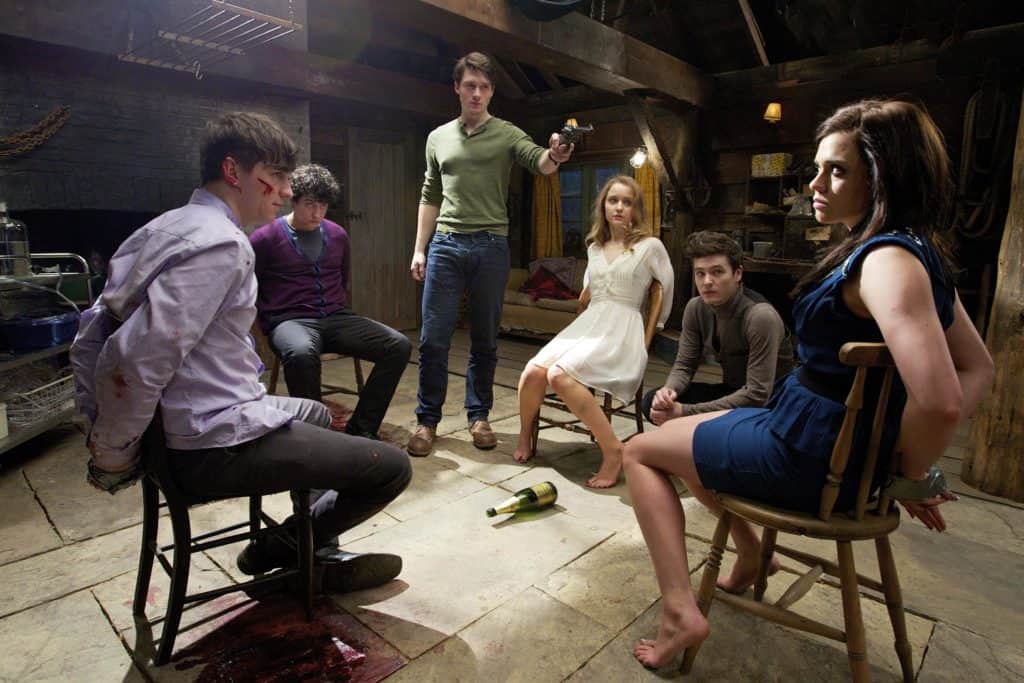 The mechanics of the game and how it’s represented are equally insipid. The fiend pulling the strings can appear anywhere or use anything – graffiti, text messages, videos, reflections, and more – to ask the ominous question to tell the truth or take a dare. Most often, the inquisitor appears on random faces in the crowd that look like they’ve been exposed to the Joker’s Smylex gas. The exaggerated smile and red eyes are rendered by laughable CGI.

Lame dare sequences play out like Final Destination-lite scenarios devoid of tension or graphic gore. Editing that cuts out most of the violence also zaps friction and anxiety, with deaths and hurtful truth-telling presented as matter-of-fact screenplay requirements. One of Olivia’s friends is gunned down right in front of her, and we cut away after Hale drops to the ground giving a tear-filled scream. When we cut back two seconds later, she’s staring expressionless over her friend’s corpse. The consistently over-earnest performances don’t mesh with the goofiness and sanitized sadism.

The film does manage to wring some interesting conflict from interpersonal relationships in a mostly tolerable final act, and there’s even some surprise character swerves, but superficial moralizing and a non-shocker of a final twist that’s also nonsensical reinforce the foolishness. Truth or Dare is a complete dud.