A new trailer and poster have been released for the upcoming documentary Dosed, which follows the journey of a woman desperately trying to overcome her opioid addiction with the used of psychedelics. The film is directed by Tyler Chandler.

Plant medicines are redefining our understanding of mental health and addiction.
After many years of prescription medications failed her a suicidal woman (Adrianne) turns to underground healers to try and overcome her depression, anxiety, and opioid addiction with illegal psychedelic medicine like magic mushrooms and iboga.  Adrianne’s first dose of psilocybin mushrooms catapulted her into an unexpected world of healing and on a personal journey. 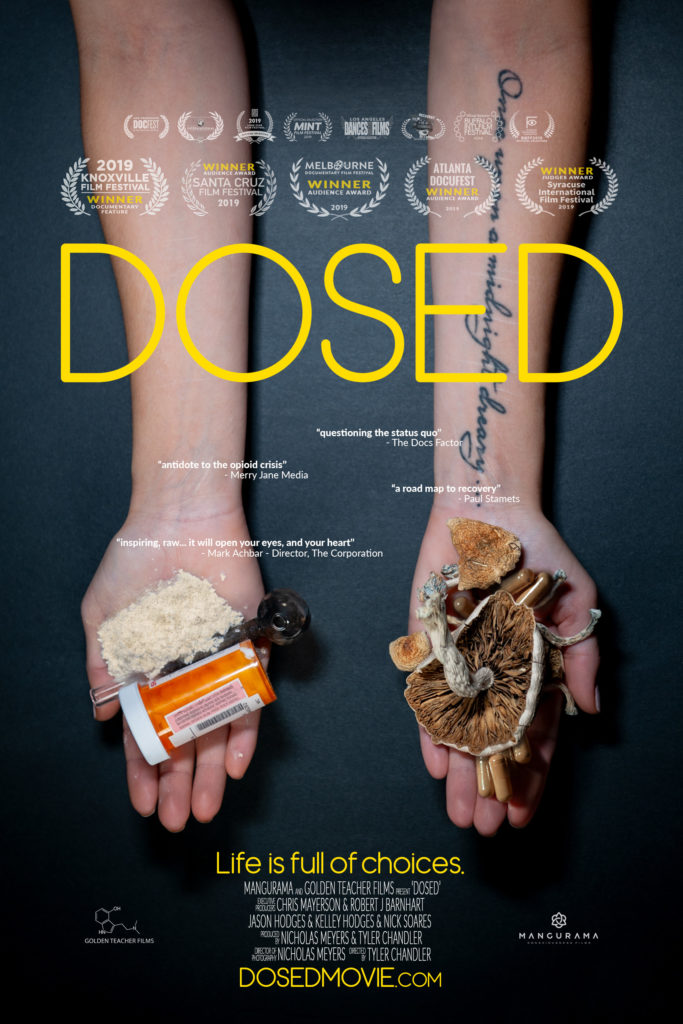