One of my most anticipated films of the year, Uncut Gems from Josh and Benny Safdie, has received its first trailer today. Adam Sandler plays a jewelry store owner who gets in over his head and must figure out a way to pay off his debts before it’s too late. The film also stars Kevin Garnett, Idina Menzel, Lakeith Stanfield, Julia Fox, and Eric Bogosian.

A24 is releasing Uncut Gems in theaters this December.

From acclaimed filmmakers Josh and Benny Safdie comes an electrifying crime thriller about Howard Ratner (Adam Sandler), a charismatic New York City jeweler always on the lookout for the next big score. When he makes a series of high-stakes bets that could lead to the windfall of a lifetime, Howard must perform a precarious high-wire act, balancing business, family, and encroaching adversaries on all sides, in his relentless pursuit of the ultimate win. 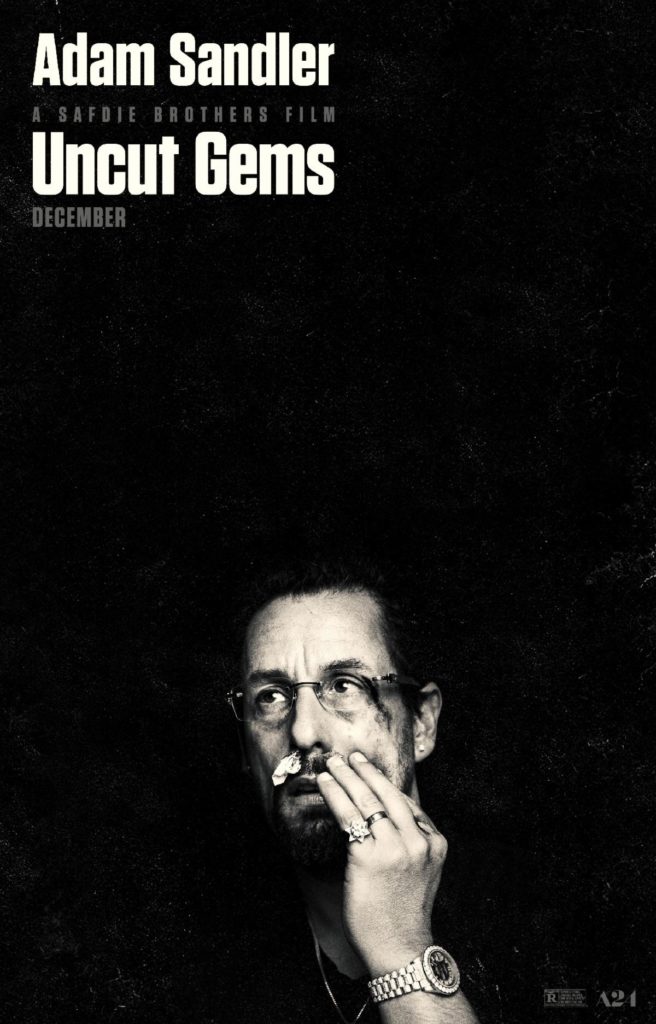