Blumhouse Tilt has released a new trailer and poster for the upcoming horror sequel Unfriended: Dark Web, which, like the first film, is presented in real time on the computer screens of the unfortunate victims. I was pleasantly surprised with the first film and hope this one lives up to the excitement of the original.

Unfolding in real-time UNFRIENDED: DARK WEB​ is the most terrifying horror yet from the producer of GET OUT, HAPPY DEATH DAY and THE PURGE, and the makers of UNFRIENDED. When a 20-something finds a cache of hidden files on his new laptop, he and his friends are unwittingly thrust into the depths of the dark web.  They soon discover someone has been watching their every move and will go to unimaginable lengths to protect the dark web. 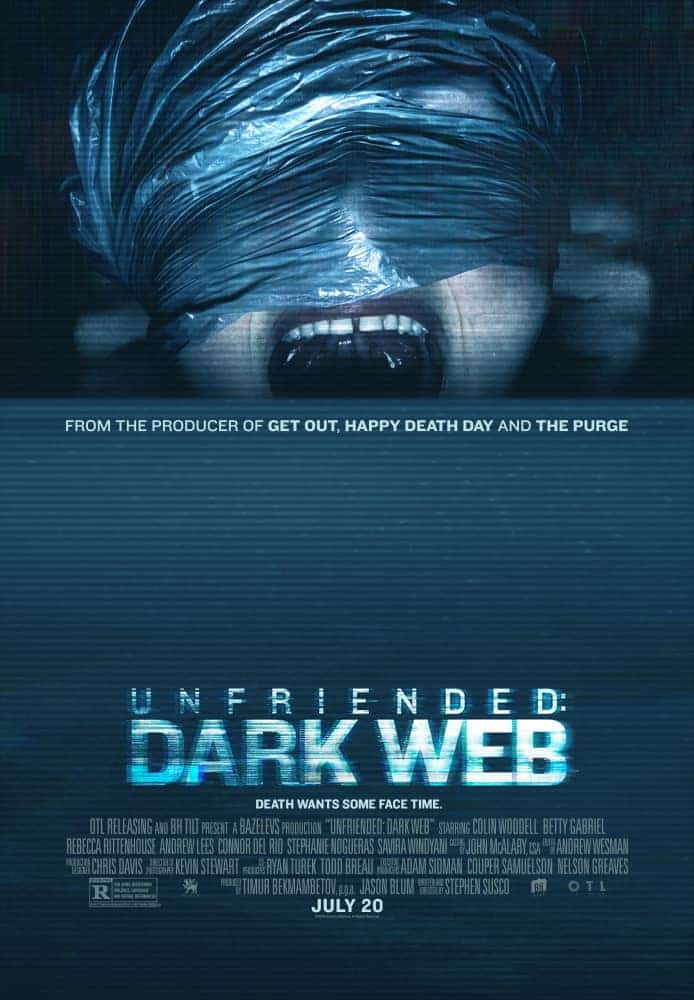