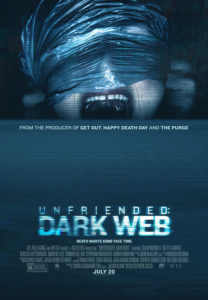 It’s only been three years since the original Unfriended hit theaters, and while its themes of cyberbullying are still more relevant than ever, the landscape of internet-based talking points has shifted in recent years to that of surveillance, data mining and the proliferation of the dark web. Unfriended: Dark Web scraps the bullying angle along with the supernatural elements from the first, instead focusing on themes that are very real and just as scary.

Like the original, the film is shot using screen-capture software on an actual computer, taking place entirely on a screen. This isn’t a new concept but nor is it a gimmick that has been driven into the ground just yet; while I have yet to see Searching, another upcoming film using this style, Unfriended: Dark Web is by far the best of the bunch I have seen so far, from a technical perspective.

Colin Woodell stars as Matias, a developer working on a sign-language app in order to better communicate with his deaf girlfriend, Amaya, played by Stephanie Nogueras. The film opens with the familiar Apple boot-up chime and Matias attempting to log into a computer that is clearly not his. After chatting with Amaya on Facebook, he connects to his friends via Skype for their weekly game night, explaining to them that he bought the computer on Craigslist in order to help with further development of his app. 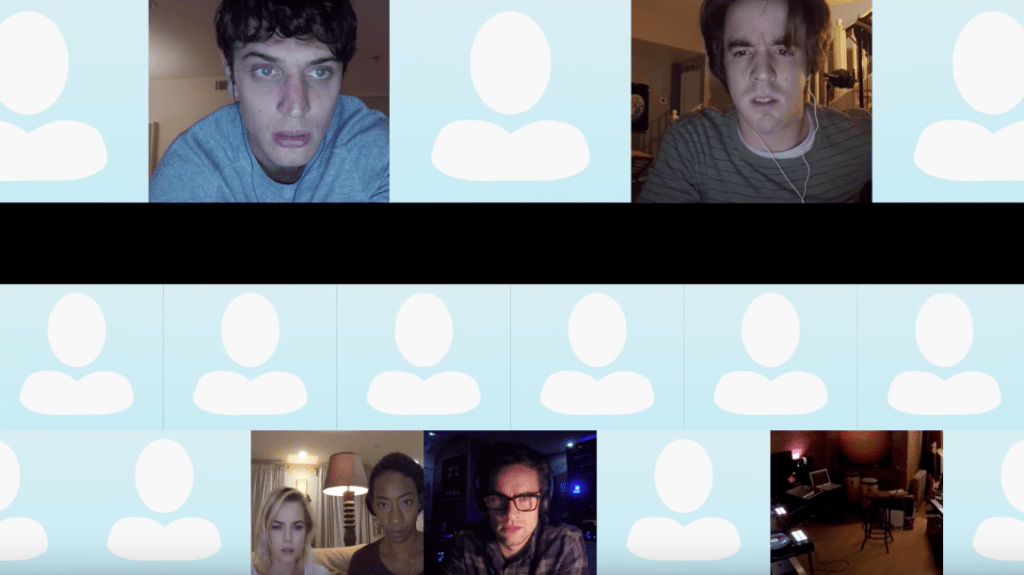 After a few crashes he does some investigating and discovers the hard drive is at capacity, and diving deeper, he finds a hidden volume on the drive containing some strange and disturbing videos. After showing his friends he decides to call the police but pauses when he gets a Facebook message on the original computer owner’s account saying their money has been deposited. Broke and curious, Matias finds a Bitcoin wallet containing $10 million, but before he can decide if he wants to keep it or not, the original owner, who is not happy, messages him through a friend’s account.

The film’s use of technology is astonishingly accurate – from broad things, such as the use of Facebook, Google and Wikipedia, to small details, like the annoying fact that Spotify opens automatically when the computer boots. There are also more technical elements used in the film as well, like the use of Mac terminal commands and using the software DaisyDisk to investigate the hard drive. This accuracy and realism becomes slightly more muddled in the final act, but that’s to be expected as the horror elements ramp up, and it did little to break the immersion. 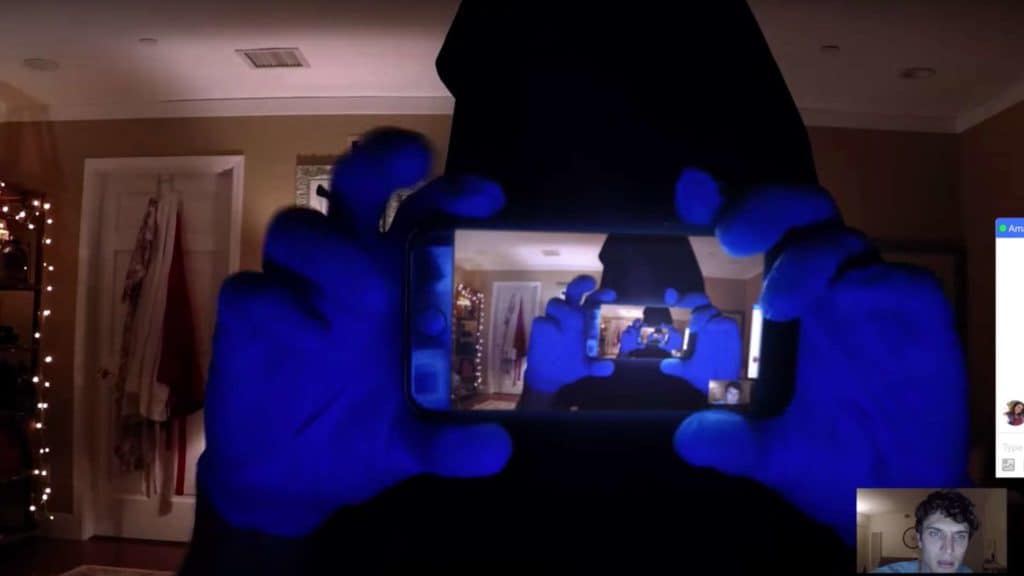 The original Unfriended used supernatural elements to terrorize its ill-fated group chatters, but this time around there’s a more grounded approach, with the killer using his hacking skills to locate and dispatch the hapless victims. This is a bit of a mixed bag, as it pulls in the same style as the first – pixelated video glitches when the killer appears and quick cuts to mask any serious amount of violence. The glitches were completely unnecessary and added little to the atmosphere, but the way in which the victims were attacked proves to be an effective practice, making some of the deaths surprisingly disturbing, with one in particular sticking out due to it being ripped from the headlines.

Adding to the tension is the killer’s method of toying with the other victims, sending them Youtube videos of how they go about hunting down and killing his next target. Unfriended: Dark Web takes the style of the first film and refines the narrative, delivering a far more compelling and suspenseful story that surpasses that of the original, but it retains some of the more annoying tropes introduced in it as well.

No one is completely anonymous online, and there are people out there who have the ability and knowhow to hurt most anyone they please using the technology at our fingertips, which, in of itself, is a terrifying concept that’s exacerbated by this tense cyberthriller.