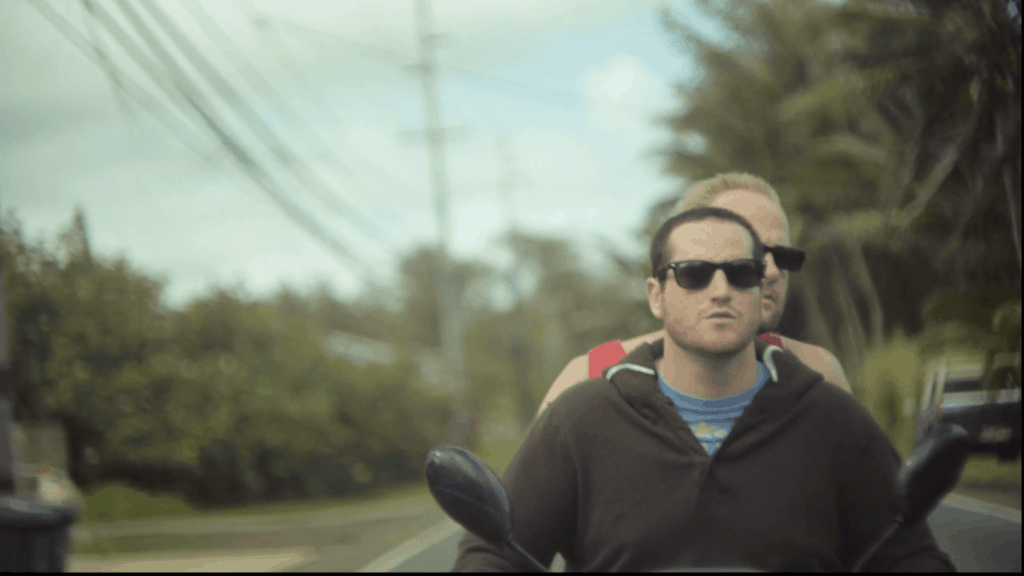 Opening upon an imageless black void of a screen, Nandan Rao’s Hawaiian Punch presents nothing (first the 3+ minutes) but the one-sided dialogue of a telephone conversation, already mid-discussion; lacking context, the focus of discussion gradually makes its introduction as the unidentified man speculates the root of his relationship woes through church attendance and the film project that will unfold before us.

Before any imagery arrives, a quote from George Q. Cannon, an Apostle of the Church of Jesus Christ of Latter Day Saints, on the topic of marriage and men (aged over 24), graces the nothingness shedding light on the film’s theme. It’s of Cannon’s belief that men that remain unmarried “are apt to do something worse” and are a “dangerous element in any community”. Worse than what, I don’t know. But, after this primer pretext we’re finally introduced to the setting and the characters, already mid-play. 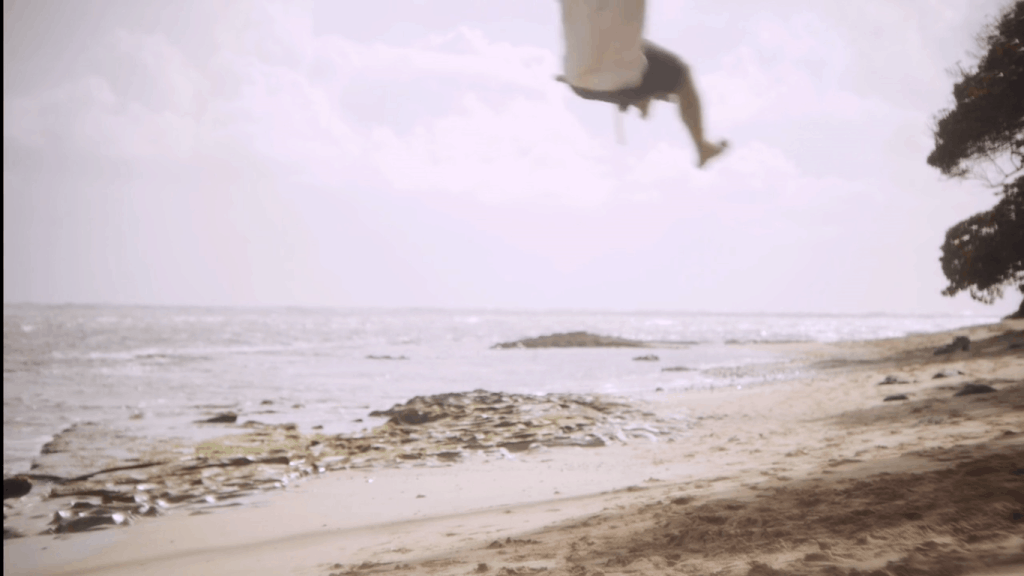 Tor Kristian Aanestad and Nicholas Boissonneault, fellow Mormons in Hawaii, spend their nights mingling and socializing with other twenty-somethings while their days are spent meandering the island, cruising on mopeds and backflipping off cliffs of varying heights. Carefree and fun-filled their unstructured days appear. Perhaps, this is what Cannon was alluding to in the preface, is this the “something worse” unmarried men inevitably become? Sure, Notorious B.I.G. rap-alongs might not be the most productive of ways to spend your time, but we all cannot be productive members of society 24/7. 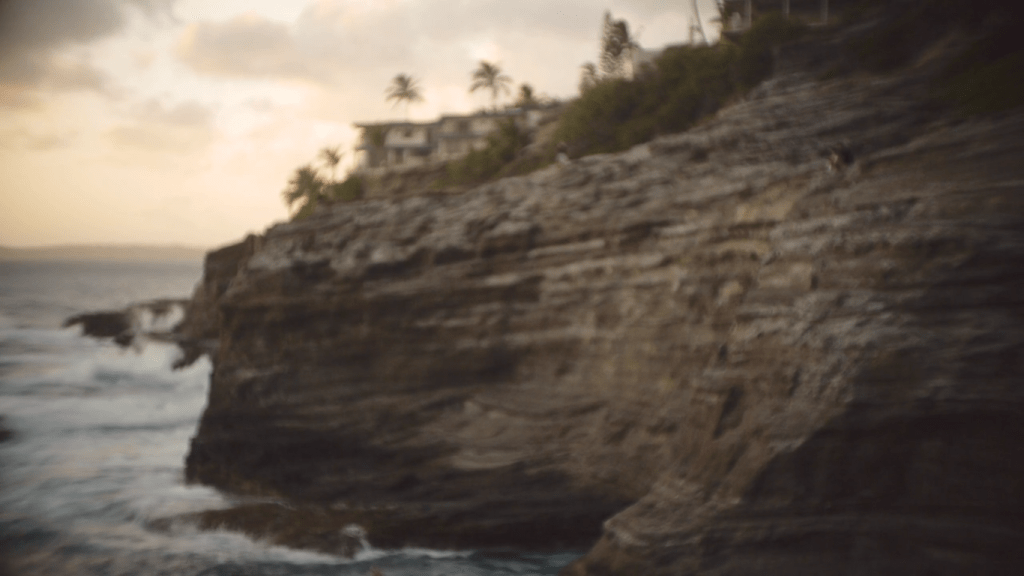 The lure of wanton recreation does, however, appear to be detrimental to their responsibilities to the Church as their faith seems to be diminishing over the course of the film. The Church, itself, is only ever presented in tableau, looming large and distant within a static frame. Discussions of faith and the future populate the tail-end of Rao’s playful amalgamation of stylings, sculpting and molding new versions of truth throughout…then, remolding those versions as well. 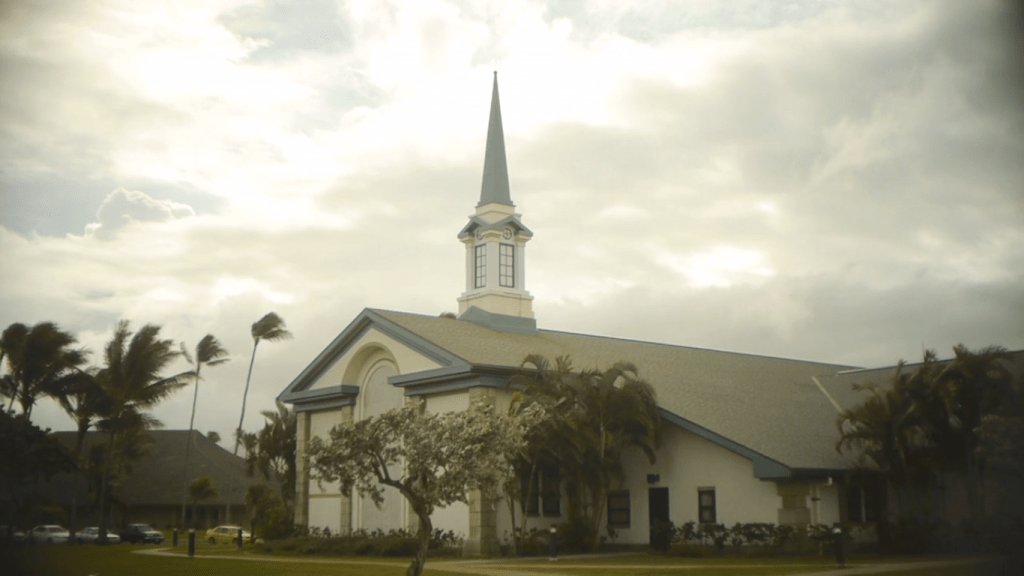 Rao (also handling editing duties) cycles through a number of genres and experimentations. A rhythm – deliberate or random – develops as we sift through black screens occupied with dialogue or the hum of the ocean; nocturnal, silent scenes of merriment and mingling; sun-saturated, uncentered frames of leisure; and an ever-wandering lense (manned by Rao as well) seemingly equally intrigued by the confines of the actions as the actions themselves, a measured surveying of the space housing these actions. Rao manipulates our perceptions of the proceedings through docufiction and behind-the-scenes discourses (genuine and/or fabricated).

An impressionistic slideshow of the introspective quiet moments alongside the joyous stretches of amusement.

YOU CAN VIEW THE FILM, IN ITS ENTIRETY, BELOW: