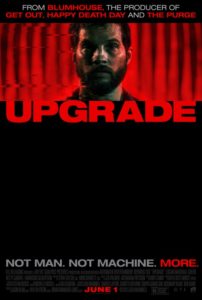 It was just recently that I was on a ’90s-sci-fi kick, thinking to myself that they just don’t make ’em like this anymore. Sure, we’ve had a couple mid-budget science-fiction offerings over the last few years; Dredd comes to mind, but by and large, we’re either left with giant CG-laden blockbusters or small-scale episodic content like Black Mirror. With Upgrade, in comes Leigh Whannell and Blumhouse to take the genre back to its glory days and deliver one of the most riotously fun sci-fi action films in years.

Though the film may have drawn inspiration from B-movies, Upgrade is certainly a cut above the rest, taking a slightly silly concept and developing it into a smart, witty script aided by some top-notch action and visuals. Logan Marshall-Green stars as Grey Trace, an analog guy living in a digital world. Set in a near future where humans use A.I. to control nearly every aspect of life, Grey prefers things the old-fashioned way. He makes his living fixing up classic muscle cars and selling them to rich collectors, one of whom is a billionaire computer genius working on a special chip called STEM that can be used to control literally everything.

After delivering the car to his client with the help of his wife, Asha (Melanie Vallejo), their self-driving car malfunctions and crashes, but instead of an ambulance, the couple is met by a group of thugs who kill Asha and shoot Grey in the spine, leaving him a quadriplegic. After the eccentric billionaire tech guy finds out about this, he propositions Grey to be the first to test out the STEM system in his body.

It works immediately, not only giving him the ability to move his body again, but he discovers the system is fully self-aware and can communicate with him. Together with STEM controlling his body, Grey sets out to find the killers of his wife and bring them to justice. 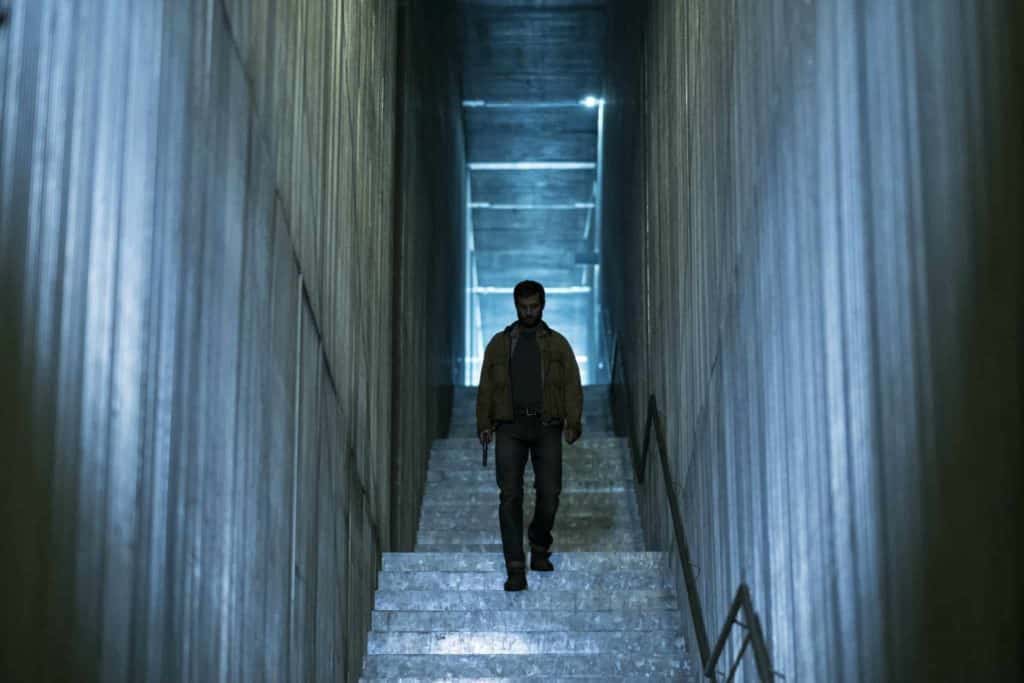 Bolstered by excellent production design, Upgrade feels like a world not unlike our own, just slightly more enhanced by the advancements in technology. Though the story is small in scale, this feels like a fully realized, lived-in world, with some incredible locations that rival Alex Garland’s incredible Ex Machina set design.

It’s ironic that Grey, a man who seems to actively despise the rapid advancement of technology, is now completely dependent on the most advanced technology anyone has ever seen to just help him walk. But STEM is so much more than that; see, when Grey allows him to do so, STEM has the ability to take over for Grey, essentially giving him superhuman powers that come in handy as he embarks on his bloody quest for revenge.

Logan Marshall-Green excels as Grey, delivering just the right amount of comedic notes and reacting appropriately to all the chaos to which he’s exposed. After the implant, his mannerisms and movement are altered, though not so much that it appears as he’s doing the robot, just slightly more stiff. He maintains this deliberate, calculated movement throughout the film, a small detail…but one that greatly enhances the experience. 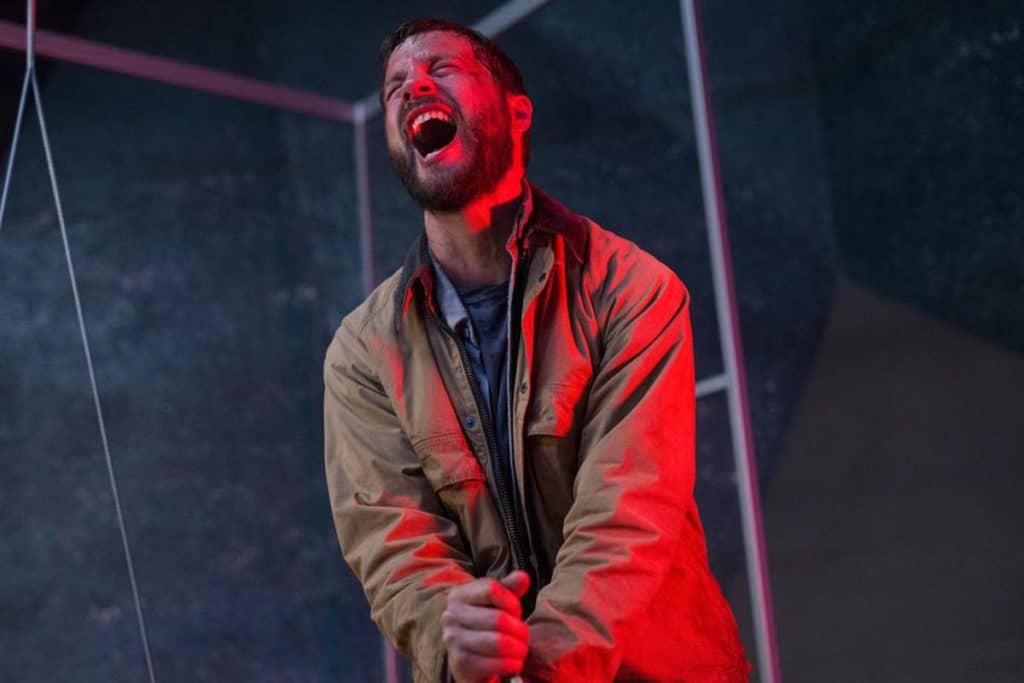 This algorithmic movement works into the action sequences as well, which, coupled with some incredible choreography and camerawork, make for some gobsmacking fights. They’re frantic, lightning-fast, brutally violent and will certainly evoke an audible reaction from most audience members.

There’s one car chase sequence that, while fairly short, felt lackluster compared to the hand to hand combat seen previously, a bummer considering some of the cool places they could have taken it with STEM behind the wheel. I could have done with one more solid fight sequence as well, as the overall package was surprisingly light on them, but when the action did hit, it hit hard.

With its gut-punch, rug-pulling, balls-out ending Upgrade is not to be missed and proves that there’s still a place for smaller-scale sci-fi faire. Go see this in a crowded theater with your friends and you won’t be disappointed.