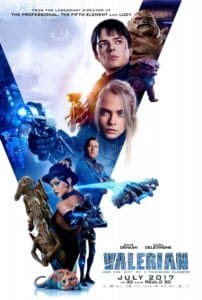 We often talk about movies that were “ahead of their time.” Ignored at the box office upon release with contemporary critical reactions somewhere between mixed and scathing, many titles go on to become influencers, and a couple of decades on, we look back and realize that it may have caught a train at a station that the rest of us didn’t even know existed yet.

Many of these movies are imperfect, but blazingly unique, and in the end, that’s what secures its long-term legacy. But sometimes we don’t know what’s actually going to achieve that status, and so it’s hard to be part of that first wave of viewers that sets it on its journey. So here’s a quick tip: Valerian and the City of a Thousand Planets is unequivocally and absolutely one of those movies.

Here is a beautiful mess, unrepentantly overstuffed from scene to scene, frame to frame. Luc Besson, who both directed the film and wrote the screenplay, has thrown every last idea on the drawing board into the project as it explodes off the screen, its color palette as varied and vivid as the concepts which drive it. In fact, there are so many ideas here that the story suffers as a result, at times reduced to bland speechifying and mounds of action clichés. Yet in every other aspect, the movie is its own in a way that few other major blockbusters can claim to be, especially in the era of over testing and spoon-fed formula.

Based off an influential French comic book series, Valerian and the City of a Thousand Planets takes us to the 28th century. Thanks to interspecies missions and relative cooperation, countless species from around the universe have converged into navigable hubs. Their assembly becomes actual in the megacity of Alpha, a metropolis floating in outer space where its 30 million residents hail from all corners of the inhabited worlds. 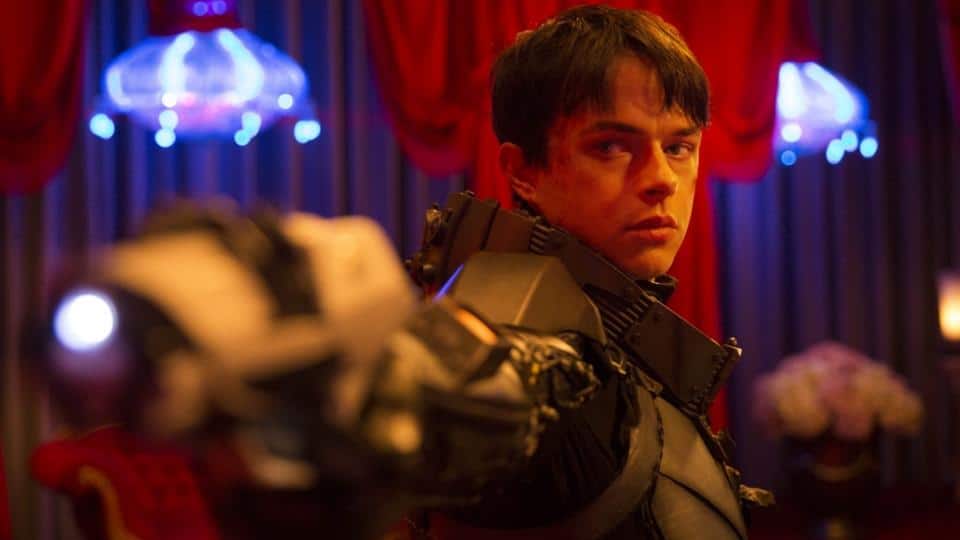 It’s where Valerian (Dane DeHaan) and Laureline (Cara Delevingne) – two soldiers from the central, interplanetary government – have traveled on a mission. He’s cocky but allegiant; she’s headstrong and independent. They make quite a pair.

What’s their mission? The case can be made that the movie doesn’t care that much. Besson develops a tale of some kind, involving a peaceful faraway species whose planet is destroyed as collateral damage in a war, thus setting into motion a mass destabilization of their world that brings hard consequences to other worlds. But Valerian and the City of a Thousand Planets is more interested showing off the full-throated insanity and eye-popping realms that it has birthed.

Herbie Hancock plays an intergalactic defense minister. Clive Owen’s a tricked-out military commander. Rihanna shows up as a shapeshifting cabaret performer. Ethan Hawke is a spacefaring pimp whose decked-out look puts even the most eccentric of his earth-bound counterparts to shame. And these are just the humans. 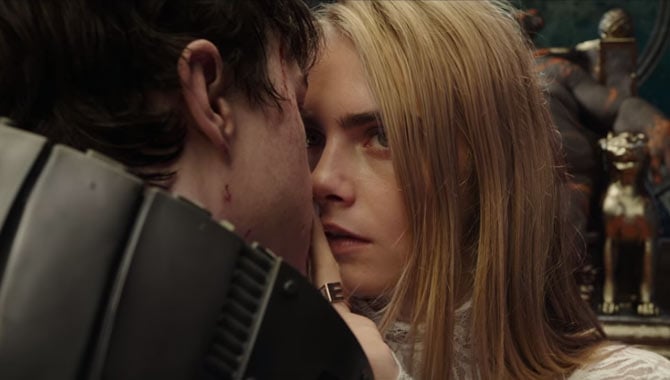 Wait until you see the crowded, interdimensional marketplace that can only be accessed and interacted through special gloves and goggles as you wander throughout a seemingly empty desert. Or the trio of duck-billed creatures who offer valued intelligence to the main characters (for a fee) and require all three of their members to finish a sentence.

This is all a bit much, to be frank. There isn’t a second of downtime in this movie’s two and a quarter hours, and it feels like a case thesis for style over substance. Maybe it’s only overwhelming to our 2017 sensibilities, and by 2047, when nearly every major sci-fi creator calls this movie one of their childhood favorites, we’ll see how ahead of the curve it was. But this is a review for now, where we haven’t the benefit of hindsight. All that can be written is what is perceived as a first reaction.

Valerian and the City of a Thousand Planets rides so relentlessly on its candy-colored aesthetic, its lightyear-a-minute worldbuilding, and its obsessive intention to be the most of everything that the script falls behind. The dialogue is rather pedestrian and inane, with exposition delivered in awkward chunks, and an anvil-like message about love conquering all that Besson has never gotten tired of.

This affects some of the on-screen talent. As lead actors, DeHaan and Delevingne end up giving curiously understated performances. They seem out-of-place, as the deliriously over-the-top supporting cast is far more impressionable, assembling a rogue gallery of European character actors (and some Americans too) who otherwise feel at home among the punchy universe and its CGI inhabitants.

It feels like Besson couldn’t quite figure out how to reconcile the need for an audience to recognize structure, while showing them something new. What we’re left with is a rather conventional main storyline set in a world where literally everything else is 180 degrees away from conventional. The thinness of the plot is amplified when there’s so much creativity going on behind it.

But with the atomic detonation of wow going on in every shot, packing to the brim in one movie what a normal studio franchise can’t fit in five, there’s a lot to unpack and enjoy that goes beyond a shoddy screenplay. Talk about a redemption from another place. The plot is a stroll. This movie is a trip.