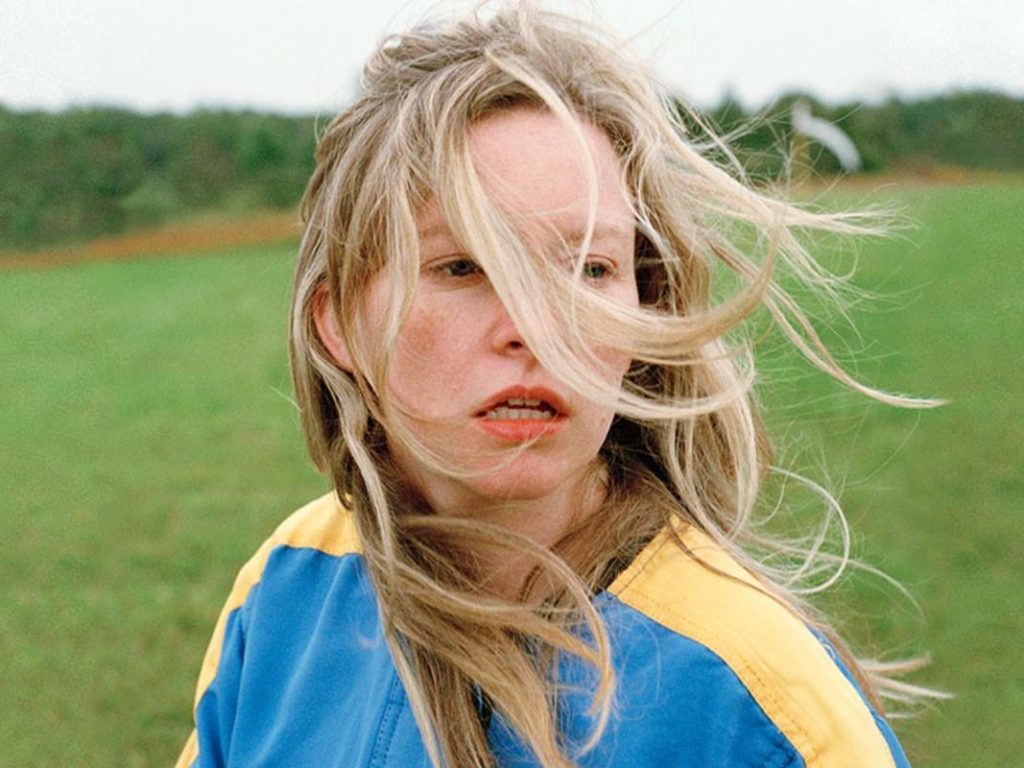 Anne (played by Deragh Campbell) is introduced as a woman in the middle of preparing to jump out of an airplane, hurling herself through the clouds towards the earth below and partaking in playtime that the daycare center where she works. For all intents and purposes, she appears to be happy and content in her dual, alternating moments of work and leisure, but that carefree disposition will present itself as something else entirely and contentment will soon fade, as her professional and social responsibilities mount an unmanageable offensive.

Anne’s overall temperament, which comes off as light-hearted and healthy at first, steadily becomes ever more evident that it is more detrimental than perceived at first glance. The daycare center where she is employed seems like the perfect match, given her chemistry with the young children in her care, until that chemistry is exposed as more of a kinship to the those she supposed to be in charge of, a longing of immaturity and the ability to reject duties driven by an aversion to authority, both toward those in a position of authority over her as well as the prospect of her being in that position over others.

When playtime arrives, you are more likely to see Anne tunnel-visioned by the allure of fort-making and storytelling than by any semblance of responsibility, such as dutiful supervision and/or anticipating any potential dangers. Everyone in her orbit (whether it be work colleagues, family or otherwise) is far too serious for her taste. She just wants to make jokes and create her own entertainment, free from judgment and without having to acknowledge any unfavorable reactions. And, given her overall tendency toward being blithe in most (if not all) situations, she is routinely face to face with unwanted judgments, exasperated by her penchant for putting people in awkward situations for her own amusement.

This may be due to a desire on her part to force individuals into feeling exactly the way she feels on a day-to-day basis, with manufactured impromptu simulations of how she experiences professional and social situations aiming at something like forced empathy. It is hard to resist the urge to judge Anne, to list out all of her shortcomings and falterings, but, truth be told, the audience is only privy to a relatively small collection of moments that make up a specific point of time in her life. All that is presented are those moments, mid-descent of a woman seemingly unraveling from the compounding pressures surrounding her.

There is ample evidence pointing to a number of mental illnesses that could conceivably be afflicting the film’s protagonist, but director Kazik Radwanski never explicitly states or gives an explanation for Anne’s spiraling. So, any viewer who may indulge their psychological diagnostic muscles would be doing so based on pure speculation, leading to a tenuous judgment. Radwanski appears to harness that natural inclination, to judge and diagnose, and utilize it in furthering the escalating tensions.

The decision by Radwanski, along with his cinematographer, Nikolay Michaylov, to shoot exclusively in close-up not only accurately captures and represents Anne’s state of mind but it also, in a way, makes the audience complicit in these mounting pressures. The viewer is yet another individual invading Anne’s personal space and contributing to the stress that she experiences in nearly every moment. The unrelenting tight frames negate any possibility for a moment’s peace or room to breathe for Anne, making the entire viewing experience quite unsettling and tense.

The film is anchored by a varied performance from Deragh Campbell — a portrayal that sees her traversing the entire length of the emotional spectrum, end to end, sometimes with a dizzying quickness. Remarkably agile throughout, Campbell is somehow able to personify both vulnerability and strength simultaneously, always on the verge of teetering fully into one of those modes of existence.

It is not a stereotypical display of strength — but rather a strength mired in self-preservation — that can be seen as selfish or childish (in some ways it is), given that he besets Anne’s vulnerability through a defense mechanism of deflecting indifference. It is also a performance that sees her jumping out of an airplane — no stunt double, no creative editing, just an actor jumping out of an airplane in order to garner a free-falling parallel for the film’s narrative.

It is the exhilaration she gets from breaking free of everything and the stress she feels from the weight of the world encroaching around her. She just wants a break, or rather a succession of breaks, establishing a life free of responsibility and authority.