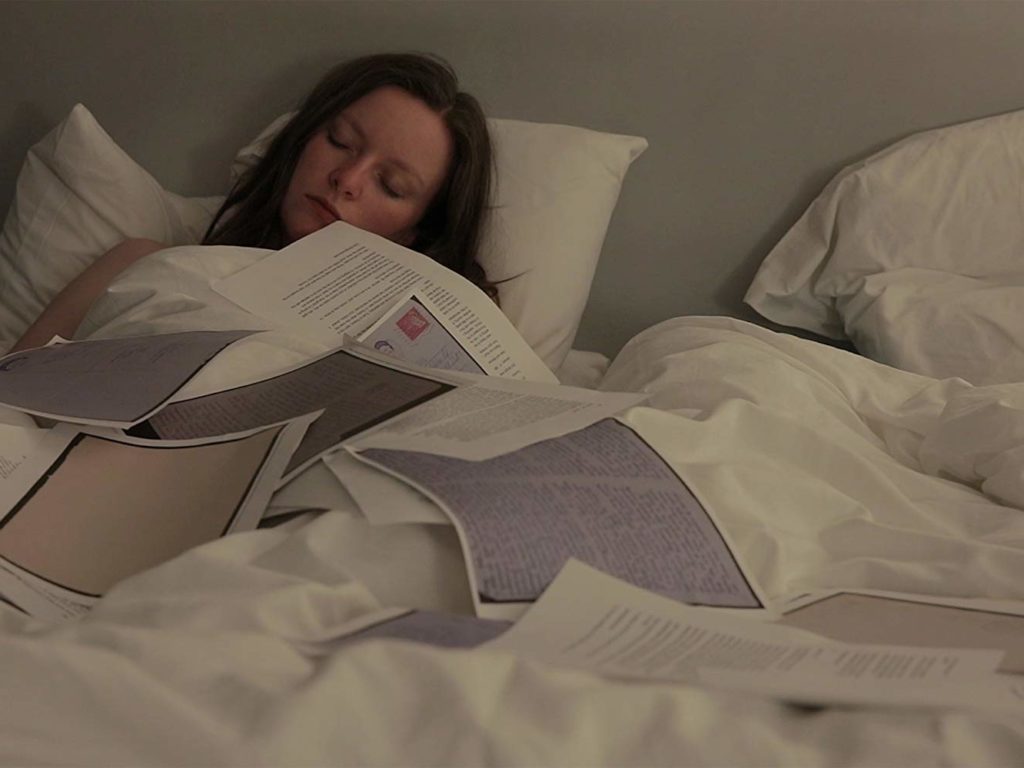 There is a line found in the correspondence between Polish poet Zofia Bohdanowiczowa and Polish author Jozef Wittlin, where one says to the other, “sit in a quiet corner and enjoy your soul.” The filmmaker tandem of Sofia Bohdanowicz (great-granddaughter of the aforementioned poet) and Deragh Campbell take that direction to heart by centering the majority of MS Slavic 7 around that exact piece of advice.

The film’s title doubles as the call code at the Houghton Library at Harvard University for a collection of letters written from Bohdanowiczowa to Wittlin between the years of 1957 to 1964. Both writers were displaced during WWII, with Zofia relocating to Toronto by way of Wales and Jozef living in New York City. Literary executor, Audrey Benac (played by Campbell as a surrogate for her co-director), gains access these documents in part because it is her responsibility (one that she takes very seriously) but more so because the sheer act of rifling through these papers brings her great pleasure.

A small room at the Houghton Library is her quiet corner, and her solitary pursuits of genealogical academia seem to evoke an immense joy in her life. You can tell in the way she delicately folds and unfolds each letter with the lightest of touches, exclusive fingertip holds reverse-engineering each step in the preparation for its temporary home. She is just as enamored with the tangible aspects of the letters as she is with their contents, treating them like ancient artifacts from the beginning of time.

Audrey’s obsession with the letters extends into quasi-interviews that she partakes in at a local coffee shop, where she not only breaks down the writing and the repetitive symbolism used throughout but she also delves deep into the inherent qualities of a letter as an object. Verbalizing their essence to an unknown individual, she wanders out into the weeds thinking her way through their importance. Every facet of these letters has become her life — so much so, that it has become the only way in which she can really connect with other people. 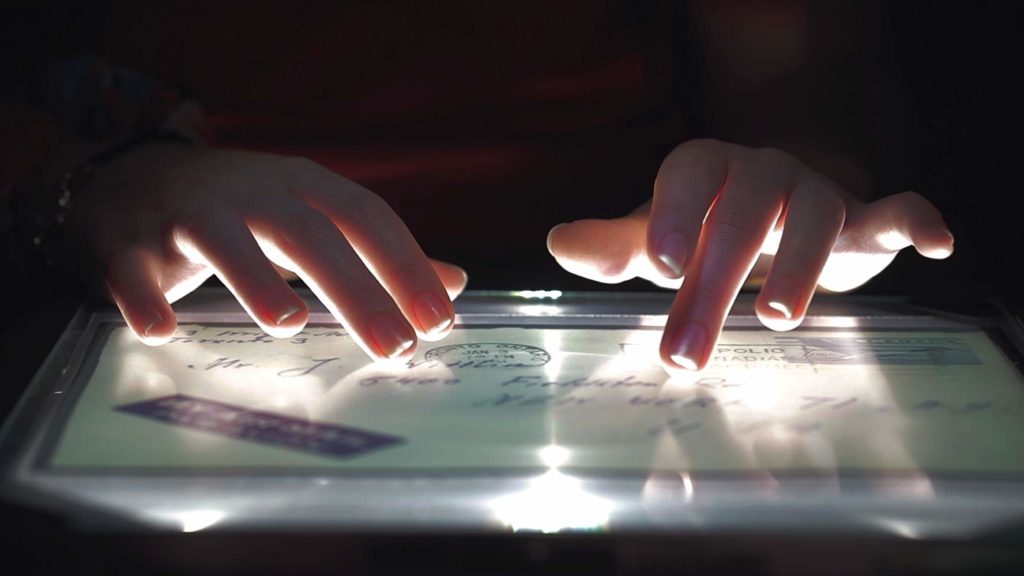 Bohdanowicz and Campbell accentuate the peacefulness of Audrey’s endeavor as well as her infatuation with the articles themselves by focusing the camera in close, most of the frame devoted to Campbell’s hands gingerly manipulating the pages. They are drawing our focus in tandem with her focus, putting the viewer in Audrey’s headspace. Alongside this narrow focus is the lack of any accompanying audible translations of the text, with no voiceover recitals of their contents. Instead, Bohdanowicz and Campbell go the route of having on-screen subtitles appear at the bottom of the frame, translating particular excerpts as if presenting Audrey’s internal dialogue telepathically to the surface.

It is easy to see why Audrey prefers the peaceful confines of an archive surrounded by the intermittent rustling of paper. Much of her interactions, which mostly take place at a relative’s 60th wedding anniversary, are mired in frustration and an inability to connect or communicate the importance of what she is doing. Her goal of someday public exhibiting her great-grandmother’s correspondence is met with skepticism and concern.

Bohdanowicz and Campbell have collaborated on a small-scale docufiction that showcases the ability for individuals to partially find themselves through a connection with the past, especially when that individual comes from a family that is countryless, so to speak. Audrey is able to find a kindred spirit in her great-grandmother through her words as speaks about being without a homeland. So too does Audrey begin to understand her inability to connect with her Polish family. The of being uprooted  and the lack of connection that comes with it have been passed down through each generation, and Zofia Bohdanowiczowa’s words on the matter seem to be a great solace.