A second trailer has been released for The Assignment, which stars Michelle Rodriguez as a (former) hitman who’s captured and subjected to forced gender reassignment surgery. Then, the quest for revenge against The Doctor (Sigourney Weaver) is on. Think of that premise what you will and watch the new trailer above. There’s also a new poster below.

Directed by Walter Hill, The Assignment will be in theaters on April 7th.

Following an ace assassin who is double crossed by gangsters and falls into the hands of rogue surgeon known as The Doctor who turns him into a woman. The hitman now a hitwoman sets out for revenge, aided by a nurse named Johnnie who also has secrets. 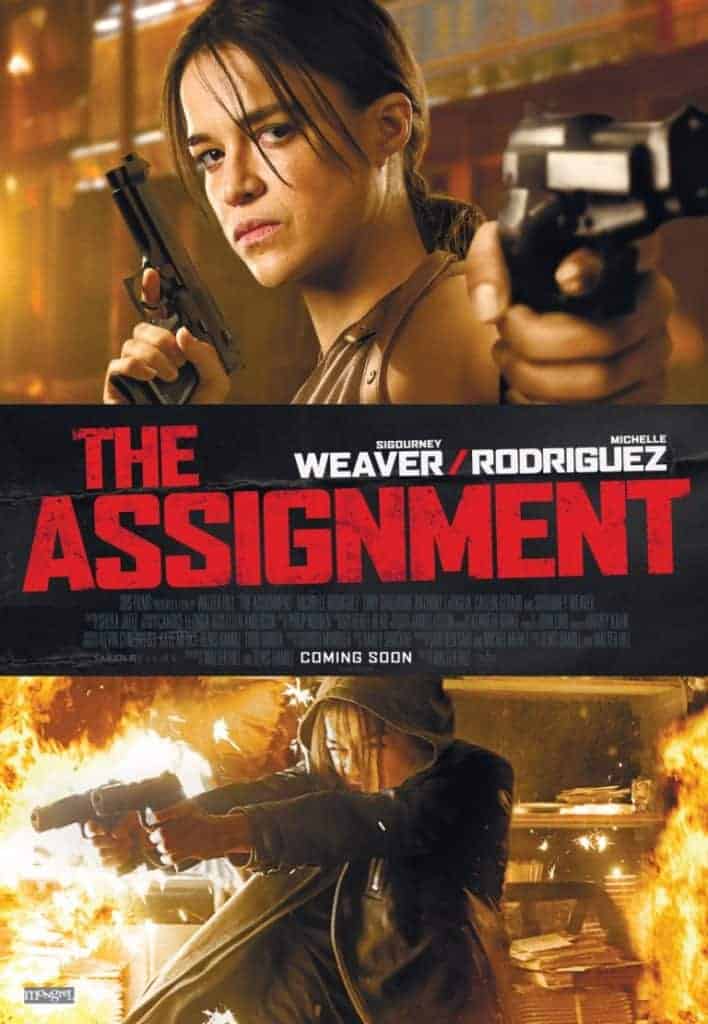