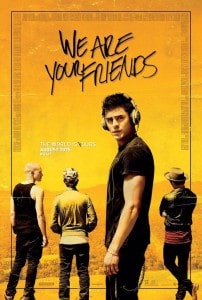 Much like the Electronic Dance Music at the core of its story, We Are Your Friends samples beats from several other sources. While the film doesn’t reinvent the dramatic story of an aspiring artist who dreams of making it big, it arranges the raw materials in an exuberant, stylish way – kind of like a good EDM song – even if some plot mechanics drain a bit of the verve from the melody.

San Fernando Valley-based DJ Cole Carter (Zac Efron) is trying to come up in the EDM scene (or whatever the kids call it these days). To pay for tank tops and headphones Cole performs in side rooms and promotes clubs with his buddies: aspiring actor/drug dealer Ollie (Shiloh Fernandez), faux manager/rabble-rouser Mason (Jonny Weston), and smallish nice guy Squirrel (Alex Shaffer). A chance meeting with established DJ James Reed (Wes Bentley) provides Cole with a connection in the industry, and the superstar spinner takes the youngster under his wing. Dramatic upbeats and downbeats follow, driven by James’ functioning alcoholism and Cole’s ambition to succeed – both at music and in bedding James’ personal assistant/friend with benefits Sophie (Emily Ratajkowski).

Director Max Joseph and his co-writer Meaghan Oppenheimer tactfully drop us into the lives of Cole and his cohorts without belabored setup. The bright, washed out haze of the valley gives off a slackery vibe, contrasted by the club scene shown with blacks and purple strobes, making it appear like something to aspire to. We also buy Cole’s determination to get there without needing on-the-nose monologues or over-emoting. Efron conveys earnestness while mixing beats on his laptop, and steadily increases his head and body bouncing when playing live gigs. He’s serious about his craft, and serious about having a good time with it, too. 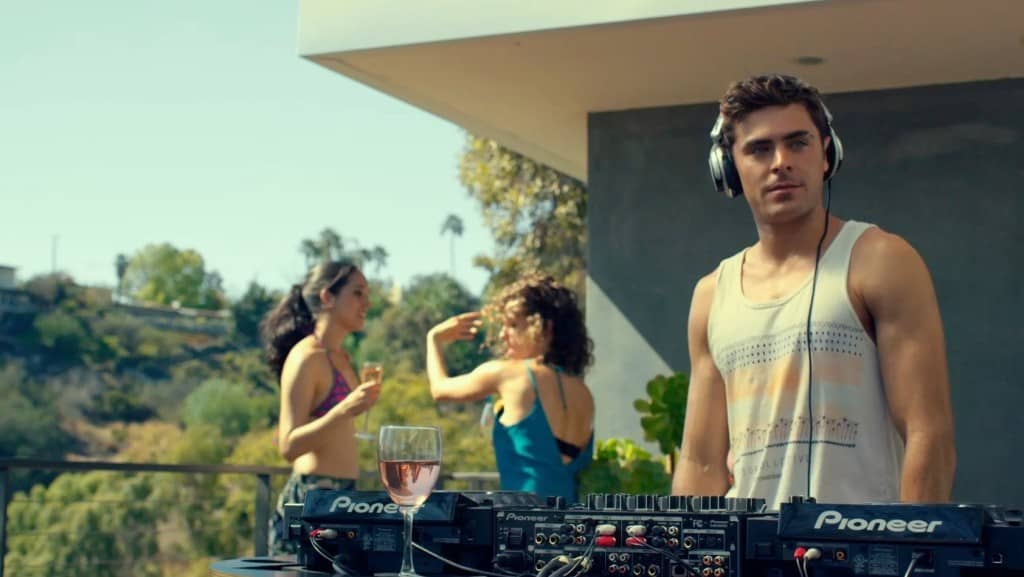 We Are Your Friends is all about the energy early on, with flourishes from Joseph representing the lifestyle. While at an art gallery, a drug trip brings paintings to life and eventually turns the space into a cartoon fantasy. Words and images fly across the screen as Cole explains to Sophie the role of a DJ and the science involved in building the crowd to euphoria. It’s actually quite interesting, but strangely the excitement wanes when the scene devolves into cutting between Ratajkowski’s cleavage and her come-hither look as she sways to Cole’s beats.

The saggy middle section of the film is a bit disappointing as well, turning into a string of melodramatic clichés. There are fights, love triangles, tested friendships, and a requisite tragedy. To its credit, We Are Your Friends is aware of its bromides, working through them without digging too deep or treating the proceedings with a pretentious reverence. As one character notes after one of the developments, “It was inevitable it would happen. Just deal with it and move on.” One sub-plot that’s a little too much involves Cole and his friends working for a shady businessman (John Bernthal), who preys on desperate people facing foreclosure. The exemplar of harsh reality is dispensable and also redundant in attempting to establish Cole as a good dude with a conscience.

Efron is likable enough, if a bit plain, onscreen that we don’t need too many reassurances of his nature. He also works well with a very good Wes Bentley, who successfully underplays his laments about “selling out” while always making sure the weariness is present.

The movie works best when schmaltz succumbs to the music and the feeling that goes into making it. Though he climax with Cole creating his perfect track gets a little hokey, the sentiment fits the theme of paying attention to the world around you and using it to find your unique voice. It’s not a mind-blowing, or even a unique, idea, it’s just presented in a way that’s relatable and relevant. We Are Your Friends never gets us to feel the depths of agony or the heights of ecstasy, but it’s got a good rhythm.